The event formerly known as the Melbourne Festival is back, with synthesizers, sculptures and thousands of tiny fires. Here’s our pick of what to see, hear, feel and touch this October. 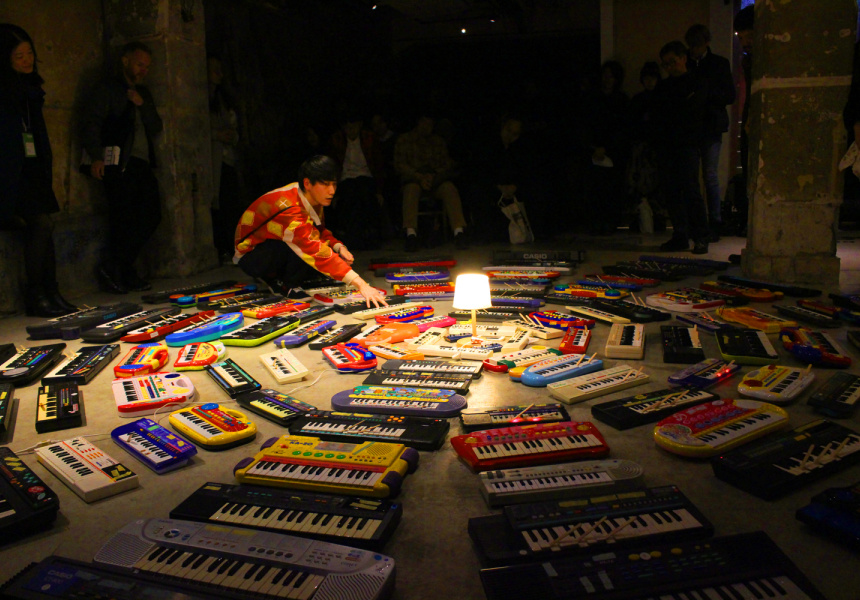 The Melbourne International Arts Festival (formerly Melbourne Festival) has released its full program promising another October full of music, theatre, visual art and installation. We’ve sifted through the sprawling line-up to bring you our favourites, from the fun to the sublime to the bizarre.

Theatre
These aren’t your standard theatre experiences – this year’s festival sees an emphasis on innovative forms of live storytelling.

We’re most excited about UK theatre-makers Vox Motus’s Flight, which tells the story of an asylum seeker’s journey from Syria to the UK, through a series of miniature model boxes cycling in front of the audience. The effect, we’re told, is like reading a living graphic novel.

Also from the UK, Curious Directive’s play Frogman will use VR headsets to create a fully immersive virtual theatre space, and Dickie Beau’s one-man-show-meets-seance Re-Member Me involves a man lip-syncing to channel dozens of dead thespians.

Music
German glitch and minimal techno artist Alva Noto will join Japanese electro-pop pioneer Ryuichi Sakamoto (of Yellow Magic Orchestra) for a very special performance. Their collaborations, including the soundtrack to the film The Revenant, are critically revered, but their live performances take things to a new level.

But the most intriguing event for our money is Japanese sound artist Asuna’s 100 Keyboards, in which the same key on a hundred tiny little plastic keyboards will be played at once, creating one huge sonic drone.

Visual art
There are a number of unmissable exhibitions on the program. Gertrude Contemporary will present ZZZZZ, a major new show exploring sleep in art, featuring everyone from Andy Warhol to collective Chicks on Speed. At the Centre for Contemporary Photography, there’ll be a show by British artist John Stezaker, who uses the deceptively simple medium of collage to startling effect. Irish artist Eva Rothschild, will take over ACCA with a series of newly commissioned minimal sculptures.

And having crawled out from under a road in Hobart, multi-disciplined Mike Parr will be turning his attention to glass sculpture in a collection of new works at Anna Schwartz Gallery.

Installation and experience
Plenty of interactive installations will reimagine public and private space across town throughout the festival.

The fifth MPavilion will open in the Queen Victoria Gardens, where it will remain until February. Spanish architect Carme Pinós has designed the new hub, which will be a home to more than 400 events over the spring and summer.

Across the road at the Arts Centre is a very different temporary structure. Christian Wagstaff and Keith Courtney, who disoriented and entertained us last October with their House of Mirrors, return with 1000 Doors, another maze of halls, rooms and antechambers to get lost in.

This is nowhere near all of it. There are 41 events in total. Get booking.

*The Melbourne International Arts Festival runs from October 3–21.
Tickets are available from festival.melbourne. *