Local filmmaker Madeleine Martiniello will tell the story of the charismatic 82-year-old who came from Sicily to “Foot-is-cray”, and helped normalise multiculturalism with Baroque-style furniture and low-budget TV ads. Photography: Courtesy of the ABC
1/9 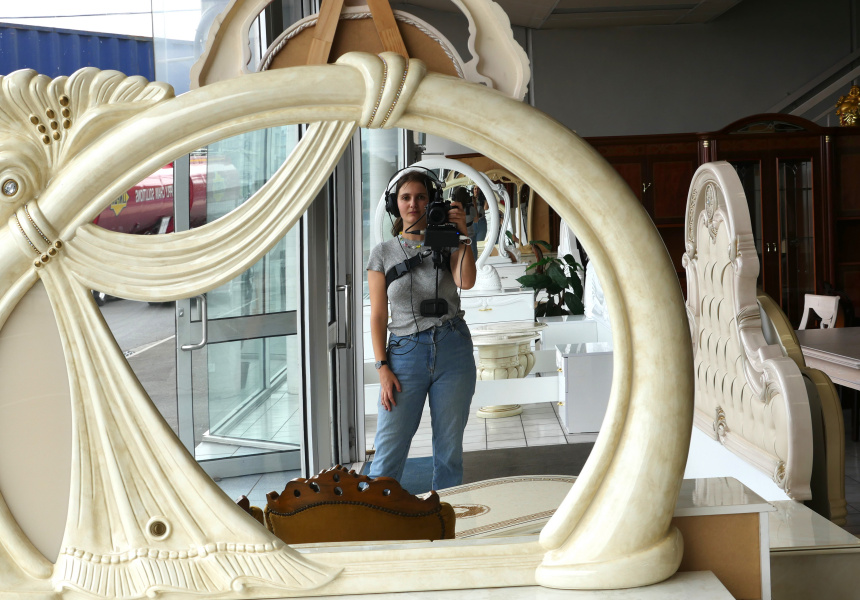 On January 26, 1956, 21-year-old Franco Cozzo arrived in Port Melbourne after a 32-day boat ride from Italy. He wasn’t supposed to arrive on Australia Day – his ship from Sicily was a few days late after getting held up in Perth, so there was no one to meet him. “I get a taxi, I go to Coburg,” he says in his famously thick Italian accent.

In the early days he was a door-to-door appliance salesman in Melbourne’s inner north. Then, over six decades, he built a furniture empire and a legion of loyal customers and local fans.

“The public love me and they make me feel … very happy,” says 82-year-old Cozzo, whose elaborate Baroque-style imports – now almost as iconic as the low-budget television ads he’s used to spruik them since the ’80s – are the pride of homes around the city.

“I gotta make the public happy, because without the public I'd be dead. I love [the] public.”

Beyond the giant clam-esque bedheads and “cult of personality” is a savvy businessman, television pioneer and champion of multiculturalism, whose story Melbourne filmmaker Madeleine Martiniello wants to tell.

“I'm interested in what drives a 21-year-old from a tiny rural Sicilian town to come to another country and really put his name in lights,” says Martiniello. “[From] the first day he arrived in Australia he knew he wanted to be somebody people knew.

“I've passed his stores over and over again always … curious about him as a person and Melbourne personality.”

It’s been more than two years since Martiniello called Cozzo at his Brunswick store and asked if she could make a film about him. After “a little bit of a dance for a few weeks” he agreed, she says. (“When she came here the first time [it looked] like God sent some angel here. I can tell you she's a fantastic woman [with] a top heart,” Cozzo says.)

The film will explore Franco Cozzo’s personal history, yes, but it will also tell the story of evolving immigrant groups in Melbourne over that time.

Cozzo was part of the 1950s postwar wave of mostly Mediterranean migrants, as were his early customers. But now he’s more likely to sell one of his plush leather lounge suites to a Chinese, Somali or Middle Eastern family.

Footscray, the home of Cozzo’s other remaining store, which he famously dubbed “Foot-is-cray” in his ’80s TV commercials, is “a microcosm for the whole story”, Martiniello says. “Footscray has changed in the same way as his customer base has changed.”

Visiting some of Cozzo’s customers’ homes will be a chance to create a portrait of Melbourne’s migration history in “the most intimate way possible”, she adds, because “looking at people's houses shows a lot about who they are and their culture.

“Lots of people walk past the stores and sort of point and laugh and ask who would buy that?” she continues. “But people do buy that and to them that represents style and taste. I think it's definitely something about Australian culture that we see this detailed Baroque furniture as being ‘gaudy’ or something, but I do think we need to interrogate our own class assumptions around that.”

The film will also consider Cozzo, who presented Australian television’s first non-English musical variety show, Carosello, in the late ’60s (around a decade before the first SBS TV broadcast in 1980) as an early adopter of the medium, and a pop-culture icon.

His tri-lingual advertising (Italian, Greek and English) “really drives people crazy but sticks in your head”, Martiniello says. “It's just a TV ad but it has a place in the public consciousness.”

The film will show Cozzo as “an important figure in normalising multiculturalism” in Melbourne.

The unlikely pair are also planning a trip to Cozzo’s hometown in Sicily, which he hasn’t visited for five years. “She will come with us and she will be like a daughter,” Cozzo says of Martiniello.

In December 2019, Martiniello received a second round of funding from Screen Australia, which will be used for the next stage of production. The film is now nearly fully financed and Palazzo di Cozzo will be finished in late 2020 for release on the ABC in 2021. Cozzo promises a publicity event at Carlton’s San Remo Ballroom to celebrate.

In the meantime, Cozzo will go on with his busy daily life: 10 kids, two houses, 14,000-plus Facebook fans, visitors popping by his stores daily for photos.

“Italia is where I was born but this is my country,” Cozzo says. “I love Australia, I love the public of Melbourne, anything you need, Franco Cozzo is with you all the way!”

This article was updated on November 27, 2020 to include confirmation of the 2021 premiere on the ABC.