Each year a small but dedicated band of cinema devotees commit to seeing 60 movies or more during the festival. We spoke to four veterans to find out why. 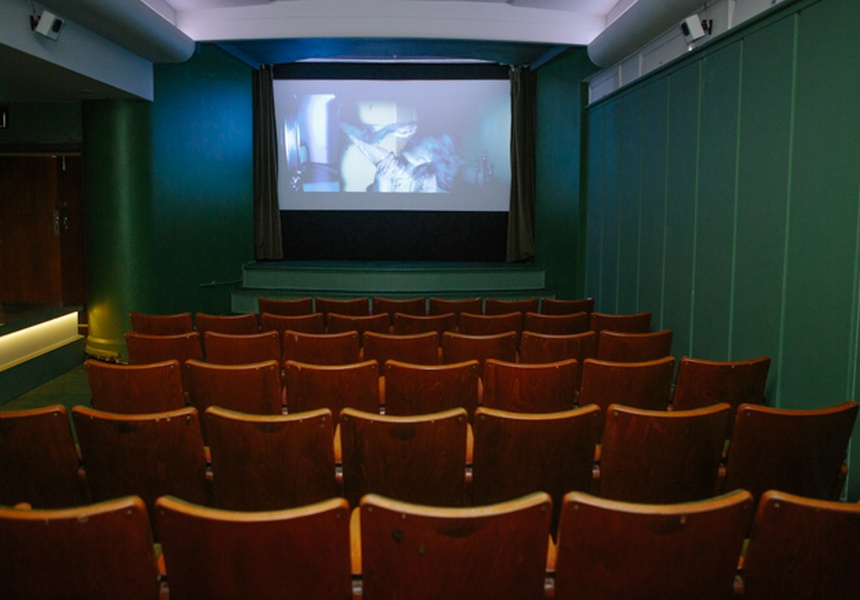 Maybe you’ve heard of them, even questioned their existence. Who in their right mind would put themselves through so much cinema? What drives them? What kind of wear and tear does it have on a person? Do these people have jobs, or what?

What’s the most films you’ve seen at one festival?
For MIFF's 60th anniversary in 2011, I was one of the festival's bloggers, charged with the task of seeing and reviewing 60 films.

How many films are you planning to see this year?
I have a Mini Pass this year, sadly 10 films is all I can fit in. It always amuses me when I tell people this and they remind me that 10 films is usually how many they see in cinemas each year.

What is it about MIFF that makes seeing so many films in such a short time appealing?
MIFF falls at the perfect time of the year in Melbourne. It's cold outside so a warm cinema is attractive and you don't feel as though you're missing out on anything if you decide to see three films back-to-back on a Saturday.

How do you fit them all in and still have a life?
When I tackled 60 films I really didn't have much of a life outside the cinema walls. This year I've had to make MIFF fit into my life, not the other way around.

Do you remember the films afterwards?
If my life depended on it I could not tell you even the names of most of the films I saw at MIFF in 2011.

What toll does seeing that many films take?
There's a real danger of movie burnout when tackling 60 films in such a short time frame. I know people who aim for this number each year and love it, but for me it was too much of a good thing.

Would you do it again?
Never say never – but it's unlikely.

JOANNA DI MATTIA
Works in publishing. Has been going to MIFF seriously since 1999.

What’s the most films you’ve seen at one festival?
This year will actually be my biggest since I was a Ph.D. student and had more time on my hands. Back then I would see about 30 to 40 films, mostly ‘cause I couldn't afford more.

How many films are you planning to see this year?
I’m booked into 62 sessions, but I am also realistic – I may need to take a day or night off.

What is it about MIFF that makes seeing so many films in such a short time appealing?
It's easy, really – it's the chance to see a lot of films that you just know are not going to have a release in cinemas, and knowing this might be your only chance.

How do you fit them all in and still have a life?
You don't have a life outside the festival, really. You get up early, get organised to leave the house, stay out most of the day and night and then come home, go to sleep, and get ready to do it all over again.

What toll does seeing that many films take?
Some of the downsides are lack of sleep and sunshine. With a bit of a dodgy back, I need to be careful to spend the time between screenings walking or at least standing up.

Will you do it again?
Yes, I would. I'd do it every year if I could.

How many films are you planning to see this year?
Around 70.

What is it about MIFF that makes seeing so many films in such a short time appealing?
There is something special about being able to become immersed in an art form – and with those who also love it – so completely. If you've managed to pick the right films, seeing great movies can make you want to watch more great movies.

How do fit them all in and still have a life?
Given that watching films comprises a large part of my life as film critic, MIFF feels like a heightened version of that – with less sleep, trickier schedules to juggle, and more people around.

Do you remember the films afterwards?
I take notes, which I do at every film I see anyway, which helps – as long as I can read my messy, scribbled-in-the-dark handwriting. The great stuff will always stay with you.

What toll does seeing that many films take?
It can be draining – physically, because you're sitting down all day every day; mentally, in consuming so much content in such a short time; and emotionally, because every film you see will hopefully elicit some kind of reaction.

Would you do it again?
I have done it before, and I'm sure I will do it again. It is rather addictive!

LEE ZACHARIAH
A Melbourne film buff and writer. You may recognise him from the ABC comedy series, The Bazurah Project.

What’s the most films you’ve seen at one festival?
I saw 65 films at MIFF in 2010. Afterwards, I looked like Apu when he thinks he's a hummingbird.

How many films are you planning to see this year?
Only about 13, which would shock the me of a couple of years ago into paralysis. I don't have the stamina I once did.

What is it about MIFF that makes seeing so many films in such a short time appealing?
It's the shared experience. It's why film festivals will survive even if/when cinemas largely die out: people are willing to devote a week or two to bingeing on something if their friends and colleagues are doing it as well, because there's an excitement to the communal event.

Do you remember the films afterwards?
It's such a focused, intense event, you're paying more attention than you may otherwise. People don't believe me when I say I can remember all of the 65 films I saw in a two-and-a-half week period in 2010, but it's actually true.

What toll does seeing that many films take?
The best toll! You're tired, but it's a fun tired.

Would you do it again?
Absolutely! I wish I was doing it this year.