Listen to This: Slum Sociable 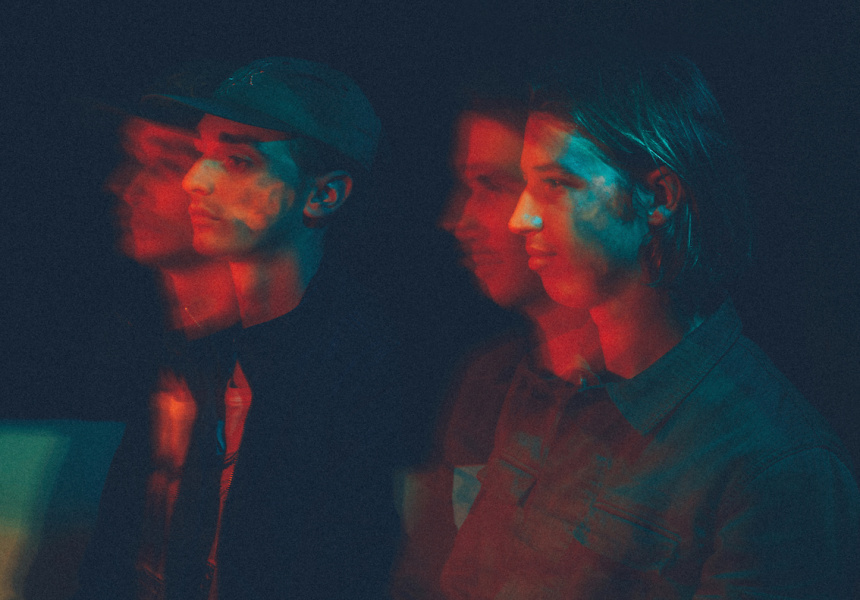 The beauty of Laneway Festival is – clashes permitting – the chance to to see all your recent favourites play in the same place on one day. It’s also a prime opportunity to discover some excellent new Aussie acts, and Slum Sociable is a great place to start.

Edward Quinn and Miller Upchurch make up this musical duo that emerged only last year when it supported #1 Dads. Its debut EP is TQ. With Quinn on vocals and producing duties, and Upchurch on bass guitar, they make the sort of music that wouldn’t have been out of place on a Ninja Tune compilation CD circa 2001: imagine Amon Tobin, Cinematic Orchestra, Bonobo. Live, they come fleshed out with a band and promise to give us #nonstophits.

Broadsheet: Where did you grow up and where do you live now?
Edward Quinn: We grew up in Beaumaris and Mordialloc respectively. But now live in McKinnon and Highett respectively.

BS: Any local haunts you can tell us about?
EQ: We rehearse in Mordialloc, so we usually frequent a place called Sidestreet for a couple of refreshing ales once we’ve got the rocking-and-a-rolling out of the way. Our favourite place in Melbourne is the couch, at home, smashing a 6er w/pesto dip (no crackers), alone, together.

BS: You describe your music as “lo-fo, washed-out jazz-hop”; can you break that down?
EQ: Our recording methods for our EP were quite lo-fi, and I think lo-fo was a spelling mistake that we rolled with. The washed-out nature maybe refers to the drenching of particular instruments in reverb, and “jazz-hop” exists because we’re big fans of the ol’ diminished chord and Ja Rule. Essentially, the music we make is influenced by a lot of different genres, so we tried to cram as many in our bio as possible. It’s kind of hard to describe without sounding like a portentous wanker though. How’d we do?

BS: What can we expect from a live show? How easy is your music to translate from your recordings?
EQ: We play with drummer (Ryan “Cheesely” Beasely) and bassist (Dylan “Snake” Savage) live. Our show wouldn’t be half as good without those two monsters. They’re incredible players and we’re lucky they still want to play with us. Our recordings translate pretty easily into a live setting. We find people commenting on the difference in energy and fullness in sound between our live show and recordings, which is something we’re extremely proud of.

BS: You’re playing Laneway – what are the merits of playing a festival versus a gig?
EQ: At a gig the audience has a little more patience, as opposed to a festival when they have limited time to see all of these incredibly talented bands. You have to hit them pretty hard from the first solo. But the beautiful benefit of playing festivals is that a wider variety of people are, I think, more open to check out artists they may not be fans of yet.

So with this in mind, festival shows require #nonstophits.

We will give the people #nonstophits.