Listen to This: Fortunes

The guys from Melbourne-based Fortunes discuss growing up in New Zealand, home studios and their passion for Korean-Mexican-fusion food. 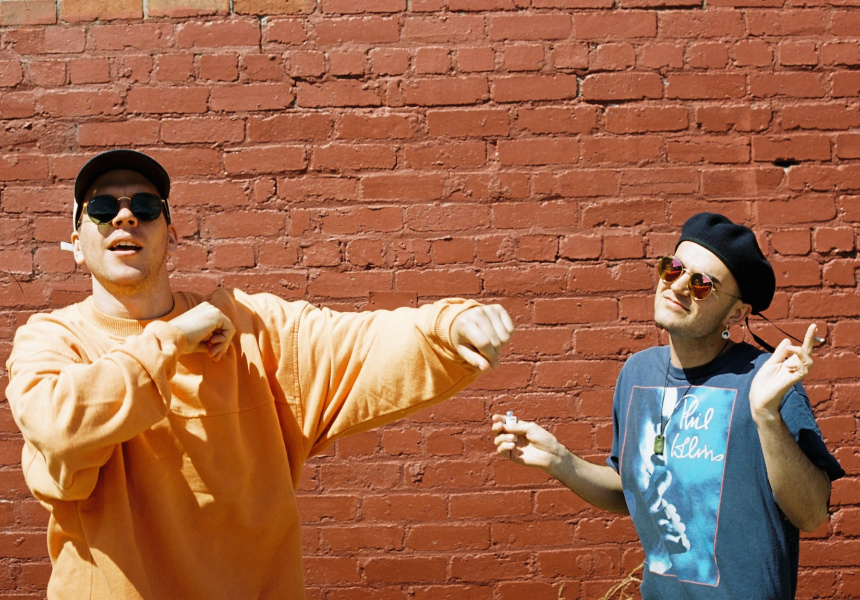 New EP Jacket is available to download here (on a pay-as-you-see-fit basis) and is produced by Andrei Eremin, who has worked on albums by Hiatus Kaiyote and Chet Faker. Jacket has a chameleon-like quality: it’s mellow enough to chill to on a warm evening, sinking some beers. But it’s also full of groove and breaks, with a dynamic undercurrent running through that will get you dancing at a live show.

Broadsheet: How did you come to be making music together?

Barnaby Matthews: We both knew of each other as musicians back in high school, but never made anything together until we bumped into each other in Melbourne. I was just making beats at the time and asked if Con wanted to try doing vocals on a track. It worked great so we decided to do more! In terms of influences, we probably have quite different ones, but also enjoy all the same stuff. The main crossovers are R’n’B, hip-hop and soul music, I think.

BS: Any favourite Melbourne haunts you can tell us about?

BM: My local pub, the Town Hall Hotel, is the greatest. Amazing meals, good veggie options, cosy and has heaps of creepy/hilarious religious music posters covering the walls. The vibes are strong.

Also, this place Chimac next to the Vic Markets – it does Korean-Mexican fusion. Kimchi quesadillas, bulgogi beef tacos, and crazy-good fried chicken. I rate it.

Conor McCabe: I was gonna say Chimac too! I can never get enough of the tacos and the carnitas basket. And I almost forgot the thing you get for free when you first get there … the salty fried spaghetti … it’s like chips!

BS: Do you think growing up in New Zealand has informed your musical sensibility?

CM: I think so, yeah. I love New Zealand music and went to heaps of festivals with my family when I was young, so I had access to heaps of different stuff early on. My town [Raglan, near Hamilton] is super musical, too, so there were always people to jam with and things to perform at.

BS: What can we expect from a live show? How easy is your music to translate from your recordings?

BM: It’s always a strange balance trying to translate electronic-based music to the stage. I’m not really interested in trying to play certain elements live. Without at least a couple more people/instruments on stage, I really don’t see the point. But obviously we don’t want to just play the exact same thing that people have heard on the recordings. So we do live re-arrangements of existing material, beat switch-ups, and always test out new material in a live setting, too. How the crowd reacts to new stuff pretty much dictates what we want to prioritise and work on in our next studio session.

CM: You can expect an amazing, gorgeous audience. Me and Barnz will be dancing. I’ll probably tell a few weird stories. I might nearly cry like the other night at our release show. Someone will request us to play Teardrops.