Late to the Party: Melbourne’s Best Gigs in October 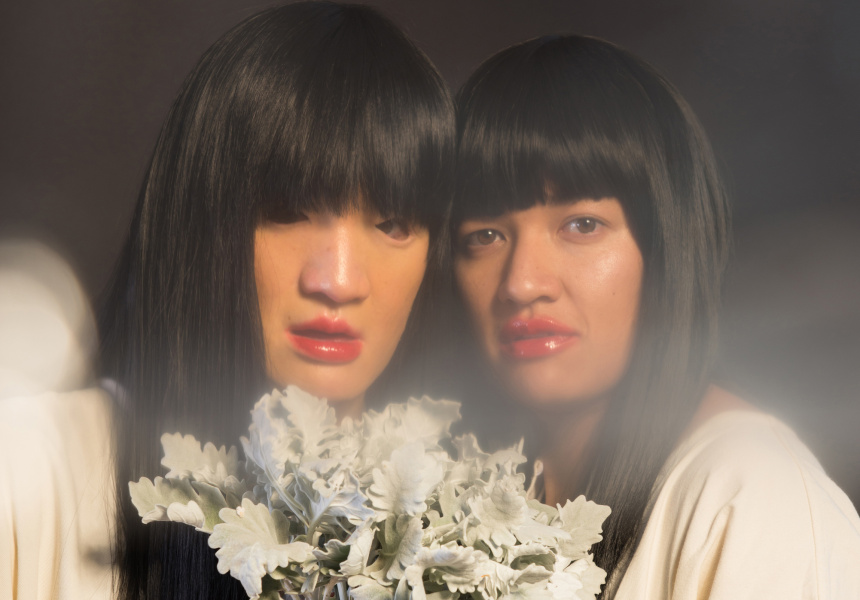 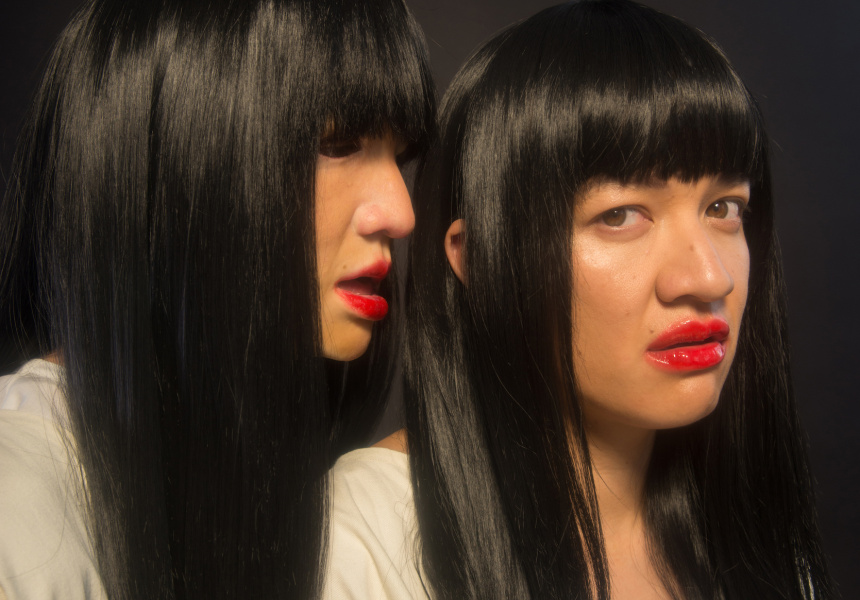 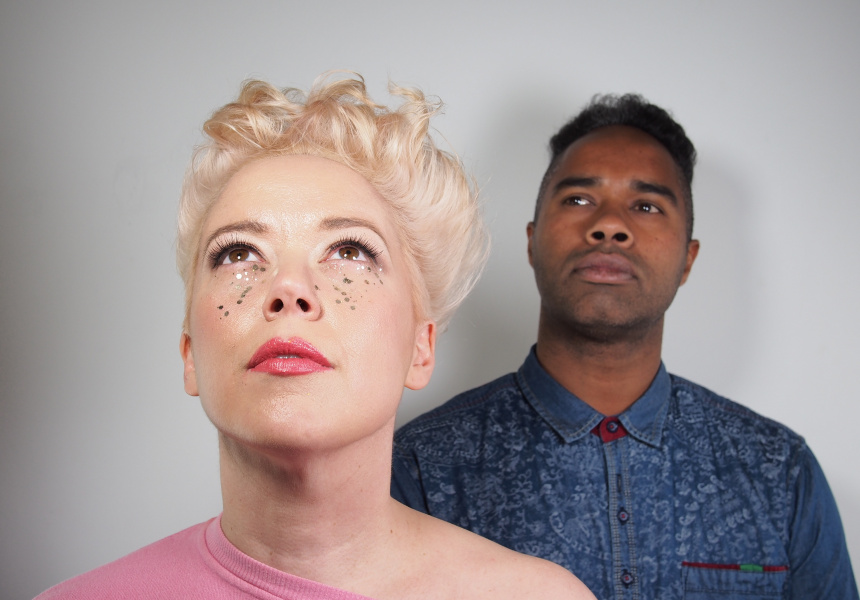 Photography: Courtesy of the artist
1/12
by Nick Buckley
Share

Surreal pop performances exploring death and the digital afterlife, a show by a virtuoso saxophonist and Kendrick Lamar collaborator, and the opening of Melbourne’s new 24-hour nightclub in a 189-year-old former church are all happening in Melbourne in October.

Sui Zhen
There are few Australian artists working right now as singular as avant-pop musician Sui Zhen aka Becky Freeman. Her records are high on concept, but accessible too. You can let them wash over you or dig deep for philosophical meditations on what it means to be human in a world increasingly governed by technology.

Her new album Losing, Linda is an exploration of what happens to the digital fragments we leave behind after we die, and was in part a way for Freeman to process her grief following her mother Yih-Fye’s death from pancreatic cancer.

At the album’s centre – or perhaps more accurately existing in its gaps of negative space – is Linda, an avatar created by Freeman that’s both a physical (Linda takes the form of a silicon-masked performer on stage) and digital (you can meet Linda online too) manifestation of how a computer would piece you together from the social media posts, government insurance records and Google Maps routes we leave behind after we die. Linda is ghoulish, but also induces sympathy in its awkward, almost-human way.

For something that analyses seemingly inhuman technological worlds Losing, Linda is a remarkably human work. The launch of this album is this month’s not-to-be-missed gig.

Colour Opening Weekend
Over the past year, Melbourne’s underground music scene has been rocked by the closure of several beloved venues. Hugs & Kisses closed in January, and in April Swanston Street’s Lounge closed after 29 years of wild all-night parties. For many in the dance music community, Lounge’s closing in particular was a huge blow.

But here to fill that gap is Colour, the new 24-hour nightclub being launched by former Lounge booker Liam Alexander along with his DJ partner Ben Rausa (the pair performs together as 6am at the Garage and is also behind last summer’s stand-out festival debut Something Unlimited), and former Lounge owner Carlo Colosimo. It’s in a former church on Queensberry Street built in 1835 that, over the course of its life, has also been the notorious ’90s S&M club Hellfire, and more recently the short-lived club Yours & Mine.

Opening night on October 3 will involve sets from the previously mentioned Sui Zhen (playing solo), digger of obscure Australian dance records Andras, Alexander and Rausa as 6am at the Garage, and Interstellar fugitives. And then on Friday night is the return of boundary-pushing techno party Club D'érange with a set from Berlin-based Australian DJ Kate Miller, who has played iconic Berlin club Berghain’s upstairs Panorama Bar. Arrive early; stay late.

Hatchie
Brisbane artist Hatchie’s (aka Harriette Pilbeam) debut single, Try, is the stuff record labels dream of. It’s bright, uplifting and relatable, with just enough nostalgia woven through to make it feel like it’s been on your homemade cassette compilation for years. But it’s Pilbeam’s debut album, Keepsake, that’s worth sticking around for.

Keepsake is a swirling haze of reverb, a warm sonic cocoon that sounds like how it feels to crank the electric blanket in the middle of winter. That’s until the blanket’s ripped off, like on the song Unwanted Guest, which wallows in a murky dirge before busting out triumphant synths.

Kamasi Washington
Virtuoso saxophonist Kamasi Washington is part of a new wave of musicians finding acclaim among audiences and critics outside the world of jazz and working with major international artists. He contributed to Kendrick Lamar’s astounding albums To Pimp a Butterfly and Damn, for example.

Washington’s breakout album The Epic is most certainly that; it features three discs and more than 170 minutes of celestial, synapse-unwinding jazz explorations. The album’s got the bombast to blow Zeus straight off the top of Mount Olympus. Last year Washington released the acclaimed follow-up album Heaven and Earth – a two-disc collection that represents Washington’s inner and outer worlds.

For all his talents, the jazz cognoscenti in New York are at times dismissive of the LA-based Washington, claiming his sound is too indebted to the past, and too populist to create something new. But it’s artists like Washington that are bringing new fans to a genre that is so often exclusive and unapproachable. And he’s having a damn good time doing it.

10 Years of WAT Fundraiser
Take a look at the roster of Melbourne-based booking and management agency WAT Artists (formerly known as Waving at Trains) and you’ll see the remarkable influence it’s had in shaping the careers of the city’s electronic music luminaries, groove-led bands and DJs. Melbourne’s most forward-thinking dance floors, festivals and day parties have all hosted WAT alumni, from previously mentioned avant-pop-artist Sui Zhen, to psychedelic groovers Mildlife and beloved DJs such as Wax’o Paradiso and Millú.

To celebrate its 10th anniversary WAT Artists is hosting a three-room fundraiser featuring the previously listed artists as well as Sleep D, Merve, Loure and Noise In My Head, among others.

Each of the three rooms at Chasers Nightclub will be given over to specific types of WAT artists: there’s a live band room, a sweaty club for the DJs and space for experimental electronic noodlers. And profits from the night will go to The Song Room, a not-for-profit providing music to children from disadvantaged backgrounds.

The line-up’s too long to list here, and a real doozy, so head to the Facebook event page for more info. Best value gig of the month.

Paris Wells
There’s something to be said for not giving up. Particularly in the ruthless, fickle world of pop music. But the chart ambitions embedded in the glossy production of Melbourne pop singer Paris Wells’s songs are hard to ignore.

So it’s unsurprising that almost a decade after her last album, 2010’s Various Small Fires, Wells is readying a new album. Her singles drip-fed over the past few years, such as Viking (2017), have touches of Scandinavian pop seemingly picked up from her time living in Denmark. Viking has the vocal lilt of Lykke Li and the buoyant ’80s pop-reggae lope of Niki and the Dove’s 2012 track Coconut Kiss. And her 2017 single Overbite has the bounce and funk of Body Talk-era Robyn.

Wells’s most recent single is a cover of Norman Greenbaum’s Spirit in the Sky. It’s a bass-heavy slice of dance-pop delivered with confidence and maturity by someone who won’t stop reaching for the stars.