Late to the Party: Four of Melbourne's Best Gigs in May 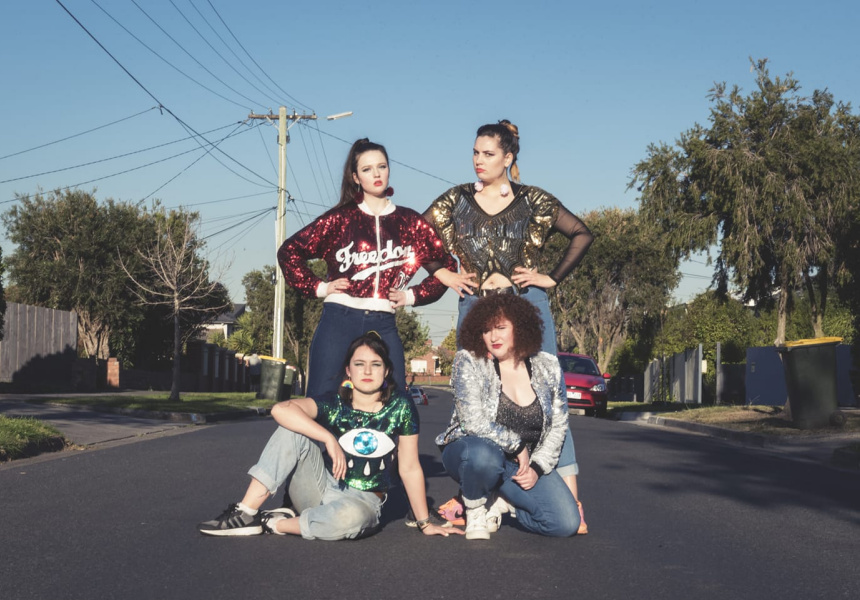 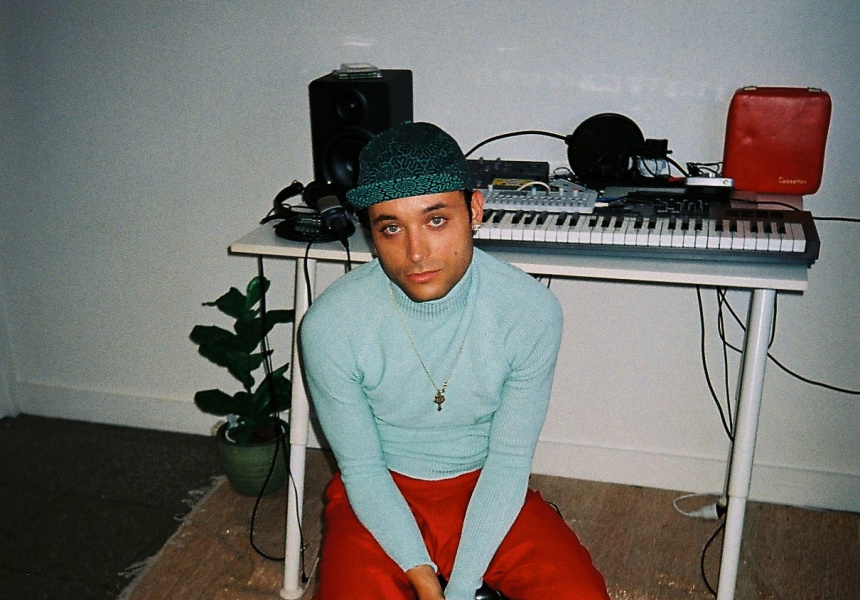 The Melbourne International Comedy Festival might be over, but there’s loads of musical humour this month, from an ’80s pizza party to a girl-power middle finger to dance floor creeps everywhere. And if you’re after some intimacy and romance, one of Australia’s most gifted pop singers is performing in Melbourne’s best new venue.

The Mamas
“Melbourne fucbois, we wear sneans better than you,” sing the Mamas on their 2017 single Sneans as they lambast the city’s hordes of sneaker-freaker bros. Yes the band is hilarious, but don’t let the humour, neo-soul vocals and live-band sound deceive you. As with all great comedy, there’s an important message too.

“Those fucbois aint got nothin’ on us / Well sorry, not sorry, good night and goodbye to that child over there who was trying to grab at my dress / Get your hands off this, I will rip you to shreds with my Mamas as my witness.”

The prospect of unwanted advances and invasions of personal space on any given night on Melbourne’s dance floors and in its band rooms is a constant for women music fans. It’s a scene at the centre of Banana Club, the band’s opening single from last year’s Juicy EP.

Keep it to yourself lads, the Mamas speak for many when they say they’ve had enough of your bunch.

The Mamas play the Night Cat on May 25. Tickets here.

Oscar Key Sung
It’s confounding that Melbourne singer Oscar Key Sung is yet to have major chart success. His brand of off-kilter pop and R’n’B has just the right balance of accessibility and innovation.

On last year’s No Disguise EP there are nods to dancehall on first track Simple Luv but Key Sung’s Australian accent adds a local intimacy that makes you believe you could be the one to fulfil his romantic desires. Across the record there’s a distinct dose of ’90s house bolstered by modern bass production, and snares keep the tracks moving along at a fair clip. On album highlight Cobras & Roses, an anthemic beginning sees Key Sung gradually float downwards to find his feet firmly on the nightclub floor. Clouds that initially felt celestial are by track’s end clearly the work of a smoke machine. It’s a clever, canny and sobering transition.

Oscar Key Sung’s vocals, frequently sung in an upper register, are delicate, but like fine porcelain, confident and precise. It’ll be fantastic to hear his voice ring out over the impeccable sound system in Angel Music Bar’s intimate upstairs band room. If the bar’s late club nights have turned you off, this is a perfect chance to experience Melbourne’s best new venue.

Shards
Shards are a long-running hidden gem of Melbourne music. On record the band stays in a relatively gentle indie-rock gear, revved up by touches of psychedelia. But live the band turns towards Spacemen 3-like walls of sound. When they’re not doing Roxanne covers it can get pretty loud, and when the band’s drummer Doctor Rhythm decides to play ball it’s one hell of a time. Singer Sam West’s wry observations are often self-deprecating, ironic and riddled with millennial anxiety but ultimately relatable.

Even the strong-of-lung can identify with West’s breathlessness as he sings about huffing on the last remnants of an asthma inhaler on Shards’ new single Becotide.

Feeling your chest tighten as youth fades into adulthood and responsibilities mount is a feeling familiar to many. The keys in your pocket to a less-than pristine rental feel like a crud-covered ship’s anchor tying you to life’s dirty goldfish bowl, and a blocked filter stops your tank pump from oxygenating the water, leaving you short of breath. But then electronic bleeps emanating from Will Carey’s gizmos kick in and you realise that the current running through the overheating oxygen pump is at least making the water warm. You remember that there are a few friends in the tank with you – they’re just hanging out behind the tiny pirate ship grooving to Tait Ischia’s bass – and that the curved walls of the fish bowl create quite a lovely panorama of the world outside.

Shards launch their new album Phase Three at Bar open on May 10. Tickets are $10 on the door.

Weekend at Donny’s
What Donny Benét lacks in hair he makes up for in pure, unbridled sex appeal. The parting of his silk bathrobe can leave you in a flutter, but don’t get so carried away that you miss the show.

In recent years Benét has leaned further and further into a comedic persona, but gags aside, the songs are fantastic on their own. They’re packed full of ’80s touchstones to make Wham! and Duran Duran proud. Thick boogie bass lines come with the liberal use of saxophone and Euro-disco synth flourishes. All of which is helped by the fact that Benét is one of Australia’s truly great entertainers.

And entertainment is what you’ll get at Weekend at Donny’s, a variety show of sorts at the newly spruced up Espy. As well as Benét performing with his full band you’ll get support from Laura Imbruglia, comedy sets from Jonathan Schuster and Alex Ward, a Donny Benét lookalike competition, and themed food from the Espy Kitchen, such as the Deep Dish Donny Pizza with San Marzano tomato sauce, mozzarella and Donny’s pork sausage. Grab at ticket and a slice, it’s going to be a hoot.

Weekend at Donny’s takes place at the Esplanade Hotel on May 26. Tickets here.