Late to the Party: Five of Melbourne’s Best Gigs in May 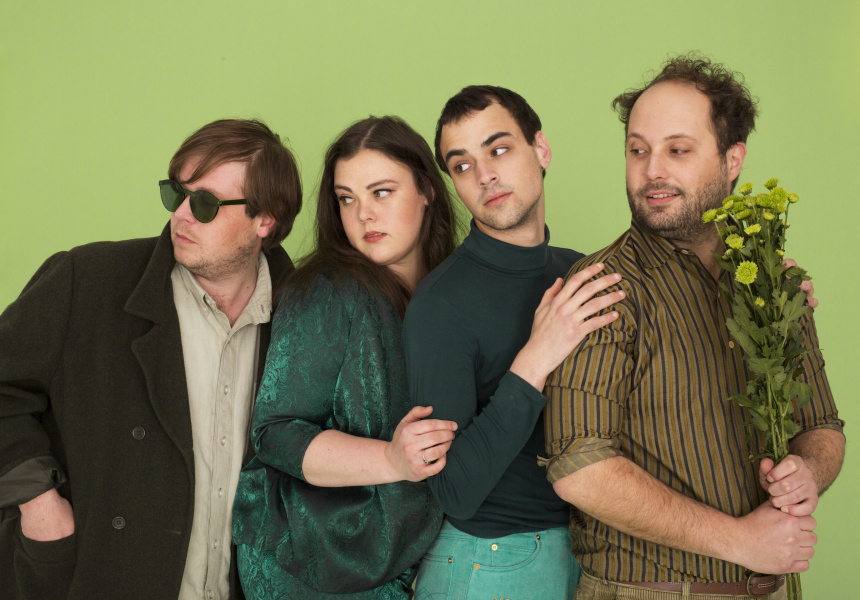 The summer sun may have dimmed but you can still feel some heat radiating from Melbourne’s stages in May. Work up a sweat with some heavyweight grime and cosmic jazz, or for something a little quieter there’s synthesiser-backed country crooning from Melbourne’s most exciting new balladeer, and the welcome return of Totally Mild.

Lady Leshurr
Despite the odd outlier such as Dizzee Rascal, grime has taken its time to cross over beyond the borders of the UK. But now, with rappers as huge as Drake featuring grime artists on their tracks, the genre’s here in a big way.

Rap fans who prefer some pace to their production have much to be happy about. Backed by the relentless intensity of MCs like Lady Leshurr, grime gigs are an exhilarating experience.

Lady Leshurr herself is a crude and hilarious host, a UK counterpart to US rapper Cardi B. Unapologetically sexual lyrics, “What you tellin’ me? Juice everywhere, so you’re smelling me” feel like a big middle finger to the way male rap stars can objectify women.

Pity the fool that has to face Lady Leshurr’s wrath. “He had a little man's ting, he was childish. Small like a child's dish. Bank account was on minus” she raps, ridiculing a past lover on F My Ex.

Lady Leshurr plays the Corner Hotel on May 4. Tickets here.

Totally Mild
There’s no sophomore slump with Melbourne four-piece Totally Mild’s new record, Her. The band’s 2015 debut Down Time came when Melbourne’s music scene had become saturated with DIY jangle-pop, where Australian accents verging on caricature sang about simple pleasures like drinking beer in the park.

But those songs, as with those on Her are far from an earnest wallow. Mitchell is defiant and resilient in the face of a tumultuous and confusing world and the relationships that fill it. Her focuses on Mitchell’s struggle with adapting to a life of domesticity with her new wife, while inner forces are telling her to burn both her intimate and professional relationships to the ground. But despite the chaos Mitchell’s determination shines through.

Ryan Downey
It feels like for the first time in the past 60 years, the genre of “white man emotes with guitar” is, possibly, on the decline. With rap and R’n’B the dominant force in pop music it’s no surprise to find earnest balladeers such as Chet Faker and Lanks drop six strings and a box of wood in favour of circuits and computer software.

So Ryan Downey’s ’60s croon – which sits in the register of Leonard Cohen – feels somewhat out of time. And he knows it. There’s a knowing wink in the hopeless, classic romanticism of Downey’s songs.

Techno Dolls is like American country singer Lee Hazlewood showed up for the line dance only to find the bewildering world of an underground nightclub. Running has a Nike reference when you’re expecting cowboy boots.

It’s these temporal shifts that make Downey’s music so exciting.

Like that record store – where you can find obscure afrobeat records sitting alongside even more obscure Japanese prog-rock and jazz funk – WVR BVBY have a heady mix of influences. Cosmic synthesizers are barely tethered to planet Earth by skittering drums and mournful Ethio-jazz brass.

Quieter moments are filled with a midnight, urban melancholy. Like an Edward Hopper painting, you’re left standing under a spotlight staring into a barely filled diner.

WVR BVBY is another welcome addition to Melbourne’s burgeoning group of experimental, instrumental groove bands, (Mildlife, Krakatau). If your feet are a little sore after a summer of festivals, but you still want to feel some heat in the club, this show’s for you.

Purplene
By Marcus Teague
In the 13 years since Newcastle band Purplene released their final, self-titled LP before disbanding, propulsive indie-rock has had a resurgence. The National finally got big, and bands like Middle Kids and No. 1 Dads are local locks on radio. It’s ripe time for these masters of melodic, skewed guitar to be reuniting for a one-off, national run of shows to celebrate the overdue vinyl release of Purplene – the band’s pre-streaming masterpiece, recorded in Chicago by legendary engineer Steve Albini (Nirvana, Shellac, PJ Harvey). Rumour is they’re in fine form.

Purplene play the Old Bar on May 12. Tickets on the door. 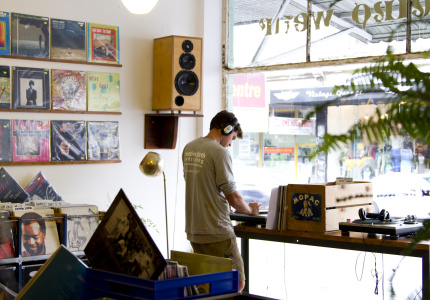