Late to the Party: Five of Melbourne’s Best Gigs in August 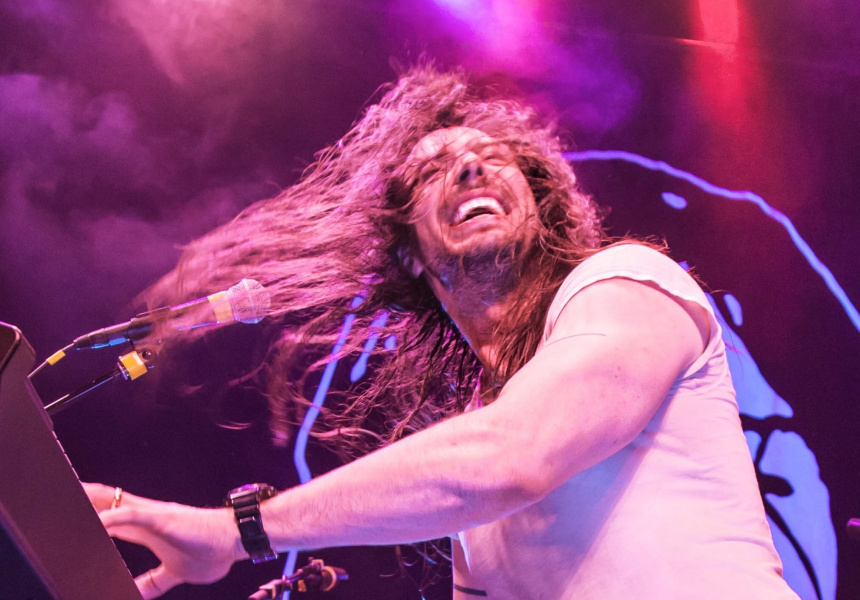 Photography: Courtesy of the artist
1/6
by Nick Buckley
Share

Titans of folk and jazz, a soul singer confronting white Australian colonialism, and a hard-rock party messiah are all in Melbourne this month.

Bob Dylan
With a six-decade career under his belt, legendary American songwriter Bob Dylan is still performing and releasing albums. Although the singer rejects the phrase, his relentless touring schedule has been dubbed the Never Ending Tour by his fans and members of the press.

Dylan has released more than 50 albums including The Freewheelin' Bob Dylan, Blonde on Blonde and Blood on the Tracks. And in 1988 he was inducted into the Rock & Roll Hall of Fame in Cleveland, Ohio.

In recent years the singer has dedicated himself to the songs of others; he produced three well-regarded records of covers, and last year’s Triplicate was Dylan’s take on 30 classic American songs.

Well into his seventies, Dylan retains a touch of his “gone electric” rabble rousing. He was awarded the Noble Prize for Literature in 2016 – the first songwriter to be honoured in this way – and it took the singer months to acknowledge the prize. Dylan eventually apologised for his silence and received the award at a private ceremony in April 2017.

Mojo Juju
I don’t speak my father’s native tongue. I was born under the southern sun. I don’t know where I belong.

It’s where I live; it’s where I wanna be. But you make me feel so ill at ease.

These are just two heartbreaking lines from Melbourne soul singer and guitarist Mojo Juju’s new single Native Tongue. Rather than a cry for help, the song is a direct and forceful challenge to white Australian colonialism. The singer goes on to talk about her dual Wurundjeri and Filipino heritage, and her rage at the forced displacement of, and her personal disconnection from, Indigenous culture.

Across two albums, Mojo Juju has performed within American soul and R’n’B traditions. And that is still the case here on Native Tongue. The Joelistics-produced track is built on gospel chants from the Pasefika Vitoria Choir, multi-tracked handclaps and a simple snare. Now, rather than hiding behind the tropes of another culture’s music, the singer is using those touchstones as a platform to tell her own story. It’s a remarkable, vital and confrontational piece of work.

In Melbourne this month, the singer will mix storytelling elements with performances of songs from her third album, also called Native Tongue.

Andrew WK
Partying, partying hard, and parting with positivity is the gospel of Andrew WK. He believes partying is the solution to what ails us, be it making sense of our inner turmoil or healing deep societal rifts. Musically his sound pushes past parody to create a joyous cartoon celebration of the excesses of hard rock and metal. It’s like initially scoffing at a work of late-’80s fantasy art only to realise that the sabre-toothed tiger roaring at three blood moons has the revelatory splendour of Michelangelo’s Sistine Chapel frescos.

If the musician’s message seems trivial or simplistic, read his touching “Ask Andrew WK column” in the Village Voice, where he thoughtfully fields questions from readers on subjects such as depression, empowerment and the existence of heaven. The singer inserts life lessons into his new album You’re Not Alone via short monologues among the songs.

“The dark isn’t bad. It’s simply the light casting a shadow. Our ultimate quest is not to destroy the shadows, or our demons, but to hold hands with that side of life, to party with our demons,” says one passage from the monologue In Your Darkest Moments.

Andrew WK cares about you and wants to make the world a better place, one head bang at a time.

Mafikizolo
In their home South Africa, Mafikizolo are pop royalty. Band members Theo Kgosinkwe and Nhlanhla Nciza have crossed both temporal and geographical borders during their 20-year career.

In both their music and style the pair references Sophiatown, a hugely influential black cultural hub in 1940s and 1950s Johannesburg that was destroyed under apartheid. Kgosinkwe and Nciza wear white wingtips and A-line skirts respectively, mixing visual nostalgia with modern dance-music production. Think of the trick Janelle Monae pulled at the beginning of her career in the video for Tightrope and you’ll be getting close.

Musically, their style has shifted from house-music production in the ’90s to modern pop-R’n’B – many of the base tracks wouldn’t be out of place on a Drake album. It’s the pair’s first time in Australia, where they’ll be joined by a live band and backup dancers. Getting to see these performers in a venue as small as Max Watts would be impossible in South Africa.

Smith has played in bands led by titans of jazz Miles Davis and Pharoah Sanders. He’s also known for seminal releases in the free-cosmic and fusion genres with his band the Cosmic Echoes, including Cosmic Funk and Expansions.

Smith has also had a remarkable influence on hip-hop. As well as featuring on Guru’s seminal Jazzmatazz, Vol. 1 album, Smith’s compositions have been sampled on tracks by all-time greats Jay-Z and Nas, as well as by younger but nonetheless also important artists Vince Staples and Joey Badass.