This year’s program has been as ecstatic and kaleidoscopic as ever. You’ve got one week left to catch these highlights. 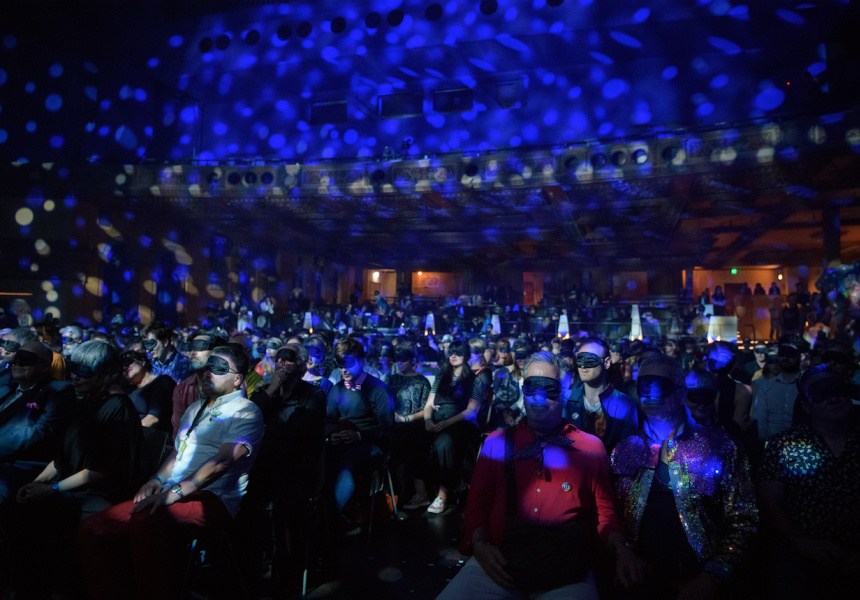 A 24-Decade History of Popular Music

A Collaborative Contemporary Ballet: Tree of Codes
A collaboration between musician and producer Jamie XX, visual artist Olafur Eliasson and Oliver-award winning choreographer Wayne McGregor was never going to be straightforward, but who could have predicted they’d adapt Jonathan Safran Foer’s experimental book Tree of Codes? The book is part literature, part sculpture: to create it, Foer took to the short story collection Street of Crocodiles with a pair of scissors and literally cut words out of each page to create a new narrative. This adaptation turns it into an extraordinary piece of contemporary dance. Jamie XX composed the score using an algorithm that turns the text into music. Eliasson, who is mostly known for bringing an artificial sun to London’s Tate Modern, is behind the set design, and Company Wayne McGregor and the Paris Opera Ballet dance up a storm.

Tree of Codes is at Arts Centre Melbourne from October 17–21. More information and tickets here.

A Marathon Cabaret History Lesson: A 24-Decade History of Popular Music
How do you tell the entire story of popular music in 24 hours? In New York cabaret icon Taylor Mac’s case you distill it into an irreverent and epic theatre production, broken up into four marathon six-hour performances, which a New York Times reviewer described as, “one of the greatest experiences of my life”. The story of American popular music is the story of American culture, from the colonial revolts of the 18th century right up to the present day, from Yankee Doodle Dandy to Lauryn Hill, and Mac’s production features 246 songs and more than 100 performers to tell that story. It involves extensive audience participation, a recreation of the American Civil War using ping pong balls, and a production of The Mikado, set on Mars. Four years on, people still talk about the 2013 Melbourne performance of Wagner's Ring Cycle, largely for its length. But if you’re going to an endurance theatre piece, you may as well make it a fun one. Sixteen hours of epic Norse orchestration? Where are the jokes in that? They’re here.

You can catch the final two shows of a 24-Decade History of Popular Music, covering the 20th century onwards, on October 18 and 20. More information and tickets here.

A Minimalist Mind-bending Maze: A House of Mirrors
The House of Mirrors is a fairground staple – a gently disorientating and amusing sideshow. This is something else. Victorian artists Christian Wagstaff and Keith Courtney will unsettle you on a deeper level using steel and mirrors arranged into a geometric maze. What is clearly a corridor turns out to be dead end, your own reflection appearing out of nowhere. What you’re sure is your own reflection turns out to be a stranger, equally lost in this kaleidoscopic panic dream. Be prepared to question your spatial perception for the rest of the day, long after you find the exit. The House of Mirrors has done the rounds, appearing at Dark Mofo and the Sydney Festival, fooling people all over the country with its disarming simplicity.

House of Mirrors is at the Arts Centre forecourt until October 22. Buy tickets at the venue. More information here.

A Bittersweet Nashville Alt-Country Band: Lambchop
Lambchop is a quirky but exceptional band. Twelve albums in, the Nashville-based group is the brainchild of singer-songwriter Kurt Wagner, who channels his voice (bitter baritone and brittle falsetto) into offbeat, uplifting and bittersweet alt-country. You might be familiar with their classic album Nixon, a maudlin record of lush, fragile pop. If you’re not, rectify that immediately. They’re in town showcasing their new album Flotus – perhaps the first alt-country record to make extensive use of autotune a la T-Pain. It’s as strange as you imagine, but also surprisingly moving.