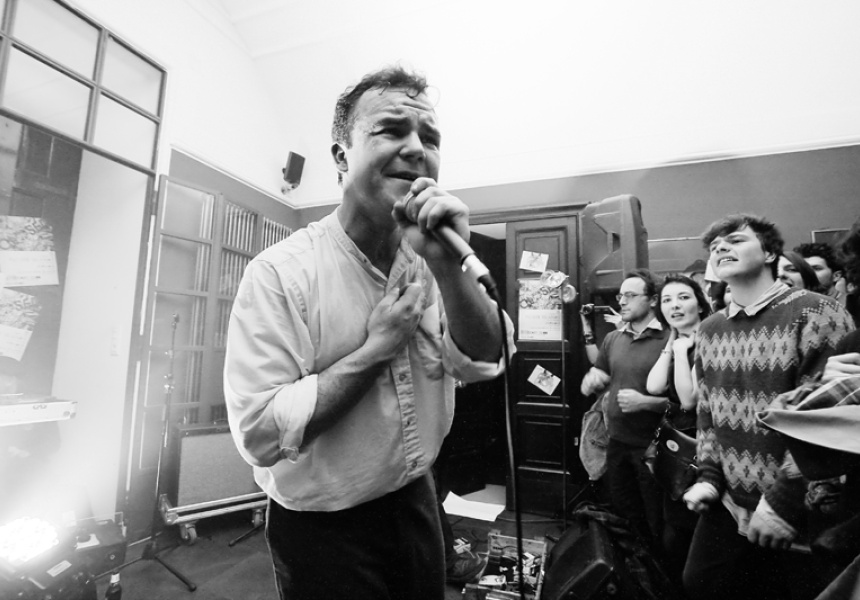 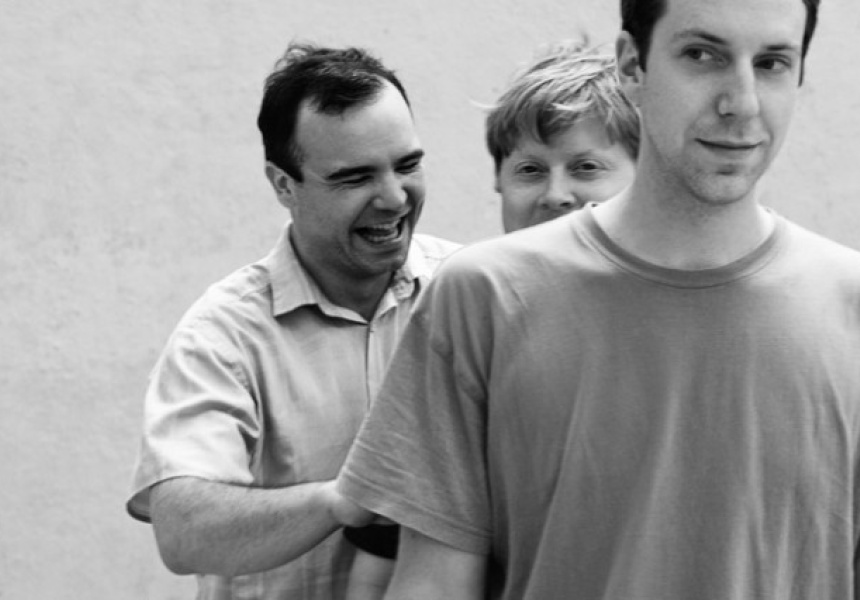 Legendary Baltimore band Future Islands has been going great guns since ‘that performance’ on Tonight With David Letterman earlier this year. Having just finished a 29-date tour of Europe with new record Singles, bassist/guitarist William Cashion is taking the opportunity to enjoy some down time ahead of the Australian leg in July.

“I got back from Europe two days ago, so I’m heading down to the beach now with my girlfriend,” he tells us. “We’re going to kick it for a few days, lay low and maybe read a book, watch a movie and generally just have some fun.”

Often recognised as the moustachioed member of the band, Cashion makes up one third of the indie-pop group that swings invariably between genres. Its first album Wave Like Home wowed critics in 2008 with its distinctly off-kilter indie vibe, while the new single Seasons (Waiting on You) – as performed on Letterman – in March had an almost U2 quality about it. The guttural vocals and writhing dad dancing of frontman Samuel T. Herring sent the performance viral.

“It got a lot of attention,” says Cashion. “When it aired we were on our way out of town. We had a show in Ashville which is like a 13-hour drive away. So we left after the taping and went to Baltimore to pick up a friend and picked up a flat tyre instead. Then just as we were due to play we pulled up at a tavern and ran in and asked them to put Letterman on the TV, shouting, “We’re the band playing!”

With upcoming shows in Sydney and Melbourne as well as a Saturday slot at this year’s Splendour in the Grass festival, the fans have certainly come flocking. “We want to play everywhere – just jam,” says Cashion, chuckling. “People have been going mad with the crowd surfing. I’ve seen people knock over tonnes of people like a bowling ball.”

With new label 4AD on board, the making of the new album has been a creative departure of sorts. “For our first record we wrote six or seven songs and then we went into the studio, recorded those songs and then forced ourselves to write a couple more to try and flesh out and finish up the record,” explains Cashion. “With Singles we wrote about 25 songs and took them out on the road. We narrowed it down to 12 songs in the studio.”

“The songs [sound] like they’re all contained in a snow globe,” Cashion says. “We create a bunch of songs and then shake them up in the way that we play them.”

And what of the strange moustache famously sported by Cashion from time to time? “By the time we are in Australia it might be back. I think July is the month.”

Future Islands will play Splendour in the Grass Festival in Byron Bay on July 26, Oxford Art Factory in Sydney on July 27 and The Corner Hotel in Melbourne on July 28 (sold out).