In a year when protest movements have gone mainstream, grassroots activism enjoys a higher profile than ever – including on screen. In partnership with the Melbourne International Film Festival, Broadsheet invites programmer Kate Jinx to single out some entries in this year’s online program, spanning Texas, Hong Kong, Chechnya and beyond. 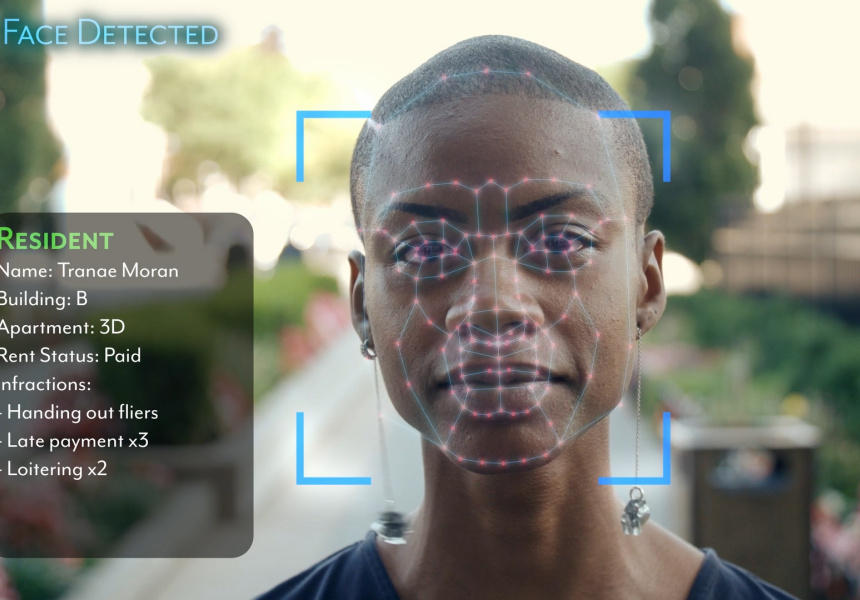 Pandemic and bushfires aside, 2020 will go down in history as the year grassroots movements like Black Lives Matter went properly mainstream. Bolstered by global protests, sweeping social-media campaigns and prodigious fundraising, activism both at home and abroad is gaining momentum – and finding footholds in our everyday lives.

Even while confined to your home, you can expand your worldview well beyond scrolling through tweets, thanks to the robust Activism & Social Justice collection of this year’s digitally streaming Melbourne International Film Festival (MIFF). Under the banner Films for Thought, there’s an impressive variety of movies at MIFF 68½ that aim to open your eyes.

“This is my pet area of the festival,” says MIFF programmer Kate Jinx. “I love watching these kinds of films.” Jinx moved to Melbourne from Sydney early this year to take the job, only for the workplace to be sent into isolation just two days after she began. Working remotely alongside artistic director Al Cossar and programmers Kate Fitzpatrick and Mia Falstein-Rush, Jinx liaised with filmmakers and producers while casting a keen eye across other international festivals to find the most exciting and illuminating works for MIFF.

“My job consists of a huge amount of watching,” says Jinx, who worked for seven years as director of programming at Golden Age Cinema in Sydney, a role she still fulfils remotely. “I’m new to MIFF but I can say it’s pretty damn different [this year]. People might think it’s easy to switch to an online format because films are now available digitally a lot of the time, but it’s a very different process on the back end.”

That hasn’t kept Jinx and fellow curators from securing a line-up of 113 films, many of them world premieres or Australian firsts. Here are five of her favourites.

Welcome to Chechnya
David France, who made acclaimed queer documentaries How to Survive a Plague and The Death and Life of Marsha P. Johnson, returns with another real-life bombshell that Jinx calls “absolutely incredible”. “It’s an exposé on the gay purges that are still happening in Chechnya,” she says. “France embedded himself with activists who risk their lives to track down queer Chechens and safely remove them from the country.”

The movie is even more striking for the deepfake-style techniques employed to protect its subjects’ identities. “The people are under so much scrutiny that their faces have been altered,” says Jinx. “I’ve never seen anything like it.”

Boys State
Winner of the US Grand Jury Prize for Documentary at Sundance, Boys State examines a longstanding American program – running in states across the country since 1935 – that puts 17-year-old boys through an immersive civics camp to learn how the American political system works (a separate program for girls was established in 1942).

“They’re divided into two parties – the Nationalists and the Federalists – and they all have to figure out where they fit into a political campaign,” Jinx says of the film, which follows over 1000 boys from Texas as they create the government of a fictional 51st state from the ground up. “They’re getting people to vote for them, and there’s only one winner at the end. It’s really funny and moving, but at the same time pretty frightening.”

Hong Kong Moments
Directed by Zhou Bing, “a prominent documentarian who’s worked a lot in China”, Hong Kong Moments unpacks the headline-grabbing protests that took place across the city last year (and are still going on as we speak). “There’s no narration: you just meet different people in Hong Kong – from an aspiring political candidate to a medico volunteering his time to help people wounded in the protests,” says Jinx. “It’s quite an objective look at what is happening. It’s really, really timely.”

Another recommendation from Hong Kong, this one a fiction feature, is Suk Suk. “It’s about two men headed into their twilight years and known to their families as heterosexual,” she says. “But they find love, and it shows all the internalised homophobia they face. It takes you into places in Hong Kong you usually wouldn’t see unless you’re an elderly gay man, like these incredible bathhouses.”

Looky Looky Here Comes Cooky
Making its world premiere, this 52-minute Australian documentary is narrated by writer-actor Steven Oliver (Black Comedy, Faboriginal), a MIFF Ambassador this year. “It looks at the story of Captain Cook’s landing on what we now know as Australia, but repositions it through the eyes of First Nations people,” says Jinx. “Oliver attempts to create a new songline coming up to the 250th anniversary of the landing, with a number of prominent Indigenous musicians like Alice Skye, Mo’Ju and Trials.” Other musicians and songwriters featured include Kev Carmody, Birdz and Mau Power.

Coded Bias
This documentary begins with MIT computer scientist Joy Buolamwini – an African-American woman – as she stumbles upon some inherent biases in facial recognition software. “She started looking into how it couldn’t really deal with darker skin,” says Jinx. “She looked into who had created it, and it was all white men who created this software basically just to recognise themselves. It follows her progress but also looks at the software in China and the UK, and the political aspects of it.”

Given that this software is increasingly used to identify participants in protests and riots, this movie is arguably the most timely of this year’s roster. “We don’t really know who it’s used on or who’s using it,” Jinx says of the technology. “You won’t want to unlock your phone with your face after you see this film.”

The Melbourne International Film Festival is on from August 6 to 23. More details here.