The 400-seat comedy club, which has hosted American comedian Chris Rock and local talent such as Wil Anderson and Fiona O’Loughlin, desperately needs to raise $200,000 to stay afloat. “There is no reopening date in sight [and] without help The Comic’s Lounge will remain closed forever.” 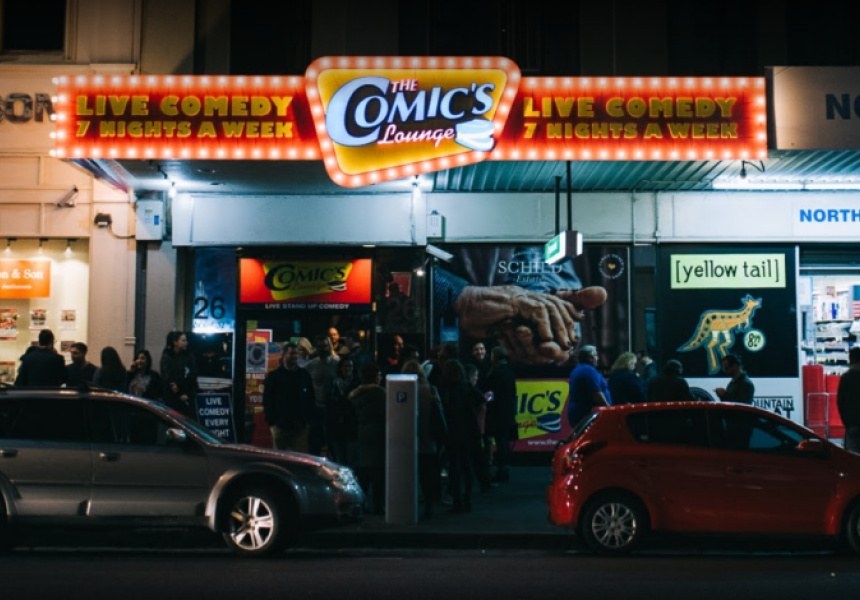 Photography: Courtesy of The Comic's Lounge
by Tomas Telegramma
Share

After months in lockdown, one of Melbourne’s best-known comedy clubs – The Comic’s Lounge in North Melbourne – is at risk of permanent closure.

And to help keep it afloat, owner Tony O’Sullivan has set up a Gofundme campaign with a fundraising goal of $200,000.

“Since mid-March we have been able to cover fixed expenses with savings and two bank loans. But it is not enough and now it has all dried up,” O’Sullivan writes on the fundraising page. “There is no reopening date in sight [and] without help The Comic’s Lounge will remain closed forever.”

As of today, the Gofundme page has raised more than $55,000 from 818 people (the fundraising campaign began on October 14).

A handful of Aussie comedians have come out in support of the venue on Twitter, including Dave Hughes, Tom Gleeson and Charlie Pickering. “I cut my teeth there, as did many of your favourite comedians. If you love comedy and can help out, please do,” said Pickering.

American comedian Ari Shaffir, a regular guest on The Joe Rogan Experience podcast, has also pledged his support by donating $1000.

O’Sullivan says $200,000 would sustain the comedy club until restrictions end. “Your generous donation will directly help cover fixed monthly expenses – rates, rent, insurance, utilities, phone, internet, accounting, bookkeeping and security. Once we get to our fundraising goal, we will be able to help our comedians. All funds over our goal will be dispersed to our comedians most in need.”

Donate to the Gofundme campaign here.