Iris Apfel Is Not Your “It Girl” 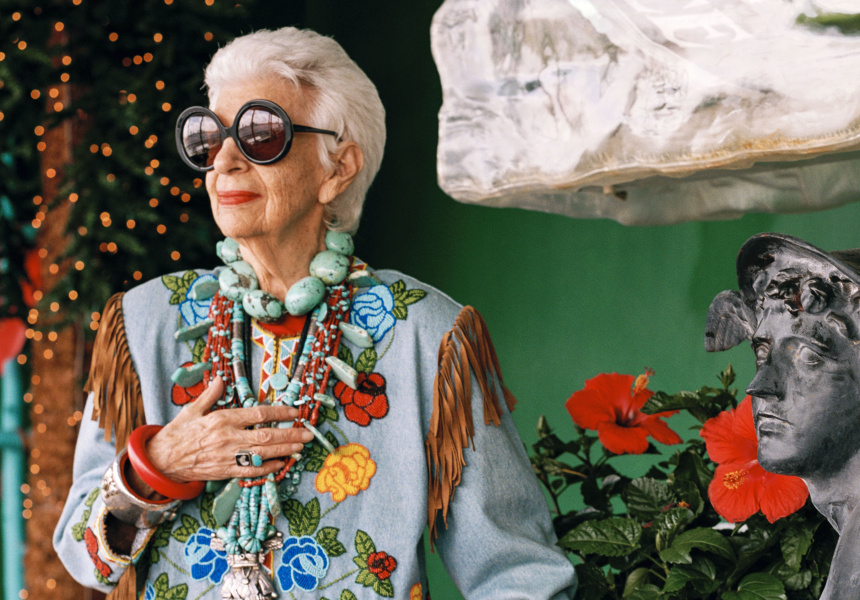 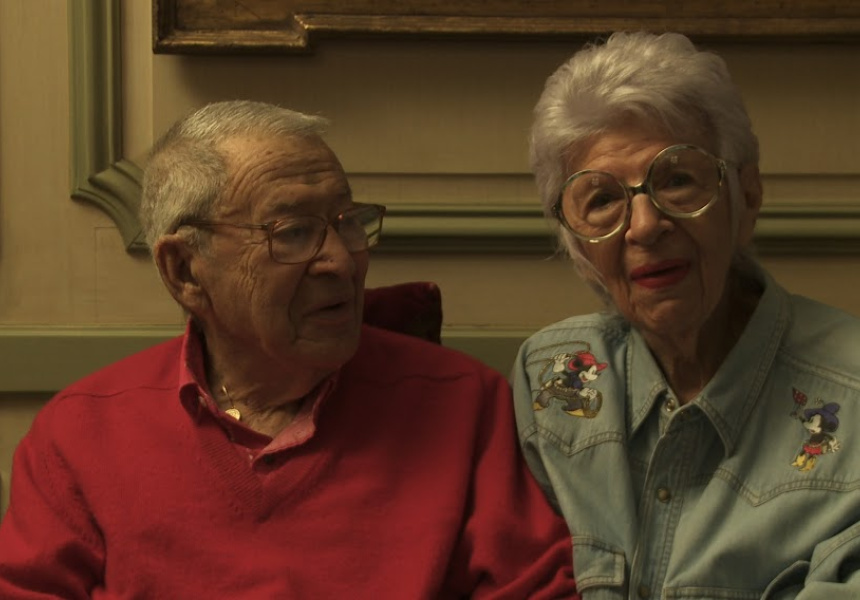 Iris Apfel is old, but you already know that. She is a figure so ubiquitous that something as commonplace as black, thick-rimmed glasses are now an immediate signifier of her persona. But how much do we actually know about her? Other than that she makes us want to experiment with patterns and buy costume jewellery?

The documentary Iris, Albert Maysles (Grey Gardens, 1975) last film before he passed away in March, explains how a 93-year-old It Girl is made. It also confirms that Iris’ age is the least interesting thing about her. Shot over four years, the film follows the birth of Iris Apfel’s celebrity moment when a selection of her vast wardrobe was exhibited at the Metropolitan Museum of Art’s Costume Institute. In 2005, when the world universally embraced skinny jeans, trucker hats and Juicy Couture sweat suits, New Yorkers turned out in droves to examine the “rare bird”s’ gift for sculpting mind-bogglingly beautiful outfits using unusual garments from all over the world.

This documentary reminds us that Iris had a life before appearing on the cover of Dazed & Confused in November 2012. With her similarly excitable husband, Carl, Iris started Old World Weavers in the 1950s, which made replication fabrics inspired by as far back as the 17th century. It required Iris and Carl to travel the world looking for rare antique fabrics from Europe and the Middle East (we see this via Carl’s home videos). Their clients included Greta Garbo, Estee Lauder and nine presidents in the White House. Carl mentions having “trouble” with Jackie O, which Iris flits away with her Queens drawl, “Staaaahp!”

Iris seems so in command of her career and so unapologetic in her her-ness, that it’s easy to imagine her succeeding as a working woman in an era when, traditionally, women quit their jobs after marriage. Even now Iris is asked why she and Carl never thought to have children.

The phrase “It Girl” doesn’t really sum her up, because Iris has demonstrated that while “beauty” and “style” are used interchangeably, beautiful things are not always interesting. In the film, Iris recalls that Loehmann’s department store matriarch Frieda Loehmann once told her: “You're not pretty and you'll never be pretty, but it doesn't matter. You have something much better. You have style.”

Throughout the film Iris bemoans that sameness and minimalism that has taken over the fashion industry, however even J.Crew creative director and godmother of normcore, Jenna Lyons, is beside herself when she meets Iris at a party. “It’s such an honour to meet you,” she gushes. “Well, thank you,” Iris says politely.

When Iris shops, it’s not at the big fashion houses on Fifth Avenue where they would fall over themselves to load her up with ornate brooches and thousand-dollar silk scarfs, but in a small store in Harlem, loaded with traditional materials from Africa and South East Asia. Iris touches fabrics, barters. Her curiosity about other cultures and respect for their tradition is obvious, something that major fashion houses often lack. Iris’ idea of what is “good” in fashion isn’t intertwined with ideas of class or race; style is just style. When she meets Kanye West at the CDFA awards – someone who the fashion industry has repeatedly shunned, perhaps due to archaic ideas of what a fashion designer is meant to be like – he excitedly giggles like a little kid when she says that she’s a fan and tells him he’s handsome.

In the same way he weaved through rubbish, shrubs and cats to follow Little Edie and Big Edie down their rabbit hole, Albert Maysles shoots Iris and Carl’s rambling home in great, loving detail. The Manhattan apartment is so stuffed with toys and novelty furniture that the camera sometimes struggles over obstacles to get the shot. Like in Grey Gardens, there is a touch of the melancholy that anyone feels when letting go of the past, particularly when Iris is clearing out her enormous storage space until it’s nothing but empty shelves and dust.

As Albert Maysles follows Iris to her countless interviews, magazine shoots and styling workshops, she is continually asked for tips on forging an individual style. And she always answers the same thing: “I don’t know”. Iris Apfel doesn’t have any rules – most great artists don’t. Fantastically, the film actually takes the time to show Iris putting outfits together. Iris arranges shackles of bracelets and ropes of long necklaces layered in perfect colour-texture balance on mannequins that tower over her (in the film she describes her style as being a lot like jazz in its “improvisation”).

Our culture values youth and symmetrical faces above all else, but Iris gives women permission to be loud in a world that tells them to make themselves smaller and just blend in. She also pulls off a Minnie Mouse-print chambray shirt like it’s nobody’s business.

Iris is in cinemas August 20.