He’s created some of the most original music of the 21st century. And you can hear it during his first-ever solo Australian tour. 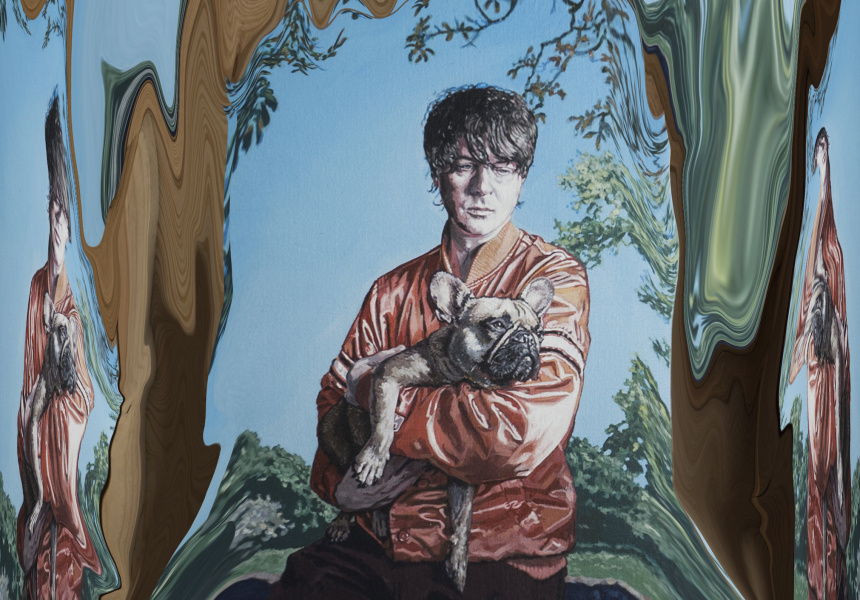 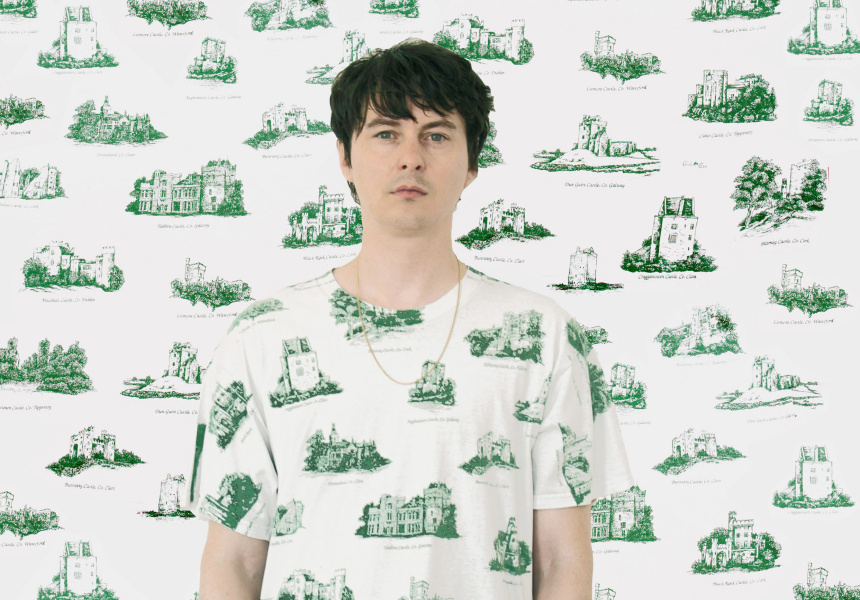 Usually, when we talk about an artist finding their voice, we’re referring to something intangible: maybe a shift in the way they see the world. But with Noah Lennox – aka Panda Bear – that discovery is literal.

As a member of seminal avant-garde indie act Animal Collective, and across five solo records, Lennox has carved out a career that’s seen him emerge as one of the most unique musicians of the 21st century. His beloved second record, Person Pitch, has a lineage stretching from the wall-of-sound production techniques of Phil Spector and the Beach Boys’ Brian Wilson, to the jagged collage of hip-hop producer J Dilla’s timeless classic Donuts.

At the centre of Lennox’s collage of influences is his voice. Built from layer on layer of overdubbing and reverb, as much instrumental as it is singing, his voice courses into the empty space of his tracks. It’s a gentle, all-encompassing and distinctly indistinct sound. In many ways these vocal effects have become his sonic signature.

But heading into the studio earlier this year, Lennox knew something had to change. “Usually I’d done a lot of stacked vocals, and specific ways of panning them, and multi-tracking them, and harmonising them. There was even very specific reverb I would use all the time,” he says over the phone from his home in Lisbon. “I wasn’t much interested in doing that again. I knew there was going to be some kind of new room I’d be searching for.”

That new room is his forthcoming album Buoys – which is due for release in February next year – and it's here he's carved out a new singular voice after years of singing with his choir of self-made doppelgangers. On the record Lennox wanted to move away from his trademark chanting, choral sound to something more direct.

“Trying to find a way to have a much more intimate, single-vocal approach … was pretty tough,” he says. “Previously, I wanted the vocals to sound kinda like a ball of yarn; for the new one, it sounds like a piece of plastic.”

Making such a dramatic change to a sound that has defined you is risky. But risk is exactly what Lennox was aiming for.

The difficulty here is that so far the “Panda Bear sound” has been wildly successful. Ten years after its release, Person Pitch is still a perfect album. Constructed using a Roland sampler – with which Lennox grabbed random snatches of audio from Youtube clips – it continues to reveal new depths and details a thousand listens in. The way the album bubbles up from underwater and washes through in waves; the embroidered samples of owls and its chugging train-like beat; the choral voice chanting about antidepressants and tempura – it’s still strikingly contemporary.

“It’s cool that [Person Pitch] resonated so much with people,” says Lennox. “And in a way I feel like I’m always chasing it, trying to engineer something that speaks to people like that.”

For Lennox, the solution was to push new styles and genres through his own aesthetic filter. For Buoys, a key inspiration was trap – the vital hip-hop sub-genre that grew out of Atlanta.

“Trap, to me is an extreme version of dub production; and dub is kind of perfect-sounding music to me,” he says. “I wanted to make something that was reflective of a more modern, contemporary production style.”

That isn’t to say Lennox tried to make a trap record. Rather, he’s used the genre’s sonic architecture as a blueprint.

“I didn’t really set out to make something that sounded like trap – I think it’s more about the rhythm than anything else,” he says. “I was trying to find a way that still felt personal to me, or a reflection of who I am, that was a little uncomfortable at first.”

Lennox took a workman-like approach to the project. Every day, after walking the dog and taking his son to school, he would head into the studio to punch in for what’s remarkably like a nine-to-five routine.

“It might be boring, but staying creative is about ensuring I maintain a work ethic,” he says. “I really like the feeling of being transported by a piece of music, or a movie, or a piece of art, or whatever it might be. So I’m always searching for that feeling, or hoping for that feeling,” he explains. “I like to be swept away by a piece of music. I want it to grab me and make me forget what I’m doing. And that requires giving something my full attention."

Panda Bear is playing at the sold-out Meredith Music Festival on December 7 and at the Melbourne Recital Centre on December 13. Tickets here.