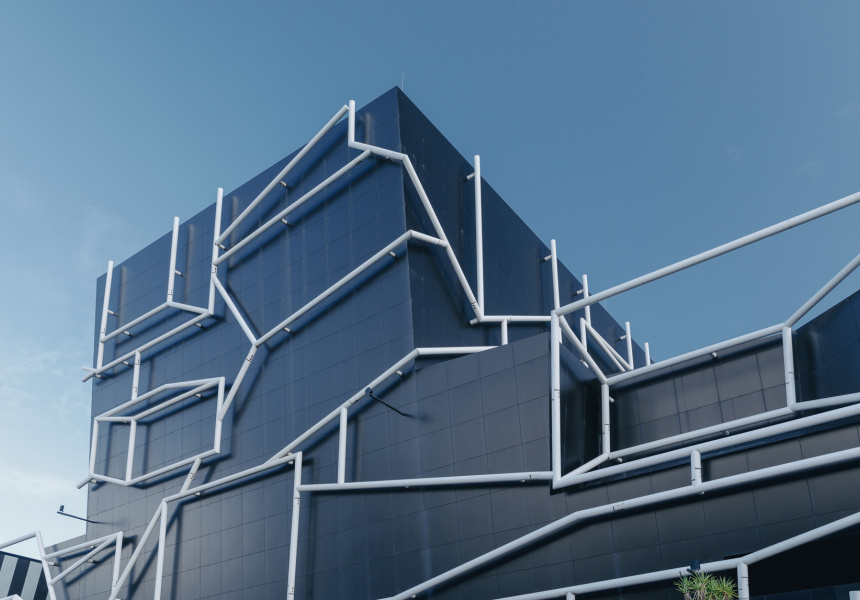 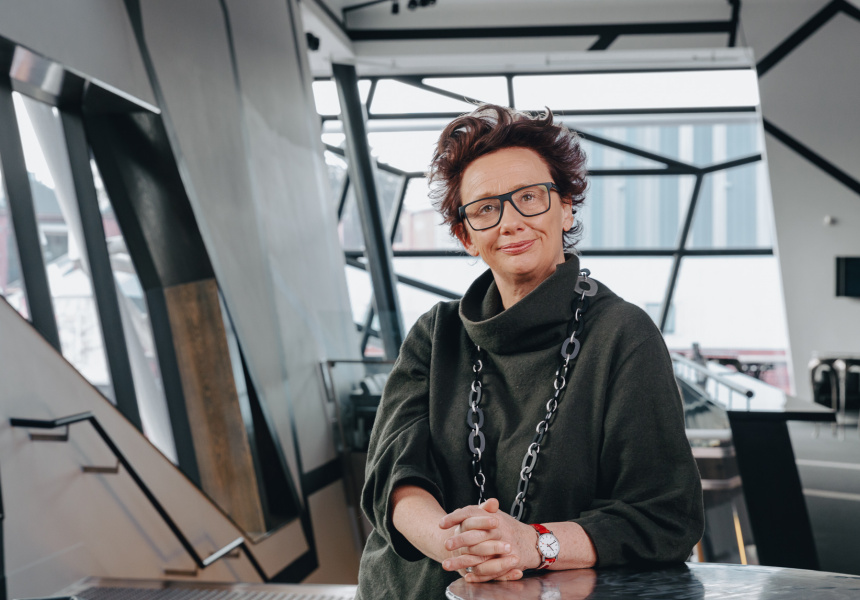 It’s almost impossible to imagine Melbourne without the Southbank Theatre, our own little Pompidou, with its white steel and gleaming glass. It’s been the home of Melbourne Theatre Company (MTC) and the countless stories it tells.

But it’s only been 10 years since MTC moved in there, and the landscape south of the city centre has changed radically in that time – not to mention how much it’s changed since the company’s inception in 1953 – transforming from a sparsely inhabited district to a fully-fledged cultural precinct.

To celebrate MTC’s first decade in Southbank Theatre – which houses the 150-seat Lawler theatre and 500-seat Sumner theatre - we spoke with executive director and co-CEO Virginia Lovett about her highlights of the last past 10 years.

Finding community
When Lovett took the reins at MTC in 2013, the Southbank Theatre was freshly unwrapped. While it was obviously excellent to have a dedicated space for the company to perform in, the location had some unexpected benefits.

“What I’ve seen is the growth of the precinct,” she says. “When I was leading the Comedy Festival, I came to the opening of the theatre and it was pretty much just MTC and Malthouse down here. But really it’s taken off in the last 10 years, with [the University of Melbourne’s] investments in the Southbank campus, and the new conservatorium.”

The beauty of having all these arts organisations within walking distance of one another is cross-pollination – the sharing of ideas (and wine) between like-minded creatives. “It’s quite unique in terms of the collegiality,” says Lovett. “I think that’s quite a difference between Sydney and Melbourne because with all of the arts companies here, you’re bumping into people at the bar. You start to talk about ideas. You’re seeing artists. It makes you all want to work together and make the sector work much harder. That to me is quite fantastic, refreshing and invigorating.”

Providing a leg up
One of Lovett’s proudest achievements during her tenure at MTC has been NEON Festival, a three-year program that invited some of the country’s leading independent theatre makers – such as Ash Flanders and Declan Greene of Sisters Grimm and Adena Jacobs of Fraught Outfit - into the institution.

“We wanted to build on that foundation of The Lawler even more, and to really throw open the doors,” she says. “So one of the highlights was obviously NEON … to really invite the independent sector to use the theatre, and have new people to come in and experience that.”

The program not only introduced new audiences to provocative shows – such as The Rabble’s “surreal and erotic visual fantasia” Story of O and Fraught Outfit’s On the Bodily Education of Young Girls, a menacing look at the space between childhood and adolescence – it also provided MTC with an opportunity to forge new relationships with cutting-edge talent. Since NEON many participants have flourished, with Declan Greene in particular going on to direct runaway hits like Blackie Blackie Brown by Nakkiah Lui and winning numerous prizes, including the Green Room Award for Best Original Writing. He is currently the artist in residence at the Malthouse Theatre.

“We saw a lot of new makers come in,” says Lovett. “And they’ve been working with us on different parts in the organisation, coming in and directing main-stage shows, or designing or in costume or tech designers.”

The occasional disaster
In this golden age of streaming, part of the continued appeal of live theatre is its inherent sense of risk. Getting up in front of 500 people and pretending to be someone else can occasionally go wrong. Recently, for instance, in Cosi an actor fell ill at the last minute. Instead of cancelling the show, director Sarah Goodes picked up a script, got in costume and played the role herself. “Everyone cheered,” Lovett recalls.

Sometimes, though, live theatre can get a bit more... messy. “One night we were hosting a potential sponsor. I read the report that night and the show had been stopped because unfortunately one patron had fallen ill and projectile vomited everywhere,” says Lovett. “[The] next morning I went into development [and said], ‘Please don’t tell me that person who was violently ill was next to the potential sponsor. And they looked at me and nodded and went, ‘Yep. All over her’.” Lovett bought the unlucky VIP a new scarf.

Top notch performers
The Sumner opened with a performance of Poor Boy in 2009, starring Guy Pearce. Recent hits have included Ladies in Black, an unlikely musical adapted from Madeleine St John’s classic Australian novel, and Jasper Jones directed by Sam Strong, which was later made into a film by Rachel Perkins. “Sam’s interpretation of Jasper Jones is beautiful,” says Lovett. “I do love seeing our cultural identity really brought to life on Australian stages.”

While the list of talent that’s graced the Sumner’s stage is endless, Lovett names Christie Whelan Browne as perhaps the defining actor of the MTC’s past decade. While she’s recently appeared in starring roles in classics such as Twelfth Night, her entry into the company came when she arrived as a Year 10 work-experience student.

“I love her work. She’s really grown in the company,” says Lovett. “I think she’s extraordinarily talented … she has that comedic talent, but she can also hold drama very well. And she’s one of those triple threats: can act, sing and dance. She represents the new for me, and I think she represents MTC.”

A footlit future
As the company heads into its next decade at Southbank Theatre, Lovett intends to broaden its commitment to telling Australian stories new and old.

“I think that’s what our NEXT STAGE writers’ program is really focusing on: mirroring what our diversity is as a country,” she says. “We’re making that a priority: to really invite new writers in to tell that story, and hopefully that will then attract different people into our audiences and different people playing those roles on our stages,” she says. “That has to be a priority – to tell new Australian stories, to represent our changing identity and who we are.”

In celebration of Southbank Theatre’s 10 year anniversary, Melbourne Theatre Company has released 1000 $10 tickets to its first NEXT STAGE Original, Golden Shield. This special offer is available from 10am Monday 1 July for 100 hours or until sold out. More details here.