Green Burials and A Will for The Woods

Have you ever thought about your own funeral? How will you be buried? Who with and where? Documentary A Will for The Woods raises awareness around green burials and follows the story of cancer patient Clark Wang. 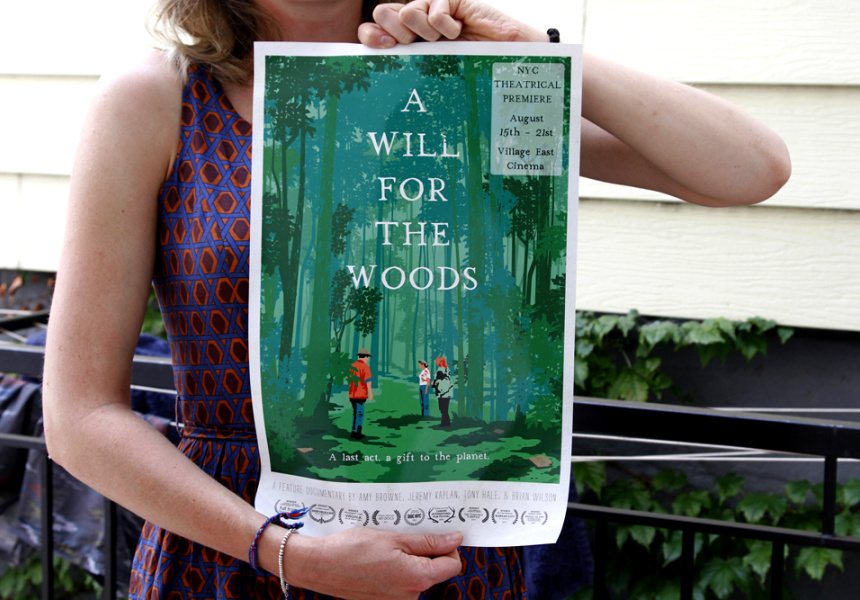 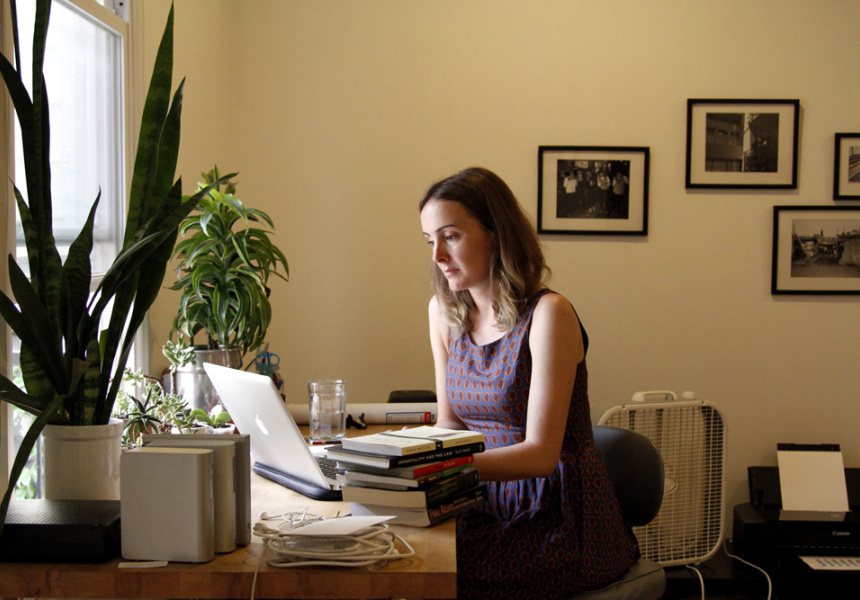 If you’ve ever travelled to JFK airport from New York, crossing over the Van Wyck Expressway in Queens, you may have noticed the Calvary Cemetery right beneath the freeway; wall-to-wall tombstones, a few trees and some grass, but largely otherwise desolate. “I remember being stuck in traffic in the summer heat with my sister on the way out of town to Massachusetts on a road trip,” says Australian documentary filmmaker Amy Browne, 28, about the light-bulb moment for her first film. “I was just thinking, what is this site? How is this serving people? Does anyone come here to visit their loved ones?”

Amy’s sister Sophie was working with a professor from the University of Melbourne, a biologist and zoologist who came across the concept of green burials while in Africa. And so the two spent the rest of the car journey discussing this natural alternative to resource-intensive, elaborate burials or cremation, propagated by the contemporary funeral industry.

“I found out the funeral industry turns over $20 billion in the US each year!” says Browne. “So if even a portion of that could go towards conservation through green burial, and restoring natural landscapes, the impact would be huge.”

A “traditional” burial is different to “conventional” burial practices (embalming and cremation). Browne explains that unlike embalming (an intensive technique using chemicals to preserve the body) or cremation (which uses fuel to burn a body at a high temperature for several hours), a green burial is eco friendly. Rather than using a mahogany casket, the green-burial casket is made out of biodegradable materials, preferably sustainably harvested. Or one can be buried in a shroud, a blanket, a favourite dressing gown, even naked. The graves are very simple; there is no lining and a lot of the time the people at the funeral will participate in the actual burial, shovelling dirt or throwing flowers into the grave. “But the main point of difference with a green burial is the conservation element,” says Browne. “These cemeteries are natural areas, not cleared plots, but forests restored and conserved with restrictions on the land so no one can develop on it.”

When Browne realised there was no supporting commentary or visual representation of the burgeoning green-burial movement, she decided to produce a film with co-directors Brian Wilson and Tony Hale and cinematographer Jeremy Kaplan.

Browne and Kaplan began visiting green burials sites around America. They also spent some time in Australia, only to realise the movement is still very small, with only a handful of sites available around the country. They did find a green-burial site near Byron Bay, and one in Derrinallum in Victoria doing “upright” burials (where a person is buried standing up), “which I don’t find as romantic,” quips Brown. “But why not – you’re dead.”

They also met with a group of farmers who had spent 24 years trying to convince the Australian government to start a site on their property. Browne explains that in Australia the land needs to be Crown land before it can be considered for a cemetery. That’s why there are so few.

In America there are close to 40 sites certified by the Green Burial Council, and another 60 are uncertified. In Europe there are more that 200.

The filmmakers visited plots from Ithaca to New Jersey and went to funeral conventions in Vegas and met some very interesting characters along the way, including Joe Sehee, the head of the Green Burial Council (who coincidentally now resides in Melbourne).

But it was one man in particular who made an impact on them and became the lead character in their film – Clark Wang. A psychiatrist from Durham in North Carolina, Clark (48 at the time) was in the final stages of non-Hodgkin’s lymphoma.

The film tracks Wang from a meeting in 2009 at his home in Durham to his final days in a hospital in Seattle in March 2011, and then shows his green burial service. The film follows Clark through his radiation therapy, as he receives his prognosis from his doctors in hospital and as he visits funeral school and his green-burial grave. We see him try his casket out for size and as he talks to the cemetarian who will bury him.

It seems a grim topic, and certainly an unusual one. But the outcome is a fascinating look at a largely unknown movement around death, burial and funeral ceremony. And rather than presenting a factual, didactic film promoting green burial, A Will For The Woods is an exploration of this alternative via one man’s search for a final resting place.

“Most people don’t even know green burial is an option,” says Browne. “So change needs to be made within the industry.”

UPDATE:
A Will For The Woods is screening on Wednesday March 4 at 6.30pm at Cinema Nova as part of the Transitions Film Festival. Tickets available here.

The film will be available for a wide Australian/NZ release in April 2015. If you are interested in hosting a screening or seeing the film, please email awillforthewoods@gmail.com or visit the website.