In 2012, the local music community lost Szymon, a budding musician with a golden voice. With the posthumous release of Tigersapp, that legacy can continue. 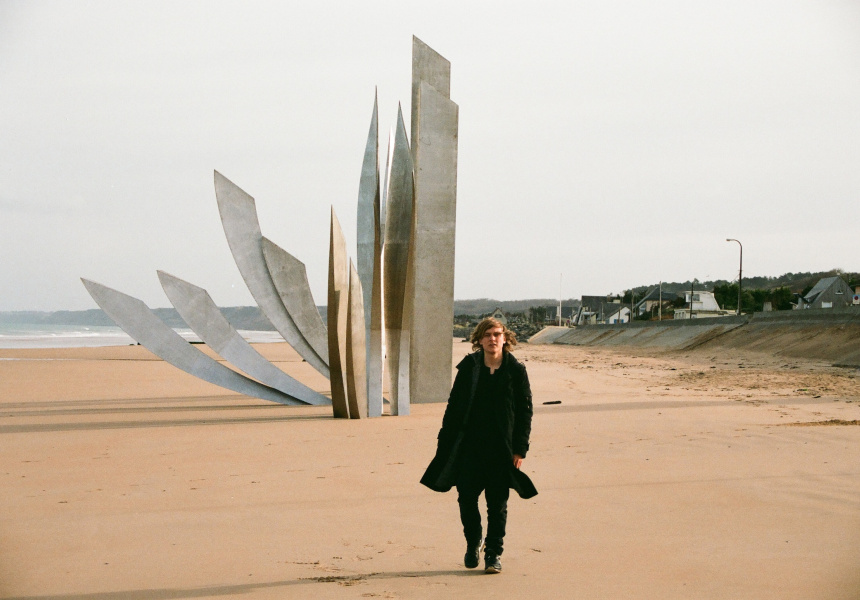 Pronounced “sha-mon”, Szymon is the Polish name for Simon. Singer-songwriter Szymon Borzestowski from Newcastle spent 2008–9 recording heart-rending indie pop. Tragically, after a long struggle with depression, Szymon took his own life in 2012. The Borzestowski family, with support from the local music industry, finished mixing his tracks. The hypnotic result is Tigersapp.

Each note in Tigersapp was written and played by Szymon. He recorded clarinet, saxophone, drums and vocals. These 12 tracks meander from haunting folk to toe-tapping melodies. Lyrically, Szymon wraps dark verse in warm, bright packaging. Tigersapp is as vivid as it is hopeful.

Dom Borzestowski is one of Szymon’s brothers. He plays dad-rock drums in Sydney’s Gang of Youths. “Our home was always filled with music,” Dom says. “The Polish culture is known for its love of song and dance, which we grew up with.” A sense of brotherly pride pervades the way Dom speaks of Szymon’s music. “[Szymon] was influenced by people’s stories and, in particular our grandparents, who endured the hardships of the war. He knew that everyone has their struggles in life, and his music talks about this. But often he lyrically points to another reality where there is hope, light and love.”

In 2008 Mark Holland was a talent scout for EMI. He received a mysterious CD, featuring four tracks, Symons name and a number. Holland says, “It was just one of those rare times when you’re sent a demo and you’re gobsmacked by the music. There was nothing online, I didn’t know if it was some 40-year-old guy handing in his ‘70s folk demos or what was going on.”

Alongside Craig Hawker (Sony ATV), Holland began working with Szymon to record his music. The project was shelved when Szymon’s depression became incapacitating. Years later, after hearing the news of Szymon’s death, Holland got in contact with Dom. “I let him know that I had all the stems and parts for all of Szymon’s music. They played a few of Szymon’s pieces at his funeral. That was the first conversation about all this music that was unreleased.”

Holland makes clear that Szymon had essentially finished Tigersapp. “It was 95 per cent there,” Holland says. “Szymon didn’t use any samples – every snare drum and kick drum is him actually playing. Mixing was just balancing all the audio for release.”

Szymon’s family was involved in the ultimate direction of the project. “We wanted to keep the record close to the sound Szymon had originally created,” Dom says. This was a matter of collaboration with producer Ian Pritchett (Angus & Julia Stone) and New York producer Rusty Santos (Animal Collective, Born Ruffians). “The process involved the engineers sending us a mix, or multiple mixes, of the one song. Then we’d spend time listening and sending feedback for any changes we felt needed to be made,” says Dom.

Proceeds from Tigersapp will help fund Eloper Music, an independent label established for the LP’s release. The label’s next step: creating videos for getting Szymon's music out there. There are also aspirations for a live show, featuring different vocalists and the Borzestowski family.

Comparisons could be drawn between Szymon and Nick Drake, Joy Division’s Ian Curtis or a glut of musical greats who experienced depression. Knowing about Szymon’s battle imbues Tigersapp with a sad, special dimension. However, this LP succeeds in its own right as beautifully crafted storytelling. Dom says, “Music may have been a release for Szymon, but it was also his journey. Despite this tragedy we hope that it speaks encouragement into others as well.”

If you are feeling distressed, Lifeline can help - call 13 11 14 to speak to a counsellor.