Ahead of its 40th birthday this Sunday, we unearth its quirky past. 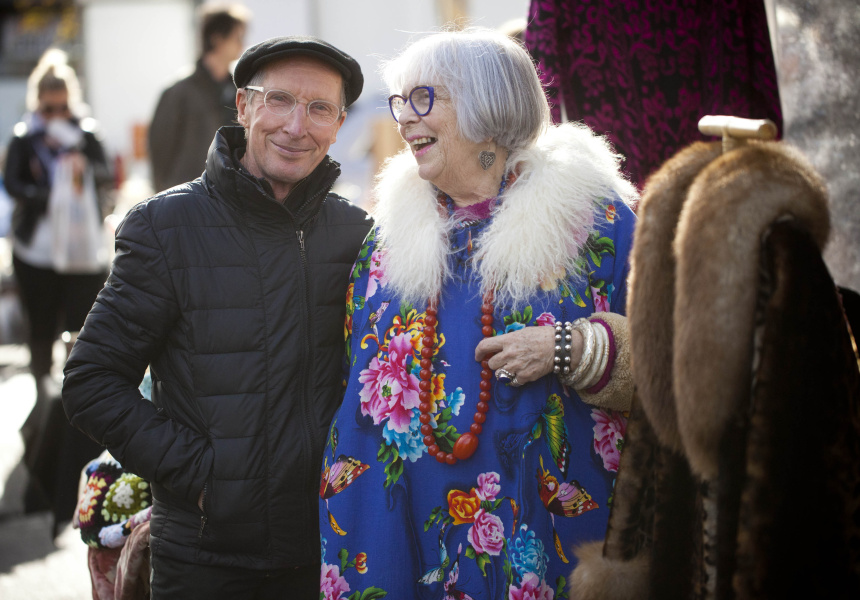 This weekend the Camberwell Sunday Market is celebrating its 40th birthday. And it’s not just the lure of rare keepsakes and hot-jam doughnuts that’s had people turning up before dawn for four decades. Since Balwyn Rotary founded it in 1976, the market has become known just as much for the quality and diversity of its second-hand wares as for its strong community roots and oddball characters.

It is this sense of community spirit that Leah Annetta appealed to when deciding on the name Sunday Service for her book about Camberwell Sunday Market. A visitor for 33 of its 40 years in operation, Annetta knows the market more intimately than most.

With a weeks-long waiting list to secure a stall, and only roughly a third of sellers making regular appearances, the market doesn’t host the same faces every week. And even if you keep returning to your favourite sellers, you never know what you’re going to get; each week almost all of their best stock is snatched up before sunrise.

“The serious collectors are there with torches at 5am,” says Annetta. “They’re called ‘The Torch Brigade’, and each week they’re there to interrogate the sellers even before they’ve unloaded their cars! It feels a bit like getting mugged,” she says, laughing.

When she started writing Sunday Service, Annetta initially wanted to uncover the strange things bought and sold over the years: from teeth in jars, to the Papua New Guinean fertility dolls that have gone on to sell for hundreds of thousands of dollars in London. But she discovered the history of the site was just as interesting as the items people have found there.

In 1987 Floyd Podgornik, a larger-than-life real-estate developer well-known in the media (he also owned Grossi Florentino for a period before his suicide in 1990), bought the site the market was operating on. Originally, Podgornik had approval from the council to build a multi-complex development there. But then a new, anti-development council was elected, and it decided to withdraw its approval. Eventually, in 1992 – after Podgornik's death and years of messy legal proceedings – a deal was reached whereby the council agreed to pay $24.75 million to Podgornik's company for the land.

“But then the council went broke [into administration] from buying it back!” says Annetta. “They thought they could fund the purchase by selling off other assets, but they weren't able to ... It was all a bit of a mess. But the market was a success straightaway, and the number of people who came each week exceeded all expectations.”

Annetta compares Balwyn Rotary’s running of Camberwell Sunday Market to “a finely tuned machine”, which goes a long way to explaining how it has collected $15 million for charity over four decades.

Over the years the money Balwyn Rotary has raised has gone to a wide range of local, national and international projects; from funding education programs in Australia, to supporting midwives in Papua New Guinea. This weekend, as part of the 40th-birthday celebrations, 15 of the charities that have been recipients of Rotary’s funds will have booths at the market, giving visitors a better idea of where their gold coins go.

“I don’t think [the market has] changed at all [in my 33 years], and that’s the beauty of it,” Annetta says. “There are lots of ways to sell now, with eBay and everything else, but when you go to [Camberwell Sunday Market] you still wander around with your coffee and doughnut, you haggle, you meet people, you bring your dog … And I don’t think it’s going to change much, either. People come from all over the place because it’s quite well-known now, but it’s still that great atmosphere, and there’s always great stuff.”

Camberwell Sunday Market’s 40th Birthday Celebration is being held on Sunday August 28 from 6.30am to 12.30pm. There’ll be face-painting, new booths and other surprises.