We speak to the LA producer and singer about blurring boundaries and working on Kendrick Lamar’s new album. 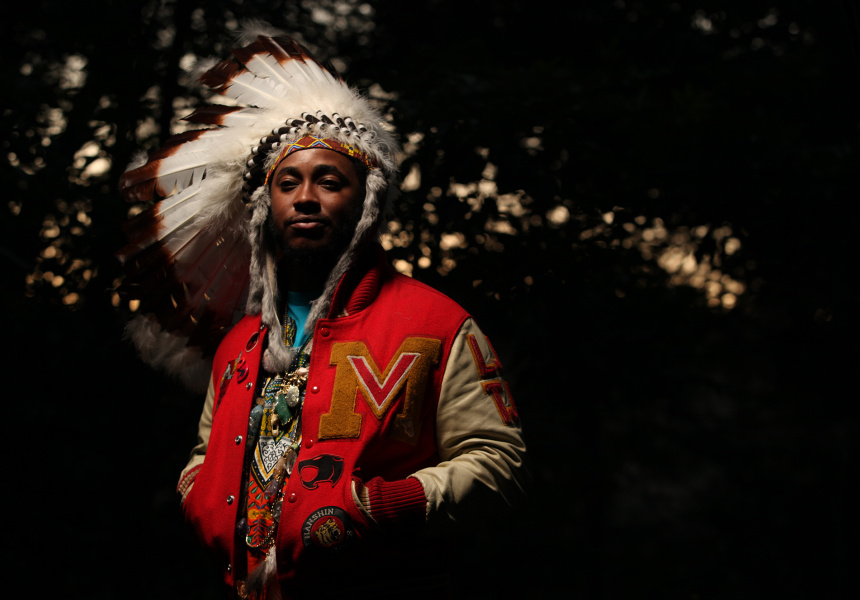 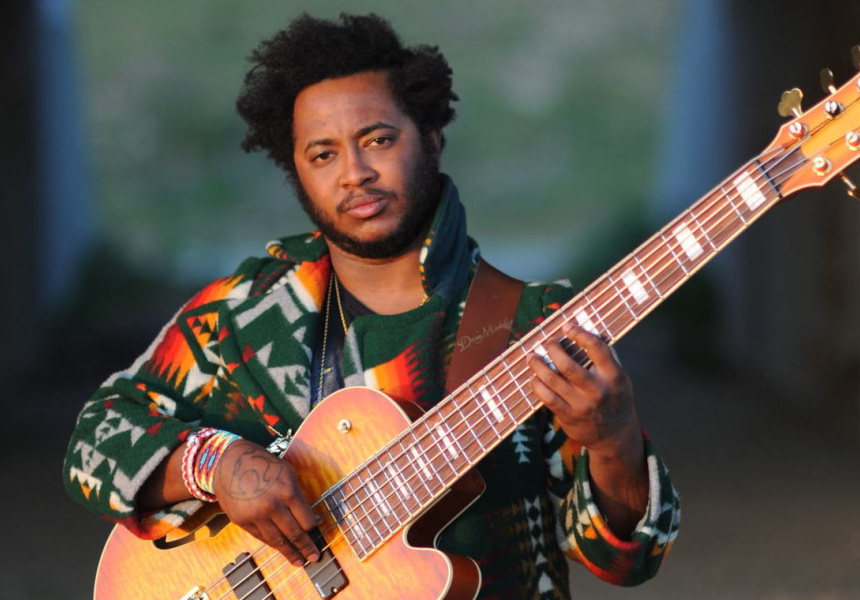 Stephen Bruner is better known as his alter ego, Thundercat. He’s a bassist and a singer-songwriter from LA, and one of the most-anticipated acts on the 2016 Laneway Festival bill.

Since he last visited us for his debut Australian headline tour in 2013, he’s been credited as a huge creative influence on Kendrick Lamar’s record-breaking To Pimp a Butterfly.

He recently released a new EP, The Beyond/Where the Giants Roam: a natural progression from his 2013 album Apocalypse in the form of a 16-minute trip into jazz-funk and beyond.

The word virtuoso is thrown around often where Thundercat’s concerned, but for him it doesn’t hold much weight.

“I appreciate being called that, but really, I just play instruments a lot,” he says casually over the phone from LA. Growing up in a “household full of musicians”, means music and its accoutrements – practising, gig going, scoring a pop hit during his brief time in German boy band, No Curfew, while still at high school – were all par for the course. Thundercat’s brother is Grammy-winning drummer Ronald Bruner Jr. His dad is an internationally renowned jazz drummer who’s played with the Temptations, Diana Ross and Gladys Knight.

Thundercat has toured the world with punk-rock veterans Suicidal Tendencies (his brother was a member) and collaborated with rapper Earl Sweatshirt; neo-soul singer Erykah Badu; and his regular collaborator (and Brainfeeder label boss), Flying Lotus.

“I very naturally gravitate to different genres with my instruments,” he says. “People tend to compartmentalise music, but to me, you’re playing an instrument and it doesn’t have a genre. It absolutely comes naturally to develop different styles of music – there are so many things you can do with it.”

A case in point, is To Pimp a Butterfly, acclaimed for (among other things) its rich sweep through musical styles from post-bop jazz to gospel.

“I’m very grateful for the opportunity to have worked with Kendrick so closely, because he is amazing. He’s genuinely amazing.” You get the feeling he doesn’t use that word lightly.

“He’s in a class of his own and I’m happy to have been able to sit next to him.”

Thundercat has forward momentum right now, sped along by his willingness to collaborate at every turn. “I’m really open to the idea of opportunities, stretching the people that you work around,” he says.

In addition to his recent solo release, he’s been working with Flying Lotus; experimental hip-hop group Shabazz Palaces; and funk master George Clinton on a new project called WOKE. They’ve released one track so far, but, “I’m excited for what’s going to come of this,” he says.

Thundercat is excited about music in general: from the Brainfeeder camp there’s Iglooghost, an 18-year old hip-hop and electronic producer from the UK who in Thundercat’s opinion is “is pretty awesome”. In this hemisphere, he also rates New Zealand’s Connan Mockasin and Australia’s future-soul maestros Hiatus Kaiyote – he played alongside them when he last came here. “[Frontwoman Nai Palm] is awesome. Every time I see her she’s always got something for me,” he says, laughing.