Five Films to See This Weekend

From big names like Tom Ford and Woody Allen. 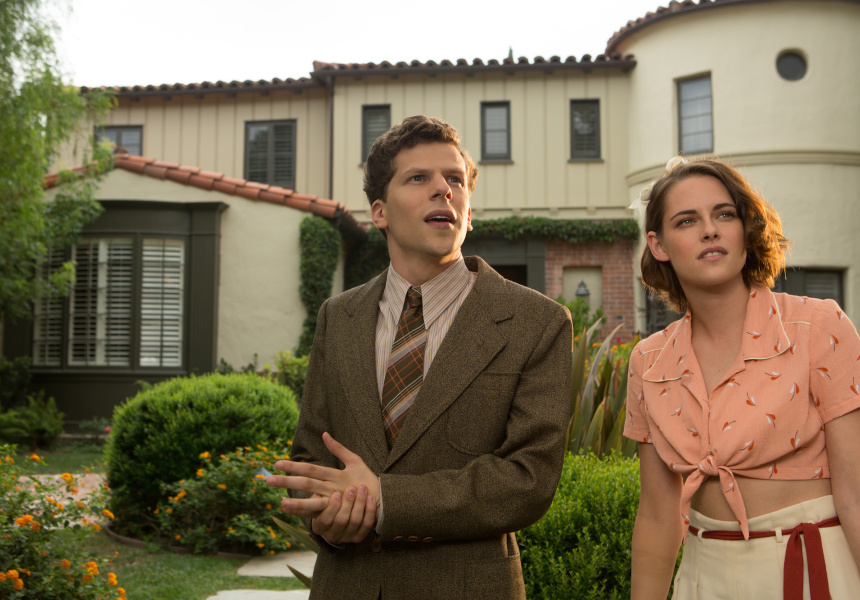 Nocturnal Animals
When Tom Ford’s debut film A Single Man came out, he put to rest any suspicions that a fashion designer-turned-film director would be all style and no substance. His second film Nocturnal Animals is elegant, rich and exquisitely shot (add first-class acting to the list, too).

Wealthy art dealer Susan (Amy Adams) receives an unexpected package: it’s a novel written by her ex-husband Edward (Jake Gyllenhaal). She reads it. It’s violent and tense and nasty, and it’s dedicated to her. The film jumbles up the present day, the novel’s plot, and extended flashbacks, ratcheting up the tension and proving that Ford’s a new cinematic master.

Cafe Society
Woody Allen’s films can be overlooked — if you miss this one, there’ll be another one out next year. But anyone who’s seen Blue Jasmine or Midnight in Paris knows that he’s still got some magic in him. Cafe Society is classic Allen. There’s an age-inappropriate romance, graceful storytelling and sardonic narration from the man himself. It is also further evidence of the continuing “Stewaissance”, which is what I’m calling Kristen Stewart’s career resurgence.

Bobby (Jesse Eisenberg) is trying to break into 1930s Hollywood with the help of his uncle Phil (Steve Carell) when he falls in love with Phil’s assistant, Vonnie (Stewart). Eisenberg take the bumbling, neurotic and lovelorn role that Woody Allen used to play himself, and he elevates it to more than just an impersonation. At this stage of Woody Allen’s career (this is his 48th film), the tropes are set in stone.

Elle
You’d be forgiven for not knowing that the man behind sci-fi classics Total Recall and Robocop is also behind Basic Instinct and Showgirls. Paul Verhoeven has had a long and illustrious career but hadn’t directed a film in a decade. Now he’s back with enigmatic French thriller Elle, which sees French film star Isabelle Huppert play Michèle, a businesswoman with a violent past trying to hunt down the man who assaulted her.

Elle is not for the faint-hearted: it opens with a brutal sexual assault and the confronting questions and scenarios keep coming after that. But it’s a tense and thoughtful film that tackles difficult subject matter, and Huppert is excellent as a woman thoroughly in control of her own life.

American Honey
British director Andrea Arnold’s last couple of films, Fish Tank and a version of Wuthering Heights, are brutal, realist dramas about youthful vitality in hard-edged Britain. Both are on SBS On Demand right now. American Honey is, as the title suggests, a very American film, but it’s a natural development in Arnold’s evolution.

Star (Sasha Lane) is recruited by Jake (Shia LeBoeuf) to join a sales team consisting of lost and abandoned teenagers who travel around the country in a van selling magazines at the behest of their Fagin-esque boss Krystal (Riley Keogh). Arnold cast most of the film with regular people spotted at parking lots, construction sites and beaches. There are no shiny, Hollywood faces on this road-trip across America’s desperate and ugly underbelly. The “mag crew” is rough and animalistic, but somehow the overall tone is optimistic. Arnold’s films always feature beautiful cinematography in the bleakest settings and this one is no different.

Julieta
Lauded Spanish director Pedro Almodovar always shines brightest when he focuses on women in trouble: see The Skin I Live In and All About My Mother. In his latest, Julieta (played in different time periods by Emma Suárez and Adriana Ugarte) struggles to come to terms with her daughter’s estrangement. In flashback, we follow Julieta’s love affair with a man called Xoan (Daniel Grao); the birth of their child, and the circumstances of their family breakdown.

Julieta takes its plot from a trilogy of short stories by acclaimed American writer Alice Munro, transforming them into Almodovar’s signature style of technicolour soap opera. It’s beautiful to watch, full of stylised cinematography and rich colour, but it also has real emotional depth. The result is hypnotic.

At Cinema Nova and Lido Cinemas.