Australian cinema is on a roll. Here are five homegrown films showing now that cut it with the best imports. 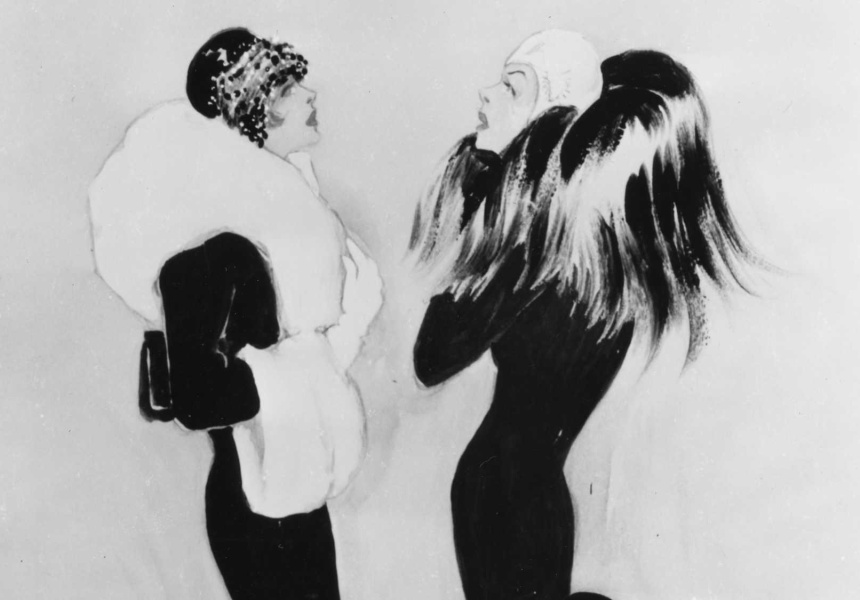 For some reason Australian cinemagoers aren’t particularly excited by Australian films. Was it one too many chummy comedies? A surplus of gritty crime dramas?

Never mind, because in recent years there have been small films that cut through the cliché. And right now, there are five great Australian films showing at your local. How often does that happen?

Holding the Man
Neil Armfield's adaptation of Timothy Conigrave’s classic memoir is a teenage love story, an epic and a tragedy. It’s funny, too. It’s no coincidence Romeo and Juliet features heavily in the opening scenes. Holding the Man takes on growing up gay in ’70s and ’80s Australia head-on: not only the built-in homophobia, the hostile family and the fear of being ostracised, but also the positives. Protagonists John Caleo and Tim, played by Craig Stott and Ryan Corr, find a community and find each other. As a coming-of-age story, its first half is tinged with glorious awkwardness: an early dalliance with a provocative photograph of the all-male Daly-Wilson Big Band

Cut Snake
Like a lot of Australian crime thrillers, Cut Snake is quarantined safely in the distant past, in this case the ’70s – that period of Australian history when we were all hardened ex-cons wearing fabulous nylon shirts and with Demis Roussos records playing on the stereo – but this gives that set-up a much-needed twist. Sparra (Alex Russell) and Paula (Jessica De Gouw) are newly engaged homeowners en route to domestic bliss. They're soon interrupted by Sparra’s old prison buddy, Pommie, played by Sullivan Stapleton, who returns to fling Sparra back into a hyper-masculine labyrinth of violence and unresolved sexual tension. And there’s the unlikely angle: gangsters, violence and period-piece crime dramas are brimming with homoeroticism, and that’s rarely been brought as much to the fore as it is here.

Another Country
For decades David Gulpilil has been the face of indigenous Australia on film: Walkabout, Crocodile Dundee, Ten Canoes and Charlie’s Country. Made with filmmaker Molly Reynolds, Gulpilil’s latest is a documentary about the unworkable clashes between white and black ways of life in Arnhem land. It’s a situation in which traditional ways are stifled by white Australia’s systems. It’s slow, thought provoking and beautifully shot, and Gulpilil’s narration doesn’t hold back: “No one from any government has ever even known our language. How can they claim to know us?”

Last Cab to Darwin
Michael Caton gets as far from his affable Darryl Kerrigan persona as he’s ever been. Here, Caton plays a Broken Hill cab driver diagnosed with terminal cancer. After one last look at his friends, his job and his house, he decides he’s got nothing to live for, and road trips it to Darwin, where assisted suicide is just about legal. It’s a fictionalised version of a true story from the ’90s (when such a law was temporarily in effect) retooled as a feel-good drama, with dying loner Caton joined by Jacki Weaver, Emma Hamilton and the ridiculously charismatic Mark Coles Smith. Like a lot of Australian films, it’s unlikely to get the audience it deserves, which is a shame, because Last Cab to Darwin has charm and heart.

Women He’s Undressed
For many years, one of our biggest Hollywood exports went uncelebrated. In the glittering golden age of Hollywood, Orry-Kelly designed gowns for Ingrid Bergman in Casablanca, Ginger Rogers in a slew of musicals, and Marilyn Monroe, Tony Curtis and Jack Lemmon in Some Like it Hot, and he won three Oscars for his troubles. Now he gets the attention he deserves with this biographical documentary from veteran director Gillian Armstrong. He was a colourful figure, and this is a colourful film, charged with in-character monologues from Darren Gilshenan as Kelly, as well as interviews with the women he dressed. The effect is to make him into a figure of myth: an unreliable narrator of his own story of glamour, squalor and Hollywood scandal.