First Look: New Nightclub Colour Is “In Control Of You Losing Control”

It’s been a wild few months in this former S&M club and 189-year-old church. Welcome to the pleasure dome. 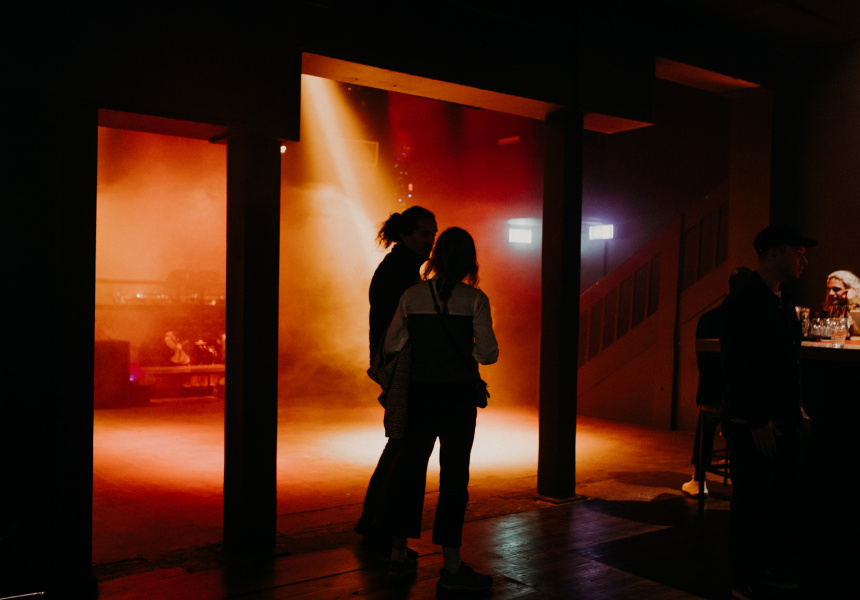 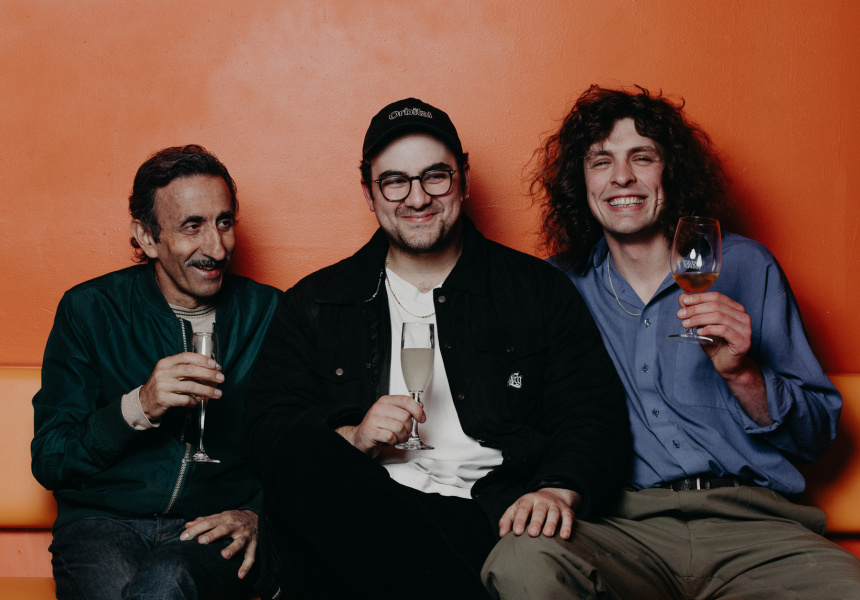 This article first appeared on Broadsheet on (October 17, 2019). Some details may have changed since publication.

It’s early on opening night at new Carlton nightclub Colour. The doors were due to open 15 minutes ago and co-owner Carlo Colosimo is walking around with paint-covered trousers apologising to friends and family outside. A tradie comes tearing out the front doors of the 189-year-old former church to toss a milk crate filled with earmuffs into his hatchback before cracking a tinnie and roaring off up Queensberry Street (the venue’s sound system had no power an hour ago). But later the speakers are booming and a line stretching to the end of the block is packed with clubbers clamouring to enter what is a likely spiritual successor to two of Melbourne’s most tragic underground club closures of the past year: the beloved Hugs & Kisses and Lounge, the later of which closed in April after 29 years.

Colosimo is Lounge’s former owner and at Colour he’s teamed up with his old club’s former booker, Liam Alexander, and Alexander’s DJ partner, Benny Rausa, who together play as 6am at the Garage (Alexander and Rausa are also part of the team behind this summer’s standout mini festival Something Unlimited). Rausa was formerly the head band booker at the Night Cat in Fitzroy and was instrumental in that venue's renaissance over the last few years.

When I speak to Alexander a few days after opening night (and after days of construction work) he’s feeling flat.

“[It] was exactly the feeling I had when Lounge closed. It was the sense of being a bit lost,” Alexander tells Broadsheet. “I don’t think I’d quite settled into the fact that, ‘Holy shit, we’re opening a nightclub’.”

But open it they have, or at least the newest version of it. The space has operated as various clubs over the years including the short-lived Yours & Mine and notorious ’90s S&M club Hellfire. Colour has a 24-hour licence so regular weekend events can run to 5am, and special parties even longer. On the ground floor are the main bar, freshly installed plywood booths and the club dance floor. Red pyramids of light shine down on a room that shudders with bass from the newly installed, industry-best Funktion-One sound system. But Colour isn’t just for DJs. Head upstairs past the smokers area and you’ll find the band room where every surface apart from the floor is painted in a bright, lurid orange. It’s here that on the club’s sold-out second Saturday Melbourne music fans have congregated for a “jazz doof”.

“The people coming into dance music have changed a little, and that’s kind of filtered into the kids that are just club oriented. There’s a two-way exchange going on where people who went to band shows are coming to club shows and vice versa,” says Alexander.

What appears to be every person in the club is packed into the band room to see Zeitgeist Freedom Energy Exchange, a band that’s part of a new wave of virtuoso, club-minded Melbourne jazz musicians recently featured on revered BBC DJ Gilles Peterson’s Brownswood Recording’s compilation Sunny Side Up. The band is on fire as it switches between jazz styles and an approximation of acid house, and the crowd reciprocates. Just a foot or two above are acoustic ceiling tiles, reminiscent of the plaster boards that lord over office workers across the country, struggling to soak up the sweat of the dancers below. "Welcome to the pleasure-dome," reads a neon sign at the room's entrance. Alexander recalls an early dance music experience at now-closed club Survivor.

"It was the first time I’d had ‘some assistance’ enjoying my evening. I’ll never forget that night because I went around and kissed all my housemates on the dance floor,” says Alexander, who was taught to DJ by Rausa eight years ago when he was 19 years old. “I remember the total chaos of it … the release from any of the standards or expectations of the outside world. I don’t think I would have been able to articulate it that way at the time, but now when I think about it, it’s what I find the best about clubbing and why I’ve stuck with it for so long. It’s a complete break from everything.”

“Melbourne jazz doof” sounds like a Betoota Advocate headline, but it’s worth remembering that the origins of disco and modern dance music were parties far removed from Saturday Night Fever or techno. In 1970 in New York City, DJ David Mancuso staged his first Love Saves The Day party at the Loft, his makeshift venue on Broadway. Although it was an invite-only party the door policy was inclusive and egalitarian. The sexually and racially diverse crowd at these early parties danced to tracks such as Santana’s Titanic and Woman by Barrabas, music closer to what’s being played by Zeitgeist Freedom Energy Exchange than the four to the floor bangers played by DJs in Colour’s downstairs club room.

Mancuso refused to sell food and alcohol at his parties, instead serving a buffet and fruit juices to his guests. And while that’s no longer a feasible commercial prospect – in a rigorously policed club scene burdened with costs such as mandatory (and often unnecessary) security teams, licensing and crippling rent – it feels appropriate that the punters at Colour are knocking back juicy skin-contact wines from the Adelaide Hills by Ochota Barrels rather than swilling booze-laced energy drinks. And they’ll be drinking it to a diverse soundtrack of house, techno, ambient electronics and live bands.

“Corey [Kikos] and Maryos [Syawish] of [experimental Melbourne house and techno act] Sleep D used to have this phrase: ‘In control of you losing control’,” says Alexander. “Which I think is the best. That’s what a nightclub should be.”