Amy Winehouse: An Intimate, Sensitive Look Behind the Gossip

The Jewish Museum’s new exhibition is a gentle and charming exploration of the life of a young girl from North London. 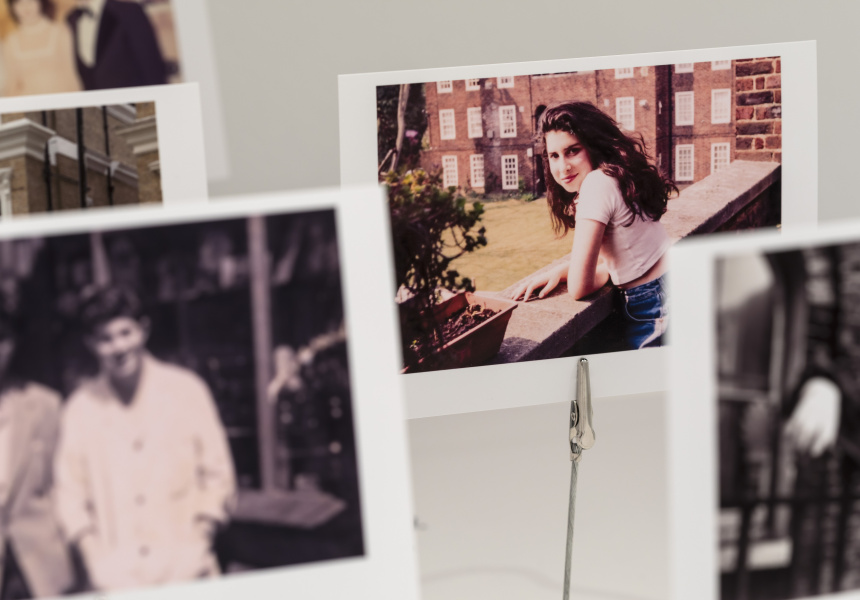 A lot has been said about Amy Winehouse. Between the release of her first album Frank and her premature death, she became one of the biggest pop icons in the world: a preternaturally talented singer, a gifted lyricist, a fashion icon. Then a familiar rock star trajectory: drugs, mental health problems, death at 27.

That much is familiar. But Amy Winehouse: A Family Portrait doesn’t want to talk about that. The exhibition, co-curated by Winehouse’s brother and sister-in-law, introduces you to Winehouse, the “little Jewish kid from North London”, her brother says.

From the first room, this is a movingly intimate portrait of Winehouse’s life, from family photos she had purloined from various family members, to archival photos that show a strong family resemblance, and a family tree (from which Winehouse's husband, Blake Fielder-Civil, who reportedly introduced her to crack cocaine, is conspicuously left off). Formative records from Winehouse’s youth play overhead, including Isaac Hayes’ theme from Shaft and The Carpenters’ Rainy Days and Mondays. On the wall, extracts from her audition essay for Sylvia Young Theatre School give a heartbreakingly earnest glimpse into her ambition and personality: “all my life I have been loud, to the point of being told to shut up ... you have to scream to be heard in my family”.

The danger with an exhibition like this is for it to perpetuate the exploitation of a troubled person. But the artefacts on show – including vinyl and CDs (Ray Charles, Carole King, Fresh Hits ’97, and Adam Sandler’s comedy album Stan and Judy’s Kid) and books (Hunter S. Thompson, Dostoyevsky, a book on serial killers and Sudoku) reveal a refreshingly ordinary young woman, and strip back layers of noise that surrounded her towards the end.

Later, there’s a Grammy, and a Rolling Stone cover selling her controversies (tagline: “The diva and her demons”). But they feel like they’re from a different world. Only at the end of the show do we get to hear that singular and remarkable voice, performing Back to Black, stripped down to a three-piece band.

At the exhibition launch, fans’ eyes – adorned with Winehouse-esque eyeliner – lit up. Michael Gudinski, the founder of Mushroom Records, talked to the crowd about sensationalism around rock stars, referring to recently aired Michael Hutchence documentary The Last Rockstar. Winehouse’s life, Gudinski said, was overexposed for all the wrong reasons.

The picture that develops here serves to redress the balance.

Amy Winehouse: A Family Portrait is at the Jewish Museum from October 22 to March 25.