A First Glance At MIFF

MIFF has released its First Glance selection and, this year, it’s going vertical. 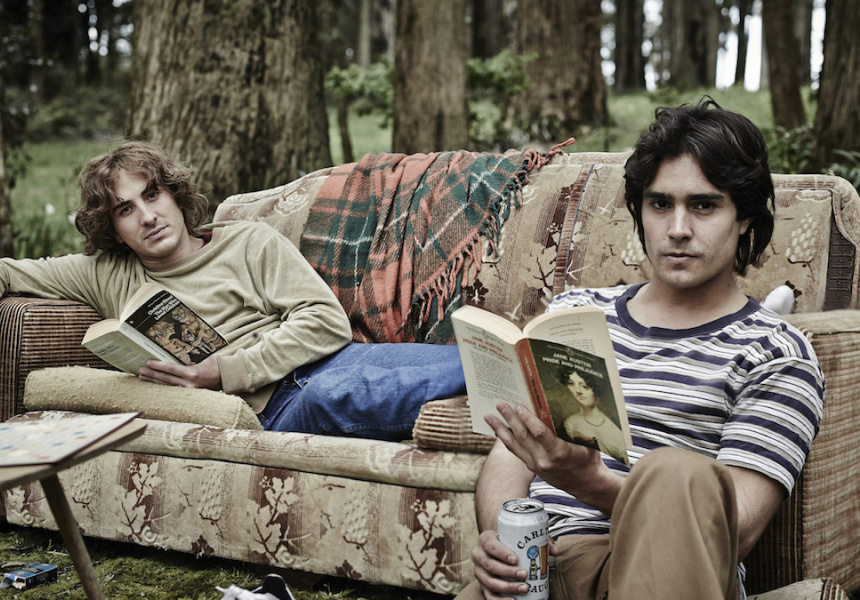 “There’s always a subtle political undercurrent to many of MIFF’s films,” says Carey. “I’m always interested in stories, whether they be documentary or fiction, about what the not-so-well-off are going through in life. There’s a lot of beautiful filmmaking about that. Just because they’re tough stories, doesn’t mean they can’t be dealt with in beautiful, cinematic ways.”

Andrew Bujalski (Beeswax, Computer Chess) departs from his mumblecore beginnings with off-beat indie rom-com Results; Alex Ross Perry (Listen Up Philip) returns with an ethereal character drama starring Elisabeth Moss called Queen of Earth; and Larry Clark’s latest, The Smell of Us, is also on the slate. The new film adaptation of Tim Conigrave's novel, Holding the Man will also screen as this year's Centrepiece Gala.

For the truly cinephilic there’s a new Guy Maddin film, The Forbidden Room, co-directed with Evan Johnson, and the Venice Film Festival’s Grand Jury winner, The Look of Silence, from documentarian Joshua Oppenheimer (The Act of Killing).

MIFF has also announced an artist’s moving-image installation at Deakin Edge. Ten experimental works from 13 artists (from Austria, the Netherlands and Japan) will screen onto a vertical monument, via a custom-built projector in vertical cinemascope.

The works have been commissioned to explore a view of “vertical axis art” and each one will be presented in 35mm film print format. Vertical Cinema will provide Melbourne with a monolithic blend of found-footage work, chemical explorations, structural experiments, live laser action and other abstractions of the cinematic kind. Carey promises it will also be loud.

“It’s more akin to an opera or live performance, even though you are just watching cinema,” says Carey. “I saw it in Rotterdam and I loved the intensity of it.”

Finally, your Myki might help get you into screenings as MIFF announces a new principal partnership with Metro Trains. For MIFF volunteers this means free rail transport for the duration of the festival. For everyone else, there’ll be a pop-up Metro Box Office where Metro Trains customers can vie for special “rush hour” ticket discounts and other special offers.

The full MIFF program will be launched July 8 with public tickets on sale July 10.