At the Movies: Five Films to See in March

A teenager stuck in Californian suburbia, a film star stuck in Liverpool, and a transgender woman stuck in an unsympathetic world. Here’s your month in film. 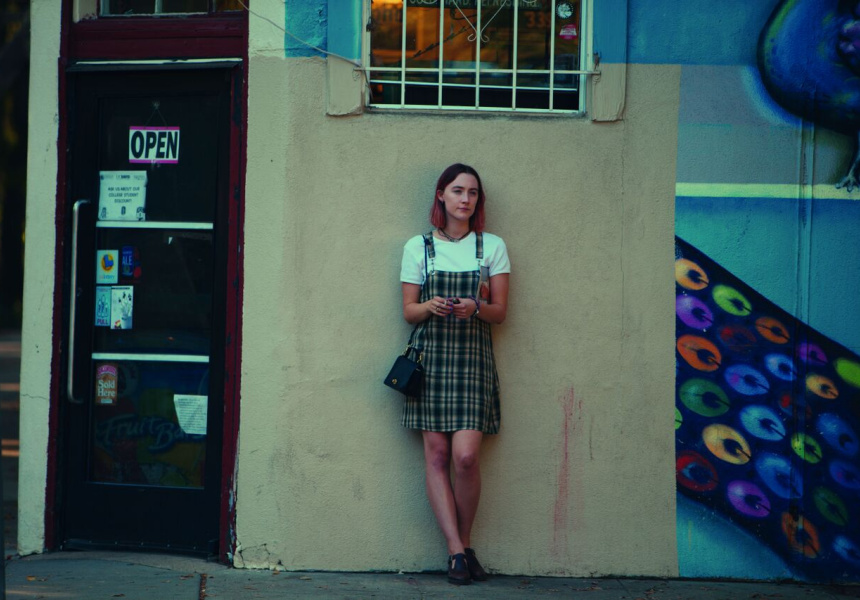 Lady Bird
Saoirse Ronan stars as Christine, aka Lady Bird, a 17 year old who wants to escape Californian suburbia as soon as possible and go to college in New York. But before she does she entertains a few failed romances, fractures a few friendships and rails against her mother (Laurie Metcalf).

The past decade has given us dozens of American indie films about smart teenagers outgrowing their adolescences and their hometowns. (Juno, The Perks of Being a Wallflower and Boyhood). But Lady Bird is that film in its perfected form. It’s a modest, snappy depiction of suburban ennui, and it’s refreshingly realistic. Lady Bird isn’t the prettiest or the smartest. And she fucks up time and time again. Her strained relationship with her mother, who clearly loves her but doesn’t really like her, will hit home with anyone who has ever had a tense relationship with their parents. Setting it in 2002 – footage of the Iraq war flickering on the family TV is one of the only historical giveaways – is a masterstroke too: it’s recent enough to feel contemporary and distant enough to feel like a small-town outpost of the present day. There are no mobile phones (for this family at least) and no social media. Coincidentally, it makes Lady Bird exactly my age. It got me right in the heart.

Lady Bird is screening at Nova and Palace Cinemas Kino, Como and Westgarth. Watch the trailer

A Fantastic Woman
Late one night Marina (Daniela Vega) is woken when her partner Orlando (Francisco Reyes) falls suddenly ill. They arrive at the hospital too late and he passes away. Marina, a transgender woman, is treated with immediate suspicion by the authorities and disdain by Orlando’s family. The more she is rejected by the world the more powerful her persistence becomes.

A Fantastic Woman is an unforgettable film that just won Best Foreign Film at the 90th Academy Awards. A story of a transgender woman navigating an unsympathetic world has the potential to be too politically loaded – or superficial – to work. And maybe that’s how it would have turned out if it had been made in Hollywood. But this is a sumptuous, thoughtful piece from director Sebastián Lelio, who creates a smoldering atmosphere. It has Alfred Hitchcock’s sense of mystery, Pedro Almodóvar’s sense of humanity and occasional flourishes of fantasy that would make both directors proud. Trans actor Daniela Vega gives a melancholic and heartfelt leading performance as Marisa; she treads the line between enigmatic and exposed. We never leave her side and we never want to.

A Fantastic Woman is screening at Lido, Nova and Palace Cinemas Kino and Como. Watch the trailer

The Square
A respected art museum in Stockholm is launching The Square, an interactive and provocative art installation about the lack of empathy and community in modern life. It’s literally a square drawn on the ground. "The Square is a sanctuary of trust and caring,” says the artist statement. “Within it we all share equal rights and obligations." But really the work highlights how disengaged and out of touch the gallery’s staff is – particularly Christian (Claes Bang), who is busy balancing petty revenge after his wallet is stolen with the advances of journalist Anne (Elisabeth Moss).

The Square starts as a satire of the art world but quickly builds into something far more; it picks at the little aggressions and provocations humans inflict on each other every day. Director Ruben Östlund also made Force Majeure, a brilliant character study about a disagreement snowballing into days-long emotional warfare. Östlund builds on that here; he puts a cast of believably grotesque characters into believably grotesque social conflicts that escalate into squirmy and hilarious scenes of restrained chaos. It’s a masterful social satire. Both this and A Fantastic Woman were nominated for Best Foreign Film at the Oscars, and I don’t know which I love more.

The Square is screening at Cameo, Palace Como, Palace Brighton Bay, and Nova. Watch the trailer

Film Stars Don’t Die in Liverpool
In the 1970s, faded Hollywood star Gloria Grahame had a love affair with Peter Turner, a British actor 30 years her junior, and spent the final years of her life treading the boards at regional theatres in the UK. This much is true. Film Stars Don’t Die in Liverpool is an adaptation of Turner’s memoir, which recalls the years he spent with Grahame, living mostly happily, half a lifetime away from her former celebrity.

The biggest worry with a biopic is that it gets lost in the scope of trying to retell an entire life while the prosthetics used to age the actors get increasingly absurd. But Film Stars is a small film mostly contained in Liverpool in the early 1980s – about as far from Grahame’s heyday as it’s possible to get – and we never meet her younger self. It paints a moving picture of a complicated, enigmatic person told through the eyes of a loved one. Annette Bening glows as Gloria Grahame alongside Jamie Bell as her doting partner Peter. Budget limitations hold things back a bit: director Paul McGuigan (The Acid House, some episodes of Sherlock) couldn’t afford to shoot much in Los Angeles, so we’re left with some dubious blue screen to cover the shortfall. But this small film has a small focus, and it’s all the better for it.

Film Stars Don’t Die in Liverpool is screening at Lido, Classic, Cameo and all Palace Cinemas. Watch the trailer.

Sans Soleil with a live score by Sui Zhen
This is a one-of-a-kind screening of a one-of-a-kind film. I’m hesitant to call Sans Soleil (Sunless) a documentary. It’s more of a visual essay. French filmmaker and photographer Chris Marker uses a stream of disparate images, drawing connections between them, giving them new contexts. In the world of Sans Soleil, images of the plains of Africa and the urban sprawl of Japan are both characters – a narrator ties these seemingly unrelated pictures together with a graceful, semi-fictional monologue. The film cuts from a plain scattered with dead animals to people dancing in ceremonial animal masks. A rocket launches into space. A TV shows images of the Khmer Rouge, and the narrator quotes Marlon Brando in Apocalypse Now: “Coincidence, or the sense of history?”

Hear My Eyes is an ongoing project that mixes film screenings with live performances and Sans Soleil will be accompanied by a one-off live score from synth-pop purveyor Sui Zhen. It’s an ideal film for rescoring because it leaves plenty of room for interpretation. If you were lucky enough to make it to last year’s installment of French animation Fantastic Planet with a live score by prog-jazz ensemble Krakatau you know how good these events can be.

Sans Soleil with a live score by Sui Zhen is on March 23 at the Astor. Watch the opening scene and play Sui Zhen over the top of it. Then buy your tickets: hearmyeyes.com.au/sans-soleil 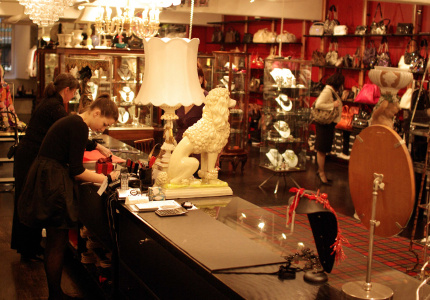