Inside this unassuming grey building down a side street … you won’t find much, actually. That is, until you put your headset on. 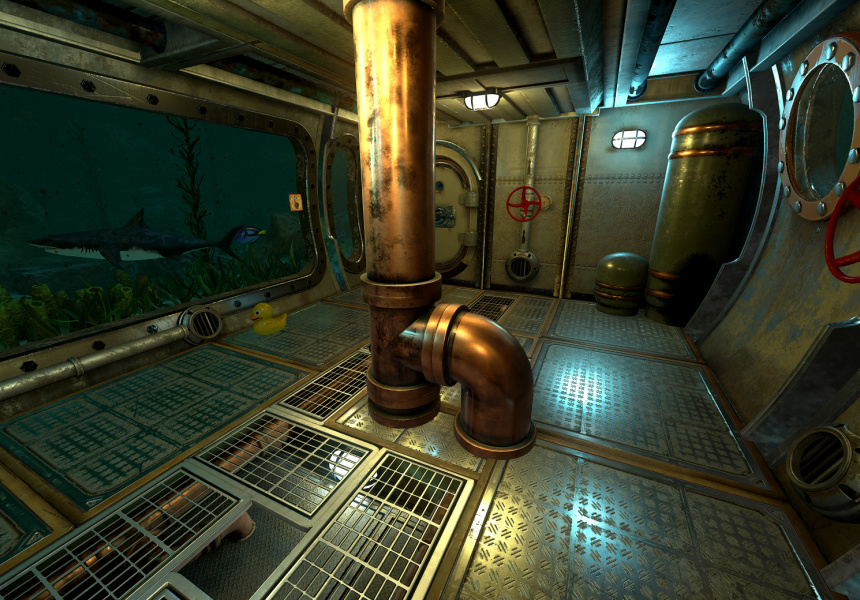 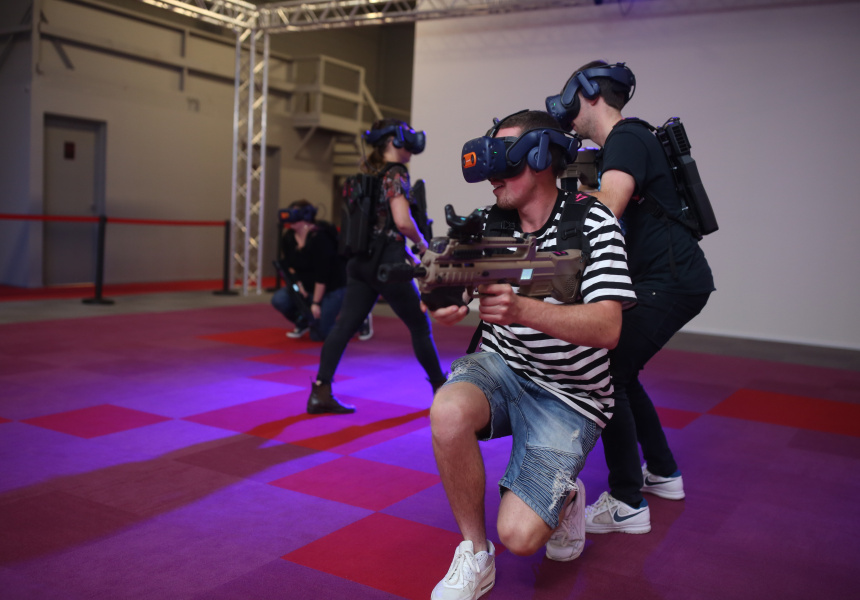 In a dark warehouse in Kensington, things are getting hectic. An experiment has gone wrong outside and a viral illness is spreading. People, dogs, bats and rats are now zombies. They’re piling into the warehouse and you’re their target. A giant zombie gorilla swings from the roof, hurling crates at you. You’ve died three times, but it doesn’t matter because you’re still standing in a near-empty room – save for the computer operating the game – with a headset on. The game is Last 4 Standing at Autron VR, a new virtual-reality hub in Kensington.

The unassuming grey warehouse is down a side street, and there’s not much inside the converted space to give away its function, either. But Autron VR isn’t meant to entertain you in the real world.

Owners Johnny Ye and King Lang are gamers who met at a party and hit it off. The name comes from the seminal 1982 sci-fi film Tron, in which a computer programmer is transported into a digital universe – they added “Au” for Australia.

“You’ve probably tried VR where you’re standing still or sitting down, but that makes it hard for the brain to adjust because your visuals are going a million miles an hour, but your body is stationary,” says Ye.

He says they chose to use “free-roaming” VR technology to help prevent players from getting nauseous.

Autron VR has four playing spaces. There are two open areas (for Last 4 Standing and Cybercraft, a player-versus-player game that’s yet to launch), and two smaller rooms for escape-room-style games. They’re a bit cramped, but the games are designed to fit within a small perimeter.

In Space Station Tiberia – armed with controllers, a wireless backpack and a headset –you have around 30 minutes to repair a spaceship that’s hovering above Earth while an asteroid hurtles towards the planet. There are two other escape-room games (Dragon Tower and Depths of Osiris) and they’re all multiplayer, so you can work with your mates to solve the puzzles.

“At first we talked about opening a physical escape-room, but realised that what you can achieve in VR can’t be replicated in reality,” says Ye.

“[We] give players the experience of going underwater where there are sharks swimming around you, or going to a castle where there’s a dragon flying above you. It’s more immersive.”

To an outside observer, a VR player might look foolish stepping over invisible dead bodies or grappling with unseen equipment floating through space. But VR is becoming increasingly popular, according to Ye and Lang, even if it takes some getting used to.

“It’s like with the first Imax movie – no one knew what it was until they experienced it,” says Lang, who hopes Autron VR will appeal to lots of different groups, not just hardcore gamers.

“When we did our testing, we had people as old as 60 come out. You’d think they wouldn’t be interested in this type of technology, but when you see their initial reactions, it just reaffirms what we’re doing here,” says Ye.

Autron VR is at 30 Albermarle Street, Kensington. Games are for two to four people, aged 13 and up. It’s $66 per person for an escape-room game, or $44 for Last 4 Standing.