February in Film: Six to See 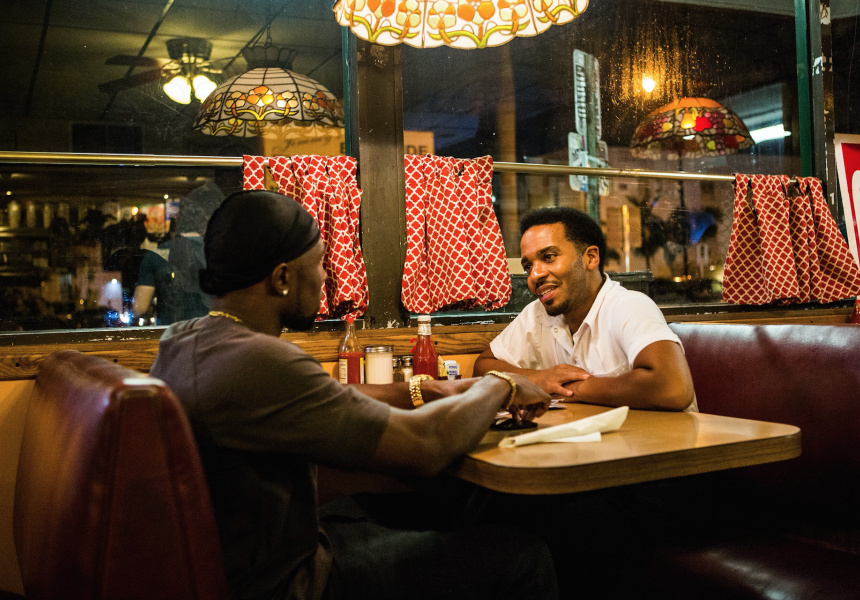 This month in Melbourne cinemas: the new masterpiece and Oscar favourite Moonlight; films by Jim Jarmusch and Federico Fellini; and, just in time for Valentine’s Day, a feminist B-grade throwback.

Moonlight
It's nominated for eight Academy Awards but the phrase “Oscar buzz” really doesn't do this thing justice. It’s a transcendent piece of filmmaking in which every element, from the cinematography to the performances, melds into a whole. Moonlight is the story of Chiron, a black kid (later teenager, then adult) growing up in Miami and struggling with his sexual identity. From there, director Barry Jenkins moves gracefully through key stages of Chiron’s life. Chiron is played by three different actors, across three time periods, but the character is so beautifully drawn and perfectly cast it feels like one single, virtuoso performance. The film is notable for its frank depiction of sexuality and identity, but it’s not easily categorised. Don’t think of it as a “black film”, or a “gay film”, because that’s not how it presents itself. Just think of it as one of the best films of the year.

Paterson
Jim Jarmusch’s films always move at their own pace, but his latest is actually about pace. Adam Driver plays Paterson, a bus driver and poet living in Paterson, New Jersey. He’s a slow, contemplative soul, and the film follows the mundaneness of his routine, from his regular travel route, to writing poems in his notebook, to his local bar. He has no ambition other than to live through each stanza-like day – its collection of patterns and moments – and repeat it the next. Patterns and small moments add up to a life. Jarmusch lends the everyday a sense of the divine, and Driver gives us a stoic, solitary artist whose art is simply taking in the world around him.

Paterson is screening at Nova, and at the Astor in a double bill with Down By Law on February 3.

Toni Erdmann
Across two hours this German-Austrian comedy is, in roughly this order, funny, awkward, baffling, touching and unpredictable. It also drew some of the biggest laughs I’ve ever heard in a cinema audience. In an effort to endear himself to his humourless, workaholic daughter, elderly eccentric Winfried Conradi turns up at her workplace in Bucharest and attempts to ingratiate himself into her life (and work) by wearing false teeth and a wig and re-christening himself Toni Erdmann. But it’s not a schmaltzy, broad comedy. It’s a thoughtful character study. The humour is pitch black and awkward, realist with dashes of restrained, genuinely moving whimsy. In lesser hands this story would be a mess, but director Maren Ade walks a fine line between the sublime and the ridiculous.

Toni Erdmann is screening at Nova, Lido and Classic cinemas from February 9.

8½
Every week Melbourne Cinematheque takes over ACMI with a double bill – from all over the world – that includes one significant and one obscure film. Opening its 2017 season (the full program is here) is one of Italy’s finest. Reacting to his own “director’s block”, 8½ encouraged filmmaker Federico Fellini to turn his attention inward. It’s a film about an acclaimed filmmaker shooting a directionless film. He neglects his cast (and his mistress) and drifts off into fantasy, waiting for the film to come to him. It was considered a masterpiece when it came out 54 years ago, and it had a huge influence on directors such as Martin Scorsese, David Lynch and Terry Gilliam. And it’s still worth watching. It’s weighty and avant garde, yet accessible and funny. The film has been recently remastered by the British Film Institute, and this Cinematheque screening is a rare chance to see it on the big screen.

Mustang
One of our favourite films of 2016, Mustang is getting an encore 2017 screening at ACMI. In present-day Turkey, five sisters are punished for unladylike behaviour by being, effectively, put under house arrest. Their clothes are taken away and replaced with ugly sacks. Marriages are tentatively arranged. As director Deniz Gamze Ergüven told Broadsheet last year, this is no dystopian fantasy. It’s a very real depiction of increasingly puritan Turkish society. It’s a harrowing but ultimately uplifting picture of control, independence and women fighting back.

Screening at ACMI from February 11–21.
acmi.net.au

The Love Witch
Here’s your alternative Valentine’s Day plan. This beautifully weird bit of cult schlock was a highlight of MIFF last year. It harks back to a simpler era when men were real men, and women were witches who brewed love potions to seduce them, then murdered them. Filmmaker Anna Biller goes to great lengths to make this look like an authentic 1970s sexploitation horror film, then douses it in feminist mystique. Just look at it.

Screening at Lido cinemas from February 14.