The dark, new Otways festival adds some exciting names to the bill. 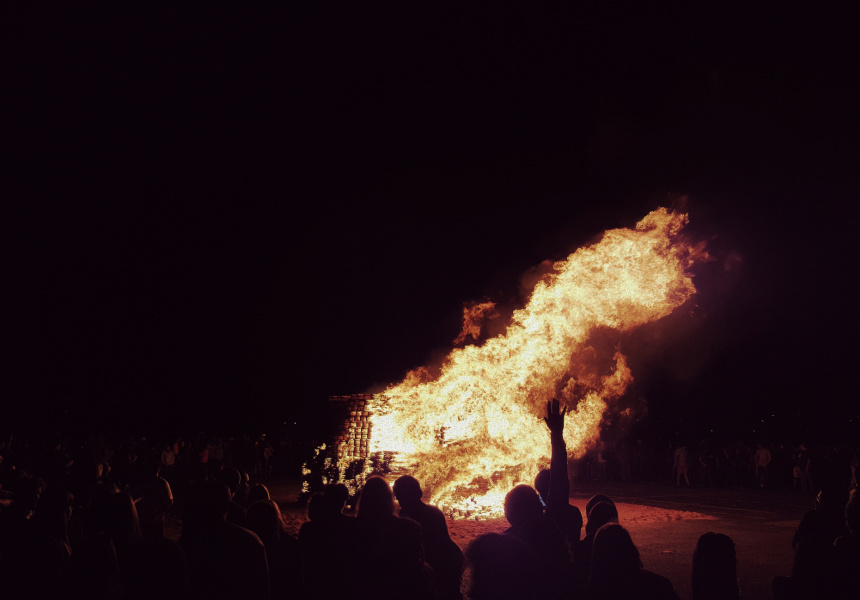 Even if you dread the colder months, you can look forward to a new after-dark festival this July: WinterWild 2017 in the Otways. The celebration of music, art, film, food, big waves and beach bonfires takes place over four weekends in July and August, each with a theme inspired by the elements: water, earth, air and fire.

Broadsheet has been given an exclusive first look at the new festival’s second round of acts, joining the already announced, Mick Turner (Dirty Three), Yumi Umiumare and Tek Tek Ensemble, Horns of Leroy and Emilie Zoey Baker.

The final weekend of the festival is set to get a killer selection of local talent to cap off the festivities.

Sui Zhen is an alt-pop project from NO ZU member Becky Freeman. Her uncanny but buoyant work explores the fleeting nature of life in the digital age.

Friendships – with their provocative personas and energy – are a polarising act, but regardless of your opinion, they’ll provide some sufficiently heavy electronics for a winter rave.

Sarah Mary Chadwick’s emotional torch songs are backed by swelling organs and the light pattering of drum machines – spark up a flaming brand for the former leader of Batrider.

Lullabies will be provided by Seagull, the project of classically trained guitarist Christopher Bolton. Don’t be confused by the classical guitar thing, his songs are ghostly, ethereal creatures, a far cry from the technical finger pickings typically associated with the genre.

“This festival won’t be for the faint-hearted,” says festival director Roderick Poole. “It is very much aimed at adventurous spirits ready to … embrace the harsh environment and celebrate the beauty of the elements at their extremes.”

“If you’re going to have a festival in Apollo Bay in winter there is no point hiding from the elements. We like it dark and wild, a little bit dirty.”