We've got an exclusive preview stream of Melbourne electronic duo Klo's debut EP before it officially launches at the end of the week. 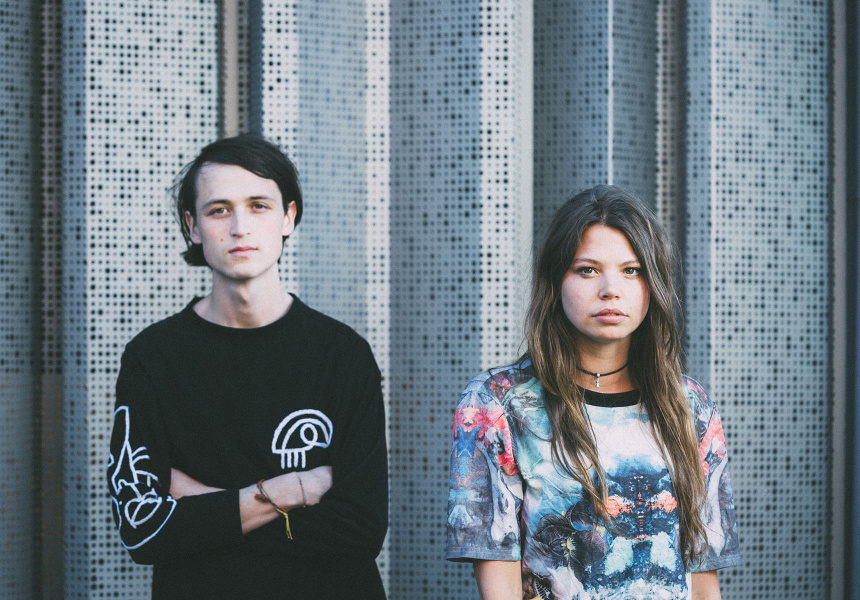 I was at Klo's very first gig in September this year. I'd never felt anticipation so thick for a band who had never played a show before. It was wall-to-wall – sweaty bodies crammed into Boney's 265-capacity band room with more trailing down the staircase, and unlucky latecomers standing on the pavement outside the venue.

Before they had even played a show, the electronic duo had already been announced for New Year's Eve festival Beyond the Valley, music industry showcase Bigsound and November's Paradise Music Festival.

What is it about this pair that promises so much? The first reason is obvious. Simon Lam created a name-to-watch with his breakthrough act, I'lls, and has collaborated with the likes of Naysayer & Gilsun. His cousin, Chloe Kaul, is a bit more of an unknown, but her voice and personal style (backwards caps and flannel shirts exude the '90s girl-next-door) gives us the idea she's a bit of a wildcard herself – in a good way.

Klo's sound is a dreamy side-step from I'lls – featuring slow kicks and claps, sensual vocals from Kaul, with undertones of glitchy beats and clever additions from Simon, without being over-produced.

We're proud to present the premiere Spotify stream of their debut EP, Cusp, here on Broadsheet. Put on your best headphones and we'll see you on the other side.

Klo will be playing a Morning Ritual show as part of Melbourne Music Week at Queen Vic Market (entry via Peel Street) on Saturday November 15 at 10.30am. Entry is free.

They will also play a free show at The Kelvin Club with Lucianblomkamp and Japanese Wallpaper on Thursday November 20 from 8pm.