It's not a title that crops up in the job ads much. But ACMI’s new digital innovator, Seb Chan, reckons it’s one you’ll be hearing of more often. 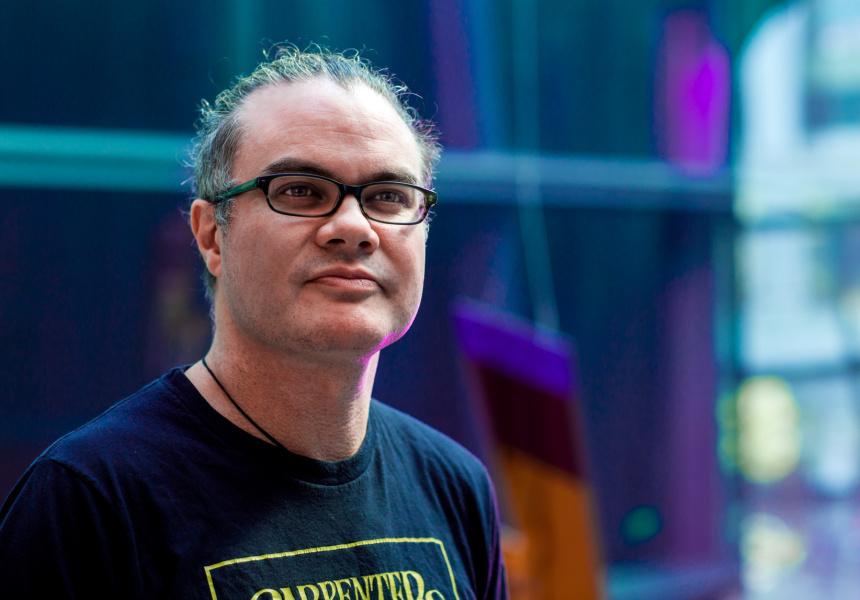 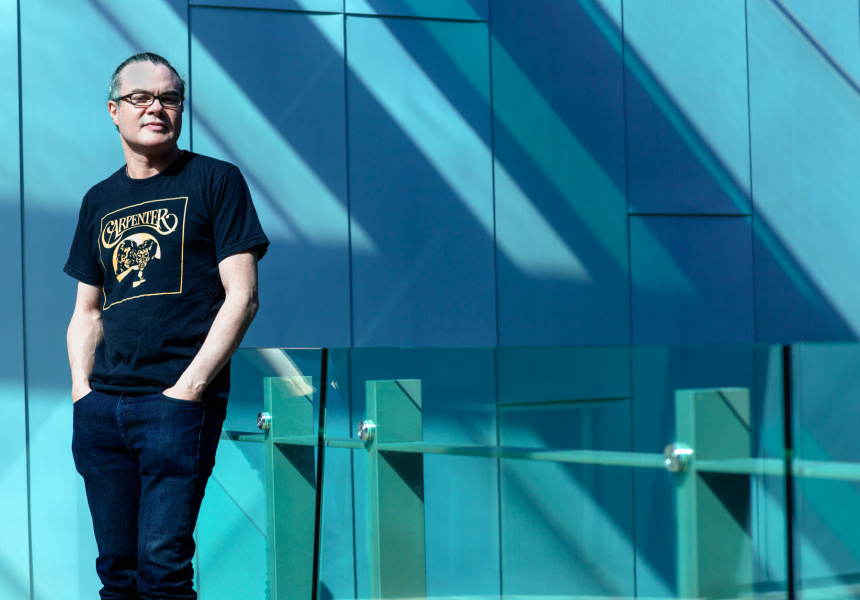 “What if the museum experience meant people wanted to put their phones away?”

That’s one way Seb Chan explains his job. As of last month, Chan is the first chief experience officer at the Australian Centre for the Moving Image (ACMI).

When it comes to museums, taxidermy doesn’t cut it anymore. The rise of GPS technology, social media and smartphones has seen museums the world over race to make their shows more “engaging”. The Museum of Old and New Art in Hobart, for instance, pioneered ‘The O’, a pre-loaded iPod Touch that tracks visitors around the gallery and serves information (or as it prefers to call it, “art wank”) about nearby artworks. Major international institutions such as The Met are reportedly experimenting with Facebook’s so-hot-right-now virtual-reality platform, Oculus Rift.

Chan has long been expert at innovating an audience’s experience. Known to many for his role in legendary Sydney party outfit Sub Bass Snarl, Chan and bandmate Luke Snarl blurred boundaries between DJ and live set, mixing synths, samplers and vinyl since 1991. His weekly club night, Frigid, brought out acts such as DJ/rupture, Squarepusher and Caribou long before they were being suggested on Spotify. And, along with Snarl, he founded experimental music mag, Cyclic Defrost while we were still printing that sort of stuff on paper.

If that weren’t enough, Chan has spent the last four years in New York after being headhunted by The Smithsonian. For those only familiar with the Ben Stiller film, The Smithsonian is one of the most-visited museum complexes in the world, with more than 30 million physical visitors and a collection of more than 140 million objects. Chan was brought in to drag its design museum, the Cooper Hewitt, into the digital age.

While at the Smithsonian, he introduced something called The Pen – which is, of course, not merely a pen: “Every visitor who comes to the museum gets given an interactive pen,” Chan says. “With that pen you can create things, and save everything in the museum – all of the objects and videos, you can go through the exhibits, collect them, and take them away later to do whatever you want with them. It’s this sense of the museum being a space where you can collect and take away stuff, but also create things while you’re there.”

But starting last month, a newly created role at the ACMI, has induced Chan to return to Australia. ACMI’s press release explains that, as chief experience officer (or CXO), he’ll be responsible for “embedding visitor-centred thinking throughout every aspect of [the] organisation”. It will also be his responsibility to “leverage new digital tools and platforms to engage our audiences deeply and creatively with our content and conversation”.

Obviously, getting people to “put their phones away” is not an easy job. But Chan believes we’re at the start of a new phase, where the ubiquity of the smartphone is prompting people to consider what’s next. “We love our phones, but we also hate our phones. It’s an interesting moment,” he says. “Culturally, we’re evolving to deal with new types of manners around devices, and I think it’s very important that museums and the performing arts have an opinion about it. It doesn’t matter what that opinion is, but they should have an opinion.”

His opinion, for what it’s worth, is that the smartphone will be a “supercomputer in your pocket” that’ll interact with the much-discussed internet of things, be they artworks, public transport, nearby screens, retail stores or cafes. An example Chan gives is the ticketing system at ACMI. Usually, a visitor will book their tickets online, carry their mobile device on the tram, reserve seats, and check out places to eat nearby. He believes that all these activities can be brought together in a more holistic way. “What could change if that was all joined up?” he asks. “If it was the default way it worked, what other things could ACMI give you, and make possible for you that weren’t otherwise possible, that none of us have even thought about yet?”

One potential option is to have support material linked to your visit – if you’re going to see a movie, for example, there could be a list of other movies by the same director linked to your Netflix account, or if you’re catching public transport to the venue, there’d be a 20-minute documentary to watch on the way. “In designing the whole experience, it has been in thinking about how media and technology can help create a better experience, but not diminish the reality of museums as social places,” says Chan. “How could you design an experience that would encourage people to engage with one another – of course, acknowledging that they’ve got that phone in their pocket, and its connectivity to expand their visit.”

What the museum of the future needs to do, Chan believes, is encourage visitors to really experience the stuff they can only experience while they’re genuinely, physically there, and push all the bonus material out to their devices so they can explore it once they’re at home. “Museums always put these video screens with a 10-minute interview with the designer or artist, and you don’t want to watch it there,” he says. “What if I could just save it and watch it on the subway on the way home. Let’s not get in the way of sociality.”

While Chan’s CXO role is the first of its kind in a gallery or museum anywhere in the world, he predicts it’s one that’ll be in most businesses and institutions. “How I’d describe it is that it’s a post-digital role,” he says. “It’s the sort of role you’re going to start seeing in a lot of places and organisations over the next decade as we start to realise that digital is not special anymore. In terms of good experiences, digital is just part of it.”