A YouTube Party, a play created and performed within 24 hours, plus a vast program of writing workshops and talks for Melbourne’s storytellers. 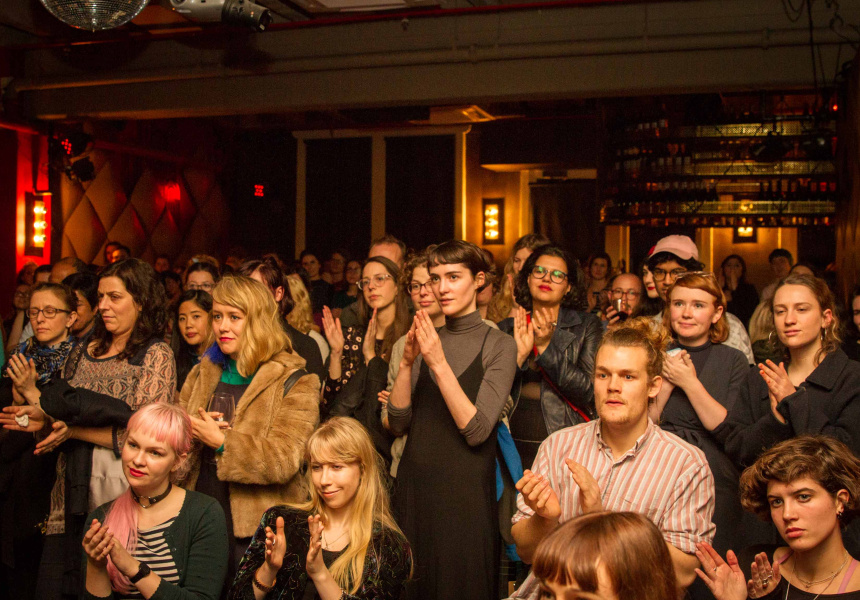 “Inside the word ‘emergency’ is ‘emerge’; from an emergency new things come forth. The old certainties are crumbling fast, but danger and possibility are sisters.”

This quote, from Rebecca Solnit’s Hope In The Dark lies at the heart of Izzy Roberts-Orr’s philosophy about the Emerging Writers’ Festival, an annual event that celebrates and promotes the work of all different kinds of writers.

Roberts-Orr has only been in the role of artistic director for a few months, but her involvement with the festival stretches back to when she first attended an event called “48 hour Play Generator” when she was 19. The event involved seeing a play move from conception to performance within 48 hours, pushing artists to their creative limits.

Now, in her first year heading up the festival, the event returns – and now the performers only have 24 hours.

It’s quite neat symbolism – this year’s program is packed to its limit, challenging the writers, artists, attendees (and the programming team) to fit in as much as they possibly can.

“The strongest thing that’s underpinned the festival for me in previous years – as a punter, as a creative producer, as an artist – is the sense of community that comes out of it, and the space that it creates for storytellers of all different forms and all different levels of emerging to connect with each other,” Roberts-Orr says.

“At the moment we are at a point, particularly politically, and particularly as artists trying to work within the creative industries, where things feel a bit terrifying and a little bit hopeless – so a lot of what’s behind this year is trying to look to the future.”

This year’s festival offers old favourites alongside new initiatives. Amazing Babes returns with a fresh line-up of artists paying homage to women who have impacted their lives. Professional development is on offer, with masterclasses on how to pitch to publishers, writing about food, the ins and outs of freelancing, and how to write Young Adult fiction.

There’s a spotlight on podcasting, with a workshop teaching you how to make your own, as well as Lunchtime Lit: Hidden Voices in Podcasting, an event that’s part listening party, part discussion.

Roberts-Orr is particularly excited about Love Show, the result of a new partnership with The Malthouse and performance collective Quippings.

This year welcomes a number of special events that don’t fit into a neat writing category. YouTube party will see artists defend the merits of their favourite videos; Lost the Plot is a literary battle between word nerds; and Tipping Points is a play that goes from blank sheets of paper to performance within 24 hours.

“I think sometimes working in the creative industries and in different storytelling communities it feels a bit like the Hunger Games,” Roberts-Orr laughs, before clarifying that she has learnt, “you’re more likely to win if you team up with someone.”

“I would consider this EWF as being for storytellers more broadly,” she says. “Connecting people to each other and providing that hope and fuel to keep creating and telling stories.”