The beguiling Spanish actress Elena Anaya chats with Broadsheet ahead of her appearance at the Spanish Film Festival and the Australian premiere of her new film, They Are All Dead. 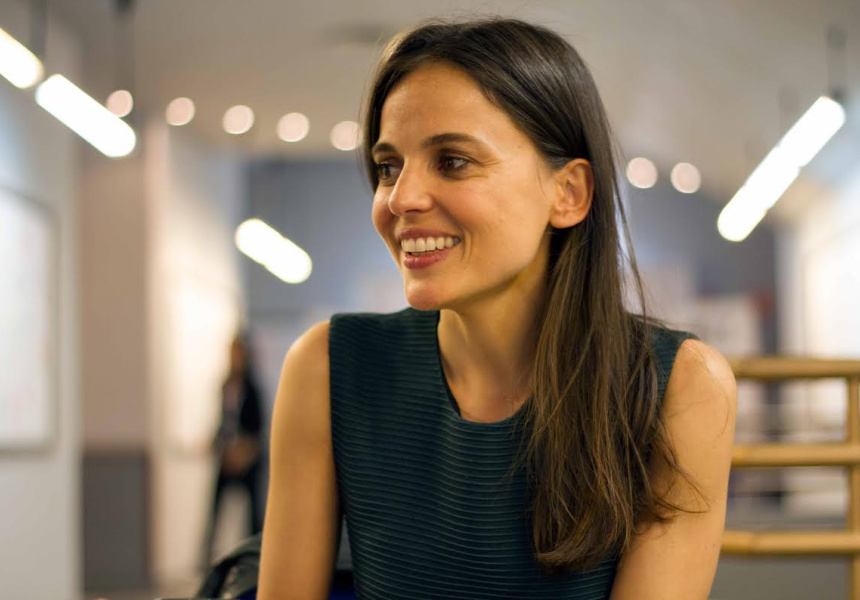 “In a way – and this could sound weird – these characters are choosing me.”

When Elena Anaya lands in Melbourne to promote her latest film, They Are All Dead, she will be the sum total of countless fictional people. “They all make an impact,” Anaya explains. “When you finish a film, you’ve been a person for several months. You can’t help but learn something. You’ll never be quite the same person again.”

They Are All Dead, premiers at the Spanish Film Festival this month. It is a curious film. For the most part, it’s a naturalistic portrayal of a former ‘80s glam-rock star and now withdrawn single mother, and her relationship with her teenage son. The twist is she is being haunted by the presence of her dead brother. It’s a small, engaging and satisfying film led by the mercurial presence of Anaya as the tightly-wound agoraphobe Lupe, going through the torturous process of returning to the outside world.

While Spanish cinema has limited exposure in Australia, Anaya is a recognisable face. She’s made several English-language appearances, such as in the blockbuster Van Helsing, as Dracula’s sadistic concubine, and the video for Justin Timberlake’s single SexyBack, as a kind of femme fatale. Abroad, she seems to have been pegged as a generic Euro seductress, or perhaps a Bond-girl-in-waiting. But her roles at home in Spain reveal her as a fascinating character actor.

“All roles change me,” Anaya says. “They make me a complete person. They teach me. They’re my soulmates in a way. I go through crises with them, and learn from them.”

She’s been a confident tomboy in Room in Rome, which is a queer counterpoint to Before Sunrise; she’s worked several times with director Pedro Almodovar, first as a bit player in the acclaimed Talk to Her and, most notably, as the lead in the masterpiece The Skin I Live In, in which she plays Vera, the captive of Antonio Banderas’ megalomaniacal Dr Ledgard. And now she’s Lupe in They Are All Dead –also a woman left traumatised and housebound by her past, but for very different reasons. Here, Anaya is unrecognisable. In Skin, she stalks a country mansion like a caged animal, alert, coiled. As Lupe, she is a tangle of anxieties and regrets, hiding in a modest suburban home.

“This is a character who had a future which was very quickly broken,” says Anaya. She has to find a way to keep being alive. She’s scared of all the ghosts from the past, and she’s surrounded by people who remind her constantly of them. She has to learn to accept herself. That was difficult for me. It’s a complex character with so much going on. Her body expresses a lot. When she speaks, she is like an angry animal.”

By the time she sits down for a Q&A at the Palace Como after the film’s Australian premiere, Anaya will have been promoting They Are All Dead for a year since its Spanish release. “Promotion is just part of my work,” Anaya explains. “Sometimes the same project goes on a year after it comes out, but I hope that people are talking about it 10 or 15 years after. I think this is a movie that could bring people a lot of hope. It’s the sort of movie where talking about it brings it alive.”

There are, of course, other sides to the attention an actor's voice receives. When I speak to Anaya she’s just days away from a voyage to the Arctic with Greenpeace. “They invited me on an expedition. The arctic is the most unprotected ocean on the planet,” says Anaya. “It’s being destroyed, essentially. We’re going to try to send a message and get to as many people as possible, to get to the conscience of people, to protect it.”

“Some voices are more heard than others,” says Anaya. “It’s ridiculous, but that’s the way it is. If my voice is going to be heard more than others, I have to help however I can.”

They Are All Dead premieres at the Spanish Film Festival on April 24 at the Palace Como, followed by a live Q&A with Elena Anaya.

Tickets can be purchased at spanishfilmfestival.com

Broadsheet is a proud media partner of the Spanish Film Festival.