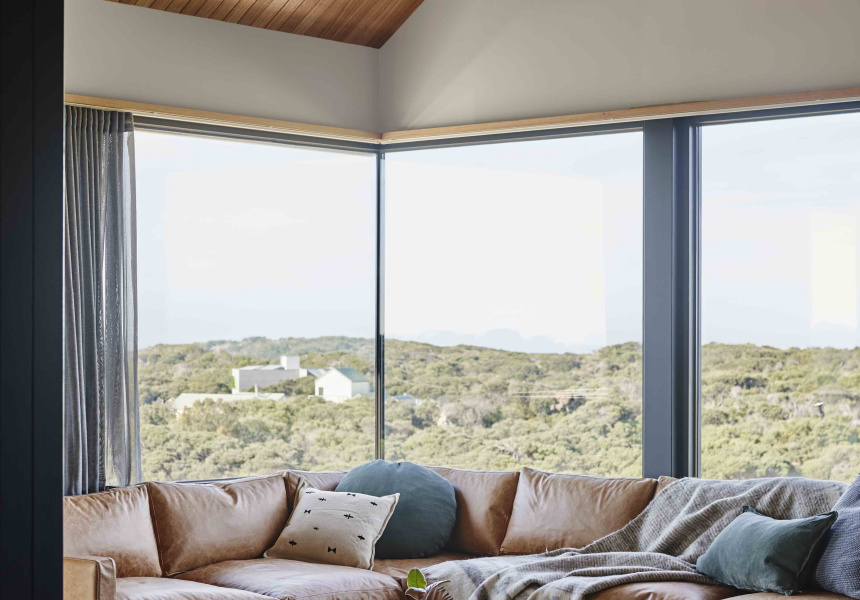 A flashy, futuristic hotpot-and-sushi train that’s all-you-can-eat. An ultra-luxe new peninsula-to-peninsula experience. A levitating, seven-metre-high sculpture of the moon. Plus, yum cha after dark (with roving trolleys stocked by top Melbourne chefs); an art show in a mysterious abandoned ballroom above a train station; and three excellent new bakeries to try. Here’s what Broadsheet Melbourne editor Tomas Telegramma is checking out in Melbourne in May.

A new moon rising
No, literally – as part of Melbourne’s ambitious new winter festival Rising, running from May 26 to June 6. An inflatable, seven-metre-high sculpture of the moon – by British artist Luke Jerram – will be levitating above a temporary bamboo forest in the middle of the city. Also, on an island you’ve probably never stepped foot on, bathtubs will be dropped amid idyllic bushland for an isolated, intimate bathing experience that’s “like stepping into portal”. (Read more and enter the draw here.) Other essential events for the hit list: a drab CBD car park transformed into a luminous art gallery; trailblazing artist Patricia Piccinini’s takeover of a mysterious, abandoned ballroom above a train station; and late-night yum cha, with trolleys filled by some big names – Tony Tan, Shandong Mama and Dainty Sichuan. And on the topic of food, 13 star chefs – including Shannon Martinez, David Moyle and Victor Liong – have just been added to the line-up. Find the full program here.

All aboard the Chef David Express (well, sort of)
An all-you-can-eat hotpot-and-sushi train is now permanently stationed in the inner east. It might look like an art gallery from the outside, but through a curtain made of chains and a secret entrance, you’ll find the neon-lit Chef David Kew. Broadsheet editor Chynna Santos says it’s just as flashy and futuristic as its city sibling. While your broth of choice (go for the spicy signature from the Sichuan capital of Chengdu) bubbles away on a solo stove, moving mesmerisingly on the train are 35 ingredients – Wagyu beef, abalone, black-truffle prawn balls and more – plus sushi and sashimi, bowls of spicy noodles, and sweet-and-sour pork ribs. It’s sort of a set menu, and I’m into it.

This month’s art agenda
Our art wraps are back – and now a regular thing. Which hopefully means a little less frantic googling and a little more streamlined planning when it comes to your next artistic expedition. Our top pick this month? A grand, gorgeously dilapidated room with ornamental features, the show-stopping centrepiece of acclaimed street artist Rone’s first comprehensive solo survey. It’s closing on the 16th, so be quick. You can also see a series of “blind” performances by an artist who buried himself under a Hobart street, and look back at contemporary artist Robert Owen’s 60-year career – a vibrant swirl of colour and geometry. Also find a double bass embalmed in a slab of toffee (inedible, unfortunately), flying creatures casting angular shadows on the walls of NGV Australia, and tasselled, sheepdog-like sculptures with a sinister side. “The more you look, the more uncanny valley things get,” according to our writer.

Leo and Lon luxe it up
Pt Leo Estate and Lon Retreat are prime luxuriating locations in their own right. The former, on a grandiose Mornington Peninsula property, is home to fine diner Laura as well as a sprawling restaurant, cellar door, wine terrace and sculpture park; the latter, a stunning hotel on a rugged hilltop in Point Lonsdale, has the added benefits of a tranquil mineral pool and day spa. Unsurprisingly, they make one helluva power couple. The pair has formed an alliance to launch two new three-day packages that let you soak up the best of both wonderful worlds. (To link the experiences, you’ll set sail on Port Phillip Bay from one peninsula to the other.) Splash out substantially with the Lon to Leo option, or push the boat out entirely – pun well and truly intended – with the Lon to Laura.

Big baked-goods energy
One of Melbourne’s best (and best-looking) new bakeries, North Melbourne’s Bread Club, has crossed the river to open a second mint-green spot in Albert Park, with $10 sangas, pizza on weekends and stomping, nap-inducing (in a good way) cardamom scrolls. In Ripponlea, a baker with a loyal following, Maaryasha Werdiger, has traded her garage for a dedicated shopfront. Get crowd-pulling sourdough loaves, pillowy focaccia, beautifully braided challah and swirly chocolate babka at the lo-fi sourdough micro-bakery two days a week. And on the north side, Mali Bakes is a new, appointment-only celebration-cake shop churning out creations that are cheerfully retro, vividly coloured, intriguingly flavoured and (almost) too pretty to take a knife to.

Channel your inner Ottolenghi
If you happened to miss the killer Yotam Ottolenghi recipe we published last month, you, well, missed out. The earthy lasagne has a couple things going for it, including being a show stopper, being something you can make vegan and, because it’s by the world’s most beloved celebrity chef, it will impress when you serve it to your friends. The Jerusalem-born, London-based chef, author and restaurateur even reckons it works if you can’t be bothered with the layers – jut serve it with pasta or polenta.