Down to the Core: Lady Eats Apple Opens This Week

Power, gods and inflatable sets. Back to Back Theatre returns with most ambitious show yet. 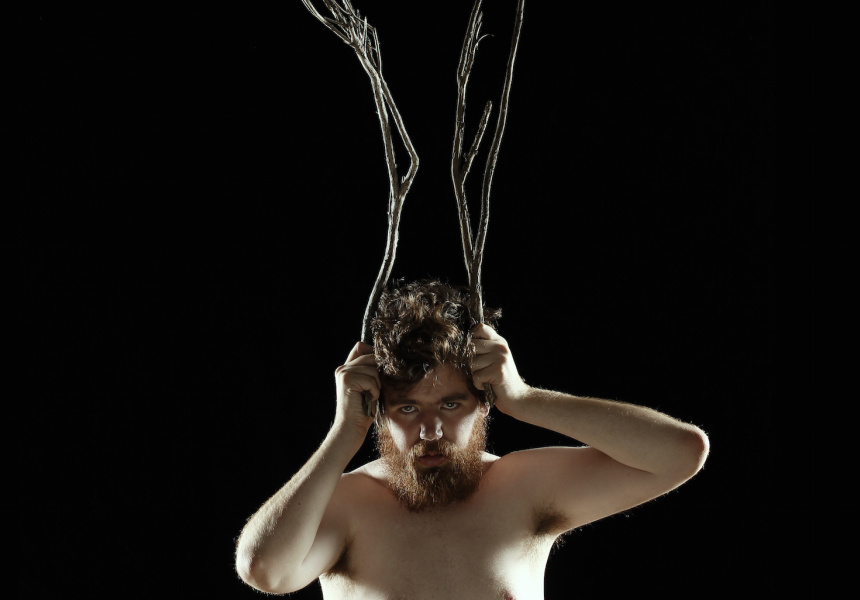 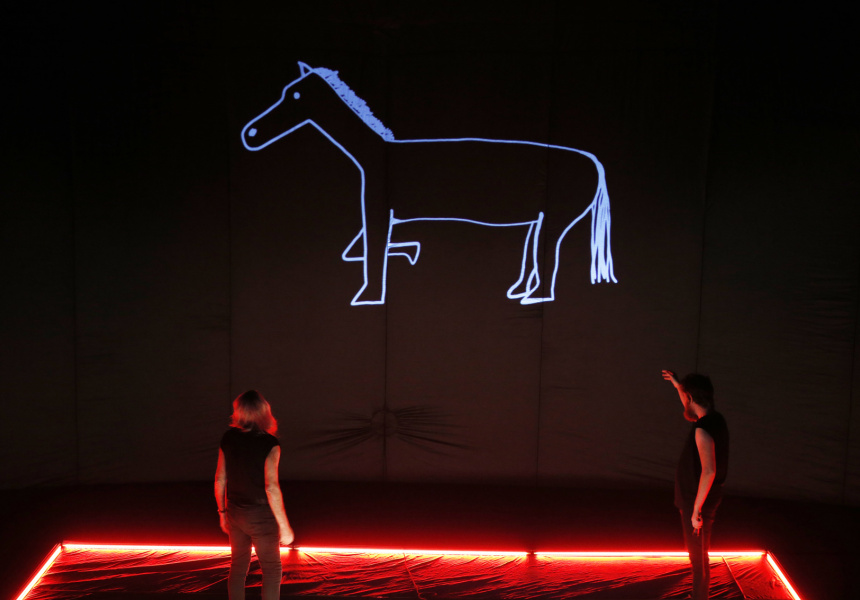 Lady Eats Apple is an ambitious piece of theatre. But we expect that from Back to Back now.

The newest play by the Geelong theatre company, which debuts this weekend at Melbourne Festival, centres on death; each of its three acts loosely explores this from different perspectives. The look of Lady Eats Apple couldn’t be more different from the company’s last production, Super Discount. “The last work we made was very small and had no set,” director Bruce Gladwin says.

The show is performed on a huge inflatable set in Hamer Hall and takes audiences from the beginning of time to the modern day over an hour.

Back to Back Theatre, which began in 1987, exclusively uses a cast of actors with perceived intellectual disabilities. The company has gained international recognition for its past shows, particularly Ganesh Versus the Third Reich, which the New York Times described as being, “about the nature and abuses of power, big and small”. “There’s an ongoing theme in our work around power and I think this [Lady Eats Apple] work is very similar,” Gladwin explains.

“I guess in a way it’s a question about whether we can hold an audience in such a large house. It’s about a group of actors with disabilities from Geelong in Australia with the, I guess, audacity to think they can play a large, 2000-seat venue. And there’s a story about power within that too.”

“The motivation for making [Lady Eats Apple] came from one of our actors, Simon, who wanted to make a tragedy. So inherent within tragedy is the concept of death,” Gladwin says. The company conducted a series of interviews with people who had near-death experiences, and used their descriptions to create the look of the show. The result is a “large, visual theatre piece that tries to create the unconscious as a landscape; a series of voids that the audience is not only watching, but within”.

Gladwin describes the narrative as loose and hypnotic – the company wants the story to play out more in the audience’s mind than on stage. “It’s quite an open work,” he says, which looks at “what limitations are placed on us as individuals, and by who”. He continues, “I like the idea we can make something that may re-occur to someone a month, or two months later after seeing it.”

Gladwin brings up a 2002 work by the company, Soft, which looked at the ethical and moral implications around pre-natal screening. “In a way it [was] like science defining what humanity could be. I think a company like Back to Back working within the realm of art, making art, also offers another definition of what humanity could be.”

He continues: “There are broader themes that appear in the work and it’s very hard not to look at the actors on stage, and some of the bigger thematic discussions currently about disability and society are kind of pertinent to that – exploring diversity and otherness – but it’s not really our objective when we set out. For me our objective is really to just make great art.”