A Decade of Local Music Discovery at Melbourne Music Week

Over the last 10 years, Melbourne Music Week has been a fertile breeding ground for some of Australia’s most exciting acts. In partnership with MMW, The Operatives founder Jerry Poon and Look Out Kid founder Nick O’Byrne reflect on the highlights and evolution of the citywide music celebration. 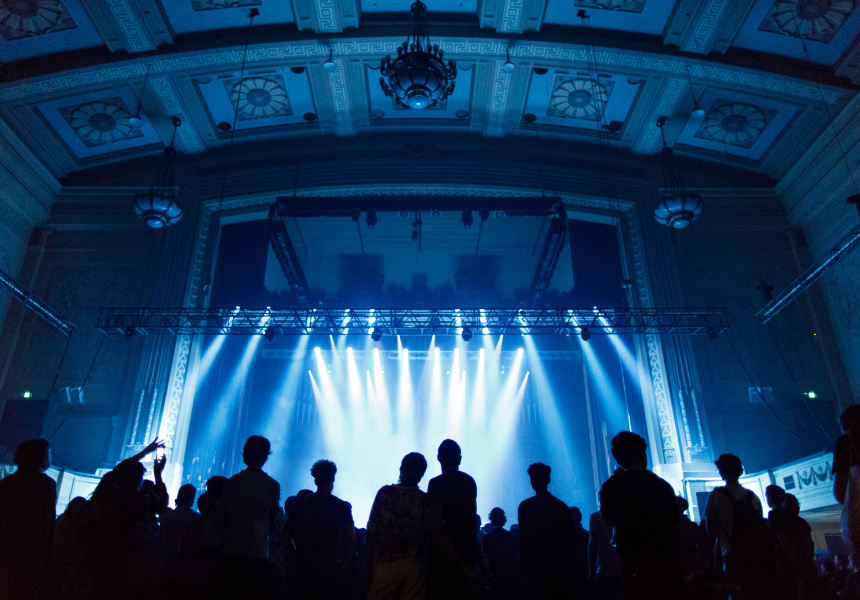 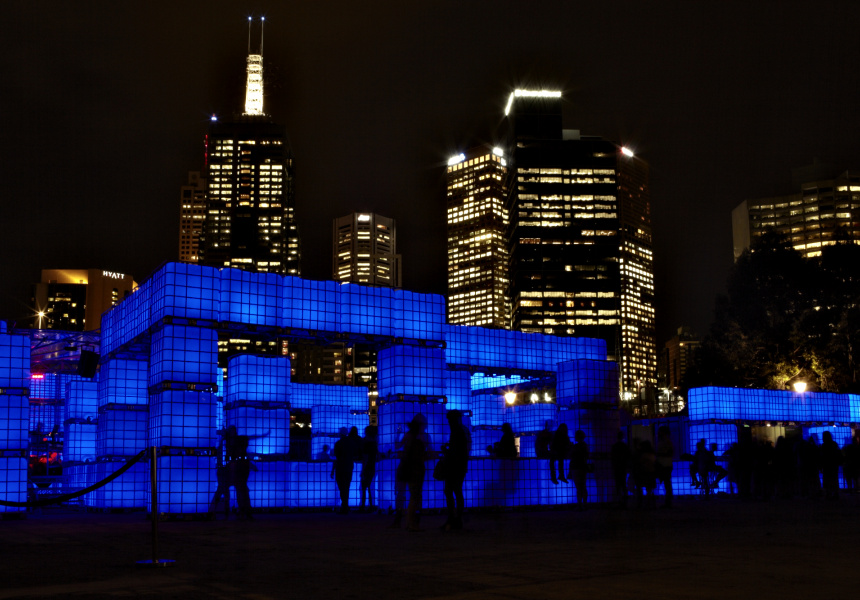 When asked for his most memorable moment from 10 years of Melbourne Music Week (MMW), Jerry Poon doesn’t need to deliberate.

The founder of musical collective The Operatives immediately cites a sold-out 2011 show headlined by The Gaslamp Killer and John Maus at Kubik, the outdoor venue that debuted in Birrarung Marr that same year. But it wasn’t the world-class quality of the space or the performers that made the show so unforgettable – it was the thunderstorm that swept over the city that day, delaying The Gaslamp Killer’s flight and casting doubt on the viability of a massive outdoor gig.

At least Poon, whose electronic-music touring and booking agency was running the show, had the foresight to buy 1000 ponchos from an army disposals shop. Rain be damned, a massive queue had formed by 9.30pm and The Gaslamp Killer came straight from the airport to start his set on time.

“We had a poncho-covered crowd dancing and stomping in the rain until the end,” says Poon. “It was a sight to behold.”

Such glorious revelling in live music is a regular occurrence at MMW, which will host more 2200 performances at its 10th anniversary festival in November. The free Live Music Safari will kick off the opening night across a dozen top venues, even spilling onto the streets with buskers playing iconic Melbourne songs. Kubik will return as well, this time in Alexandra Gardens. Other highlights this year include influential German techno duo DAF (Deutsch Amerikanische Freundschaft) and local post-punk slayers Total Control, who rarely play live these days.

Poon got involved in MMW in its third year, and says the celebration has gone from strength to strength over the years. While electronic music wasn’t as well represented as band-based performances early on, that quickly changed – Poon rattles off eye-popping line-ups like Floating Points, Teebs and Steve Spacek as casual milestones. This year The Operatives are hosting Dutch exports Jarreau Vandal and Jaël in Kubik’s new collection, bolstered by a cross-section of local artists, including rising stars such as Zambian-born, Botswana-raised soul singer Mwanje.

“A high percentage of our city’s GDP and night-time economy is driven by electronic music,” Poon says. “And for it to [actually] be Melbourne Music Week, that had to be included. It was quite nice to be part of some of the initial input on the electronic music side of things.”

The list of Australian acts alone that have been showcased at MMW is dizzying: everyone from Cut Copy and Architecture in Helsinki to DZ Deathrays and City Calm Down. From the very start, MMW has made a point of nurturing rising artists, offering audiences the opportunity to catch them in intimate settings – something that couldn’t be duplicated just a couple years later.

Nick O’Byrne, whose artist management company Look Out Kid handles big-time Aussie talents such as Courtney Barnett and Seeker Lover Keeper, helped set up MMW a decade ago, when he was general manager of the Australian Independent Record Labels Association (AIR). Talking with Melbourne Councillor Cathy Oke, he noted there was interest in starting a Melbourne version of something like Bigsound in Brisbane.

“There wasn’t anything equivalent in Melbourne,” he says. “[But] there [were] lots of people doing interesting things here, and with interesting things to say.” The initial idea was to make the most of the musos pouring into the CBD for the annual AIR Awards (the inaugural MMW program included performances from Dan Kelly and Dan Sultan). “A lot of good people were going to be in town, so why not try to create something bigger?” Oke encouraged him to put together a proposal, which she then took to council successfully. “It took on its own life after that point,” says O’Byrne. “The council had a pretty strong vision of its own from the start.”

That humble brief was built into something where the community itself takes on a curatorial role, highlighting unusual venues and performances that wouldn’t happen anywhere else – all in classic Melbourne style. Though he’s had plenty of artists play MMW, and curated a label showcase for his own Barely Dressed Records (home to Jess Ribeiro, Gold Class and Jack Ladder), these days O’Byrne’s “just a regular participant.” He credits event manager Elise Peyronnet for making MMW what it is today.

And for Poon, whose company has just turned 15 and since expanded into artist management, there was always the appeal of having the whole city as your personal sandpit when it came to programming and attending performances. Looking back to an early Operatives bill in the CBD, he laughs at what he was able to do. “That was a bit of a coup,” he says. “Because I managed to project a large-scale Operatives logo onto Federation Square. It was like the bat signal going up.”

This article is produced by Broadsheet in partnership with Melbourne Music Week.