Heide’s new show is a clash of colour and light. 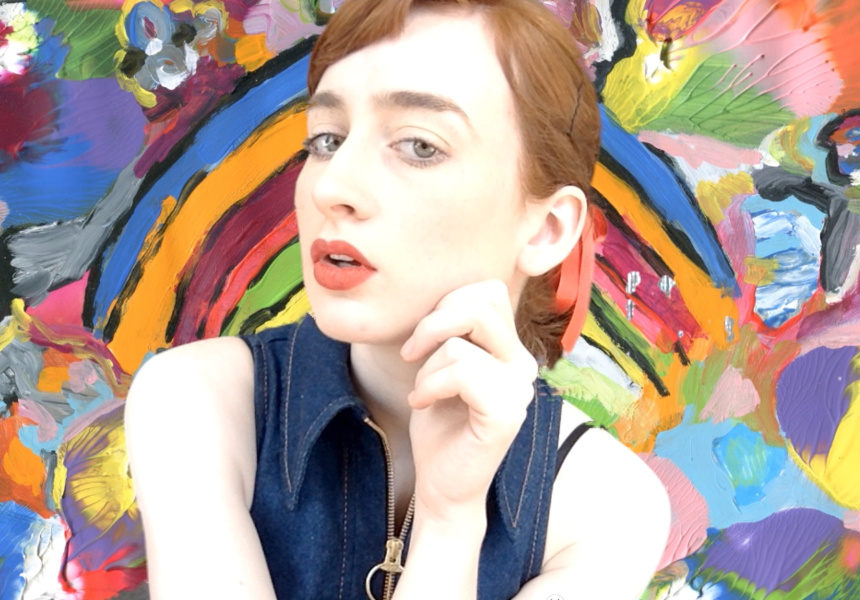 The first thing that strikes about Heide’s new show, Dancing Umbrellas: An Exhibition of Movement and Light, is how raw and DIY it is. The artists in Dancing Umbrellas revel in ordinary objects and light sources: paper, foil, cardboard, Slinkies, GIFs, fluorescent light bulbs, turmeric, coffee – all are mined for their colour and texture.

Minna Gilligan’s work, for example, is a mix of paper collages and animated GIFs, one of which forever loops her own lo-fi tribute to Kate Bush’s Wuthering Heights. Taree Mackenzie has constructed an elaborate machine to project a technicolour kaleidoscope from three Slinkys. Justene Williams houses her video piece in a giant handmade yurt (tent made from animal skins), constructed from cardboard and fluorescent-pink tape.

The whole show is pulsing, alive and bright. It seems a natural progression that Heide has announced a series of accompanying live performances by some of the artists involved, bringing these splashes of colour and movement (even further) off the wall.

Here are our picks of the bunch:

The Anxieties presented by Damiano Bertoli

For his performance Bertoli will re-present elements from a play written by Pablo Picasso in 1941, Le Désir Attrapé Par La Queue (Desire Caught by the Tail). It will draw on two previous performances: one a secret reading directed by Albert Camus at the height of the Nazi occupation of Paris; and another a full-on hippie happening version from late-’60s Saint-Tropez.

The Anxieties is on April 3 from 2pm. Free with admission.

I Can Eat Glass, It Doesn’t Hurt Me presented by Belle Bassin

Here are the umbrellas at the heart of Dancing Umbrellas. Bassin’s two-channel video work It’s Easier to See Your Skin presents the dreamlike image of a human form completely obscured by umbrellas wandering the streets and subways of Paris. The ordinary takes on the qualities of the unreal, and the inanimate comes alive. It lends itself perfectly to performance and, for one day, Bassin will bring real-life “wandering sculptures” to Heide’s gardens.

I Can Eat Glass, It Doesn’t Hurt Me is on April 10 from 2pm. Free with admission.

A Song of Two Eyeballs presented by Michelle Ussher

Ussher’s sculptures, Camille and Ugo, are some of the most enigmatic pieces in the show. They’re abstract forms with an oddly human feel. Ussher even assigns them a sex – Camille female, Ugo male – and adorns them with costumes. You could see them as a couple. Ussher’s performance piece will build on this anthropomorphism, casting the sculptures themselves as co-leads – with two singers giving them voice – in a 10-minute mini-opera about two eyeballs falling in love.

A Song of Two Eyeballs is on May 8 from 2pm. Free with admission.