Be one of the 4.6 million people to visit this decade-long exhibition before it closes. In partnership with ACMI, we discover dating robots named Dexter, a classic Dame Edna dress and a Matrix simulation – all in one place. Without the pressure of a deadline some things stay on the to-do list longer than they should. We know when we need to repot the monstera plant, renew our passport and vacuum our car, but we often wait until the plant’s leaves droop, we’re booking a holiday or lending our car to a friend before we take action. It’s this I’ll-get-round-to-it mentality that may also mean you’ve almost missed out on visiting one of Melbourne’s hidden gems, ACMI’s Screen Worlds exhibition. It's been open since 2009 but closes temporarily next month, to be completely redeveloped and reimagined.

The immersive exhibition looks at the history of film, television, video gaming and VR globally but pays particular attention to Australian productions, actors, directors, cinematographers and editors who have contributed to our country’s moving image legacy.

A decade is a long time to have something hovering on your to-do list, so in an effort to finally cross it off, we’ve compiled our highlights of this longstanding exhibition in collaboration with ACMI’s senior curator Fiona Trigg.

In the first section of Screen Worlds, Emergence, the history of film and television unfolds in a walk-through series of early film excerpts and paraphernalia from an era long before Netflix. Spanish director Segundo De Chomon’s short film The Golden Beetle illustrates early special effects, including hand-tinted colour. “I think when people think of early film they imagine it to be black and white,” says Trigg. “But many early films incorporated colour by hand painting each frame as seen in The Golden Beetle to produce a beautiful rainbow psychedelic effect.”

Comedian Barry Humphries’s alter-ego Dame Edna would never be seen sipping a flat white in leisure wear. She instead insists on wearing statement pieces that end up behind glass in a museum. “Dame Edna is not afraid to take it a little further than most people,” says Trigg. The “Scream Dress” satirises Norwegian artist Edvard Munch’s painting The Scream with a line-up of jaw-dropping figures cascading down Dame Edna’s famous frock. “It’s so over the top and hilarious and really catches the very unique humour of Humphries.”

Warwick Thornton’s film We Don’t Need A Map is one of the most thought-provoking Australian documentaries of recent years. The film investigates Australia’s relationship with the Southern Cross and “has a rough and ready tone to it but is very beautiful, entertaining and conversational” according to Trigg. On display are incredible Bush Toys, a traditional desert art form that repurposes scrap metal into intricate sculptures, made by the Tapatjatjaka Arts Centre in Alice Springs. These works are featured in the documentary’s animation sequences that depict Australia’s colonial history and its impact on Indigenous communities.

Travel back to 1999 when the Wachowski sisters’ film, The Matrix, gave us floor-length leather jackets, slicked-back hairstyles and the iconic “bullet time” sequence. Now cut to 2019 when you can channel your inner Neo and create your own bullet-time video in the exhibition’s interactive Time Slice activation. For the best outcome Trigg suggests you “just wave your arms”. In the Time Slice pod 36 cameras record visitors’ every move to produce a clip of them appearing to float and freeze midair. “It’s really fun to use and helps unpack bullet-speed film technology.”

Long before dating apps and algorithms, many Australians trusted a gameshow robot named Dexter to find them true love. Dexter, a co-host on TV show Perfect Match, would calculate contestants’ compatibility and ultimately declare if they were each other’s soul mate. These days Dexter is hanging tight at Screen Worlds and Trigg is optimistic about his future. “I don’t know if he is as advanced as other robots available these days, but if you’re looking for true love you’ve got to try every avenue so why not give Dexter a visit.”

Screen Worlds is at ACMI until April 22, 10am to 5pm daily. Entry is free. Details here. 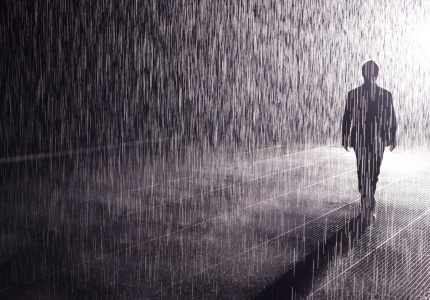 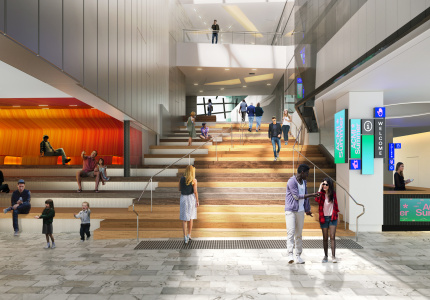 Where to Experience ACMI While the Museum Is Closed for Redevelopment