A Melbourne museum is staying open late on Fridays with DJs, a bar and street-food stalls. 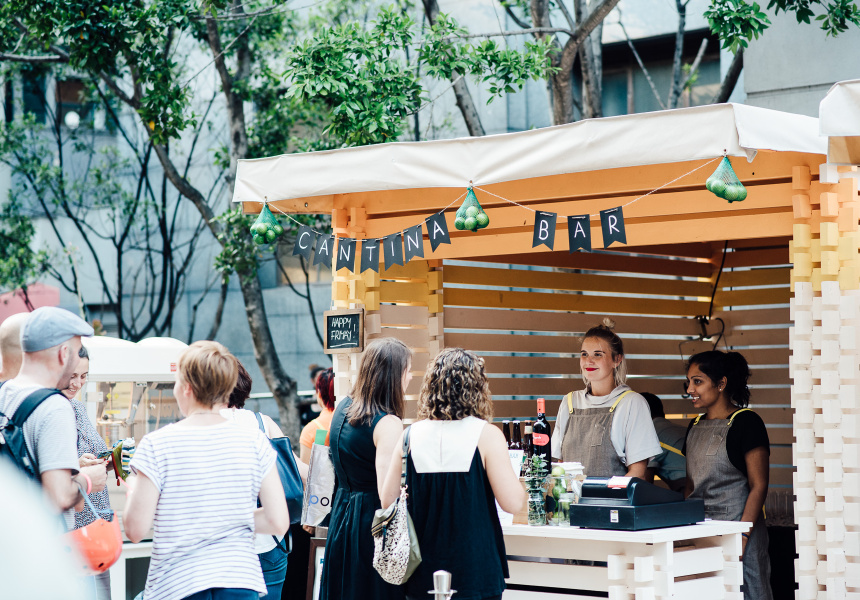 Melbourne’s food culture is one of the most obvious examples of our multiculturalism. It’s evident in the skilfully constructed bahn xeo in Richmond, Footscray and Springvale; the many places to for baklava on Sydney road; the myriad Middle Eastern spices that permeate the Afghan Bazaar area in Dandenong, or the Greek cafes of Oakleigh.

The Wurundjeri people have lived in the Melbourne area for close to 40,000 years; so unless you’re Indigenous Australian, you likely have a not-so-distant migrant past. That’s worth learning more about, and celebrating. Summer evenings are the perfect time to do both at the Immigration Museum.

Courtyard Cantina is a weekly Friday-night feast throughout February celebrating Melbourne’s culinary diversity. There’ll be eight different food vendors during the month, covering tastes from Brazil, Iran, Mexico and Argentina. It’s part of the Immigration Museum’s wider North South Feast West program, which is back for its second year.

The main attraction is the roster of food on offer, but there’s also a bar with different cocktails each week, free wine tastings of internationally-sourced wines, DJs, live music, a VAMFF collection on show and half-price entry to the museum. This includes its newest exhibition, Flyway Print Exchange, which includes art inspired by the route of Australia’s migratory shorebirds. It’s your chance to explore the museum after hours, with the beats of CC Disco wafting through the corridors.

Smoking up the courtyard during the second cantina are the brothers from Mankoushe. They will grill Iranian kebabs and falafels. The Choucair brothers both grew up in Lebanon and are excited to expose people to the stories immigrants bring.

“Food is what brings people together,” says one half of the team, Jad Choucair. “If someone disagrees with immigration, they can benefit from trying the food; sitting down and talking to learn more about people.”

Cornutopia will peddle Mexican street food on the same night, providing vegan and gluten-free options as well as its well-known tacos and tortillas.

It’s also doing sweet corn infused with local spices, tortilla chips with guacamole and all the favourites, including its homemade chimichurri sauce and lots of fresh salad. “We were at the museum for the Chilli Fest last year,” says owner Ellie Marrin. “It’s a melting pot of cultures. I love the vibe of the events.”

Look out for vegetarian-friendly Feast of Merit, ribs from Burn City Smokers, Brazilian barbeque by Senor BBQ and authentic Argentinian from El Alamo, which will each take turns to heat up the Immigration Museum courtyard throughout the month.

Entry to Courtyard Cantina is free and you can view museum exhibitions for $7. It runs every Friday evening 5pm–9pm, from February 5–26.

Presented in partnership with the Immigration Museum.