And when you’re all gamed out, there are dedicated fries and hotdog menus, plus fun cocktails. 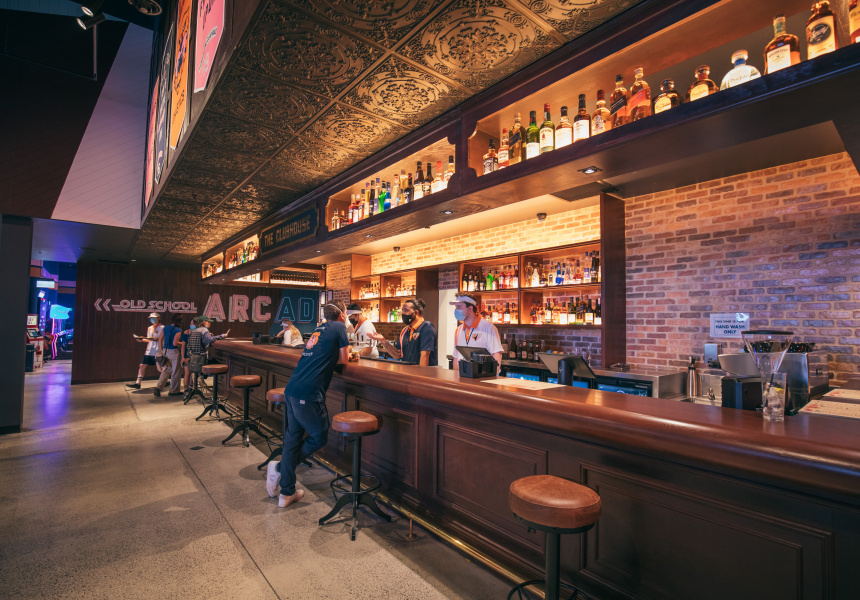 The “home of unprofessional sport”. That’s how Melbourne’s new, 2000-square-metre “Funderdome” bills itself.

It opened at Highpoint Shopping Centre – next to Hoyts – on Thursday January 27 .

How’s your swing? One of the headline experiences is a lit-up, retro, Coney Island-inspired minigolf course; there are 18 holes, created by London designer Zachary Pulman, with witty names such as Ferris Wheeler, Hump Day and I’m Stumped.

There are also two distinct gaming arcades – one with old-school favourites such as Pac-Man, Space Invaders and pinball, and another centred on the next gen of arcade games. On Unlimited Mondays, it’s all-you-can-play (minus skill testers) for $22 after 5pm.

And when you’re all gamed out, you can belt out a tune – with a fun cocktail in hand – at one of two private Boom Box Karaoke lounges, which channel nostalgic ’70s vibes.

While the Funderdome is undeniably family friendly, under-18s have to be accompanied by an adult at all times. But from 8pm, it becomes an over-18s-only venue.