One week into the Comedy Festival: the top five newcomers you need to see. 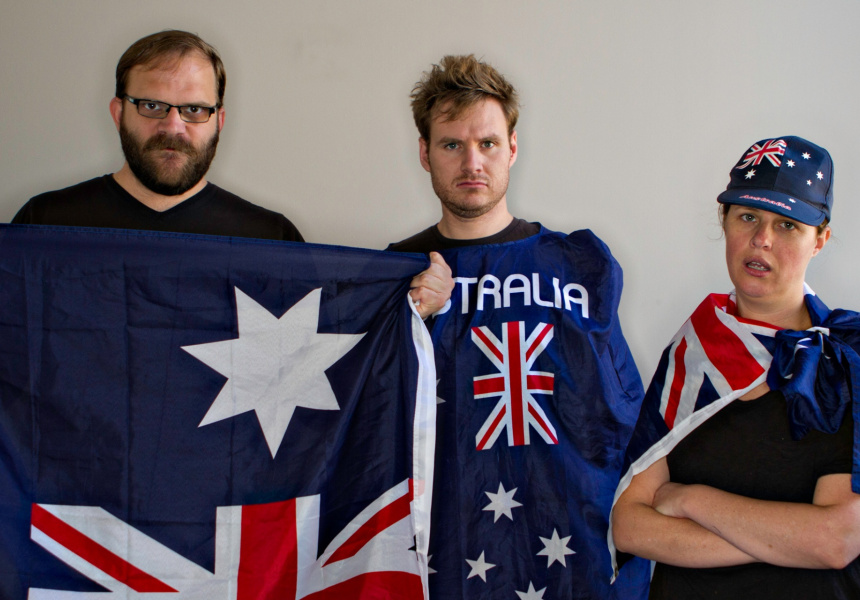 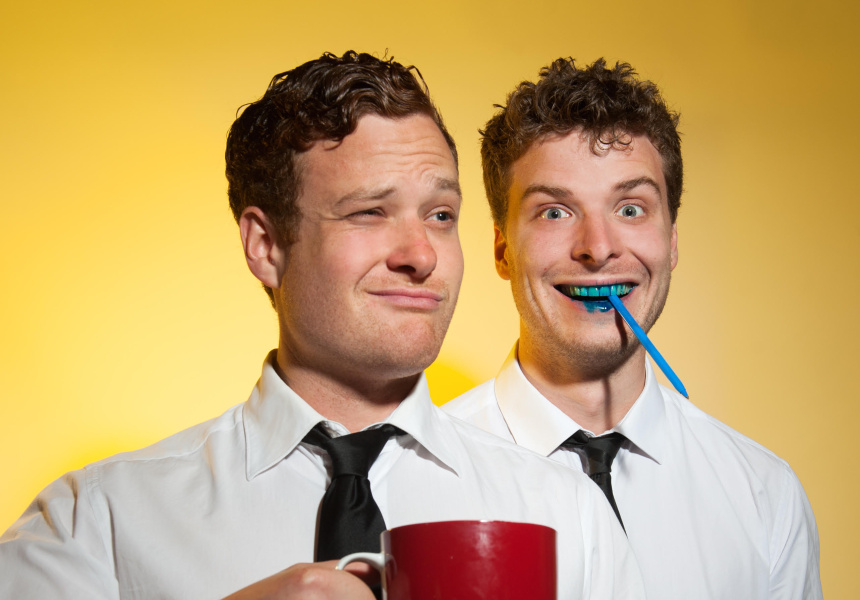 They’re playing in broom cupboards, handing out their own flyers and drinking at the bar after the show. These comedians are performing their own shows for the first time at the festival. See them now before they start selling out the Forum.

Lauren Bok, Is That A Burrito In Your Pocket Or Are You Just Happy You Have A Burrito (CLOSING SOON)
The Forum Theatre’s smallest and least-opulent room (I think it’s a cupboard for the rest of the year) is the perfect setting for Lauren Bok’s broad, confident and bawdy material about sex, relationships and, occasionally, burritos. The energy is high, the taste levels are low, and the material is snort-level funny. She’s wrapping up her run this weekend, so don’t miss out.

Lauren Bok is playing the Forum until April 3.

True Australian Patriots
In these uncertain times of ISIS and halal Vegemite, only the True Australian Patriots are upholding the classic Aussie values of uninformed bigotry, sinking piss and wearing flags as capes. Playing on weekends only, the Patriots are the perfect way to end a night of festival shows. The trio is made of pretty-seasoned comedians (including Anne Edmonds), but it’s their first time performing as the Patriots, so they just make the cut, technically, as newcomers.

True Australian Patriots are playing at the Town Hall until April 16. Fridays and Saturdays only.

Coleman & Freund, Uncompetent (CLOSING SOON)
This left-field duo opens with a survey to devise the perfect sketch show and proceed to deliver something you had no idea you wanted, but which somehow works. Uncompetent is a tightly performed set of surreal jams on hot-button topics such as space fish, climate change and an assassination attempt on Fidel Castro. You will laugh, and you won’t always immediately know why.

Brianna Williams, Little Mountain Goblin (CLOSING SOON)
In the back room of Chinatown’s Belleville, Brianna Williams is performing odd skits, roping in reluctant audience members and revealing a little bit too much about her romantic failings. There are many reasons this show is worth checking out, and using a Sunbeam popcorn maker as a metaphor for creeping anxiety is just one of them.

Demi Lardner, Life Mechanic
At 23, Lardner is the youngest person on this list, and yet she’s played the Sydney Opera House, appeared at the Edinburgh Fringe and won RAW Comedy. This show builds on that success with an unflinchingly confident wit and the skills to mine her weird foibles for comedic gold.

Demi Lardner is playing at the Victoria Hotel until April 17.