The Clock Is an Addictive, 24-Hour-Long Film You'll Want to Binge Watch (But Can't)

Your experience depends on your mood, how long you stay, and how much of the content – painstakingly interconnected clips from Back to the Future, Office Space, The Twilight Zone and hundreds more – you recognise. 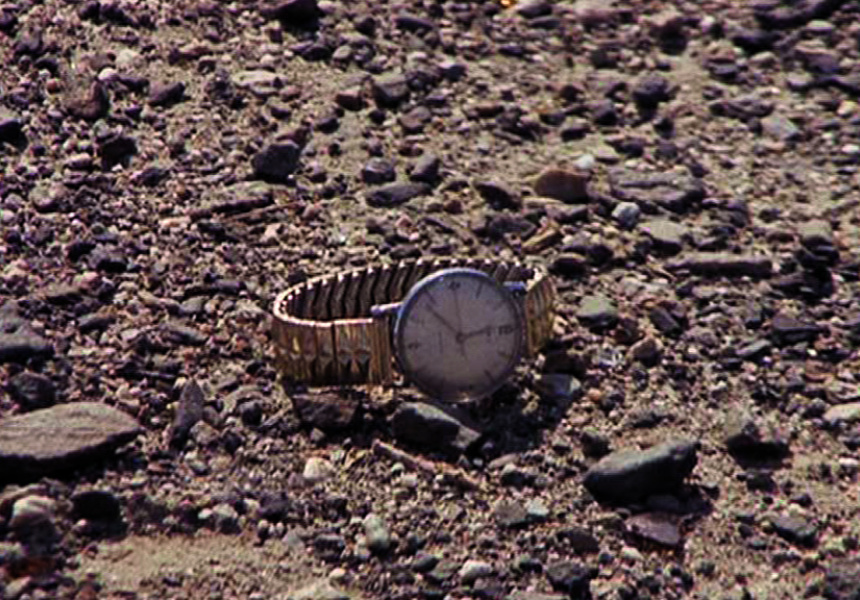 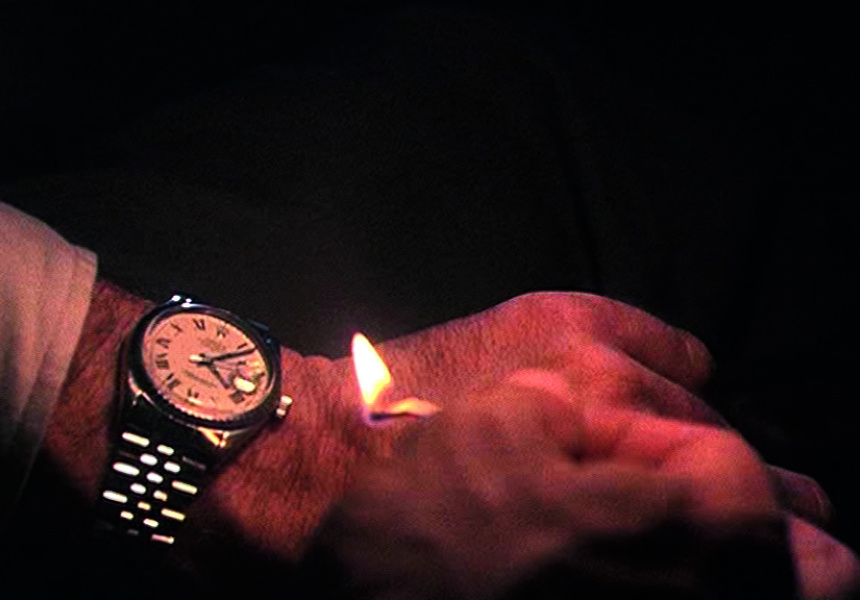 Photography: Courtesy of Miranda Brown
1/11
by Will Cox
Share

On Tuesday I spent three and a half hours looking at Christian Marclay’s artwork The Clock. Here’s what happened:

At 10.20am, a man points a rifle out a window, training it on a wedding party gathering outside a church. He’s aiming for the bride, but he misses and hits the groom. The audience doesn’t have time to dwell on the consequences – time marches on. Elsewhere, an emergency room bursts into action as a woman is brought in on a stretcher. In a different city, a guy asks a cabbie the time. “Twenty after 10,” he replies.

I don’t usually write about an artwork when I’ve only seen about an eighth of it, but The Clock is a huge, unwieldy work without a beginning or end. Made from thousands of film and television clips, it’s a 24-hour collage of clips in which the time is directly referenced or evident in some way, arranged chronologically, and synced up with the real time.

The set-up is always the same, whether the film is screening in London, New York, Venice or Tel Aviv: the same 24 hours of footage, the same 32 identical Ikea couches set out for the viewers, some of whom will spend an hour here. Others, much longer. Only the time zone changes. That, and the myriad readings and emotions it conjures from those watching.

Seeing it all would involve a sleepless 24-hour binge, and some follow-up visits to catch the bits you missed on bathroom breaks. And it would be, ACMI curator Fiona Trigg assures me, exhausting and pointless. Trigg hasn’t seen it all either.

“It’s not an endurance challenge,” she says. We talk about how everyone sees the film differently, depending on your individual mood, body clock, how long you stay, and at what point in the film you start and finish watching. “And depending on your knowledge of cinema too,” adds Trigg. “How much content you recognise. That will bring up a whole different range of feelings.”

I watch until midday. At 10.35am, a grieving woman throws dirt on a coffin as it’s lowered into the ground. Shortly after, Ron Livingston, playing the lead in Office Space, checks his watch. At 11am sharp, Harry and Ron are worried they’ve missed the Hogwarts Express. At 11.33am, Michael Douglas is refused fast-food breakfast service in Falling Down.

The cumulative effect is an overwhelming feeling that all of cinema is happening right now, somewhere out there, and we’re just briefly peering in. Doors open in one film, and close in another – three decades and a continent apart. Watching these clips in isolation gives you a new appreciation for the performances, the lighting, the score, and how they all add up to a film.

“The way your brain puts it all together is part of the pleasure of the work,” says Trigg. “It can feel like a jumble of clips, but really it’s a giant essay on how to edit a film.”

But The Clock is not just for cinephiles. Even Marclay himself, despite his tireless work putting this film together, isn’t a film obsessive. “I like movies and I go once in a while,” he told the Guardian last year. “But I see movies mostly on airplanes. I don’t have a TV and I don’t watch films at home.”

It took Marclay and a small team of researchers three years to put the film together, scouring thousands of DVDs and painstakingly arranging them in order. The result is necessarily limited. In the late ’00s, before streaming and online file sharing were common practices, their research was limited to what was in stock in London video stores. When it debuted in 2010, the film was a snapshot of what people were watching at the time. Viewing it in 2019, though, the gaps are clear. “There’s a huge amount of films, but not a huge amount of foreign films,” says Trigg. “It doesn’t include much from, say, Japan or India, which both have rich cinematic traditions, but were less available at the time.”

And, Trigg points out to me, Kevin Spacey appears repeatedly: he was a big star at the time, whereas now – after serious sexual assault allegations made against him – some will find it difficult to see him on screen. The work speaks not just to the past and the immediate, second-by-second present, but to the current cultural moment, a decade after it was made.

While audiences may not have realised it when it launched, The Clock was prophetic about the direction TV and film have now taken. Streaming media collapses a century of moving images into one timeless, unscheduled binge watch. But The Clock is a time machine, a collage of genres and decades of cinematic art, and a constant flow of images marking time in our lives. I'm reminded of a lyric from Star Treatment by the Arctic Monkeys: "Everybody's on a barge / Floating down the endless stream of great TV."

“This is a little different from flicking through endless channels or searches,” Trigg reminds me. “Because of the logic that underpins it. It’s not random. It’s all interconnected.”

I leave and return at around 10pm. I stay until after midnight. The feeling in the room is completely different. There’s more violence. More sex. A house party rages. Children are put to bed. The clocktower in Back to the Future is struck by lightning. Confident women roll their eyes at foolish men in bars. Natalie Portman is in two clips inside a minute. Patterns are emerging. “Why do these things always happen at midnight?” asks a character in The Twilight Zone as the clock approaches 12. “Because that’s when they happen,” comes the reply.

I’m tired but it’s addictive, like my adolescence spent watching Rage on a Saturday night, staying up for just one more clip.

It’s unlike any film experience I’ve had. Normally, seeing a film involves an unspoken contract between the work and the viewer. We don’t look at our watch (or phone) for around two hours, and we’re offered a story, an escape, or a complete artistic statement in return. But with this we’re pulled into hundreds of disparate fragments of narrative that never get resolved, and we’re constantly reminded of the time. Ten seconds scarcely goes by without someone looking at a watch, or telling us the time out here in the real world, effectively breaking the fourth wall and reminding us how long we’ve been sitting here.

And then, with a countdown and a clang of chimes, midnight strikes, and the whole thing starts again. I head for the exit, a parade of fictional characters tell the remaining audience members the time. The viewers settle in, comfortable on their Ikea couches, floating down an endless stream.

The Clock is at ACMI until March 10, 10am to 5pm daily, and all night every Thursday. Entry is free.