Test your friends’ moral compasses as you orbit the earth in a “spaceship" in the CBD. 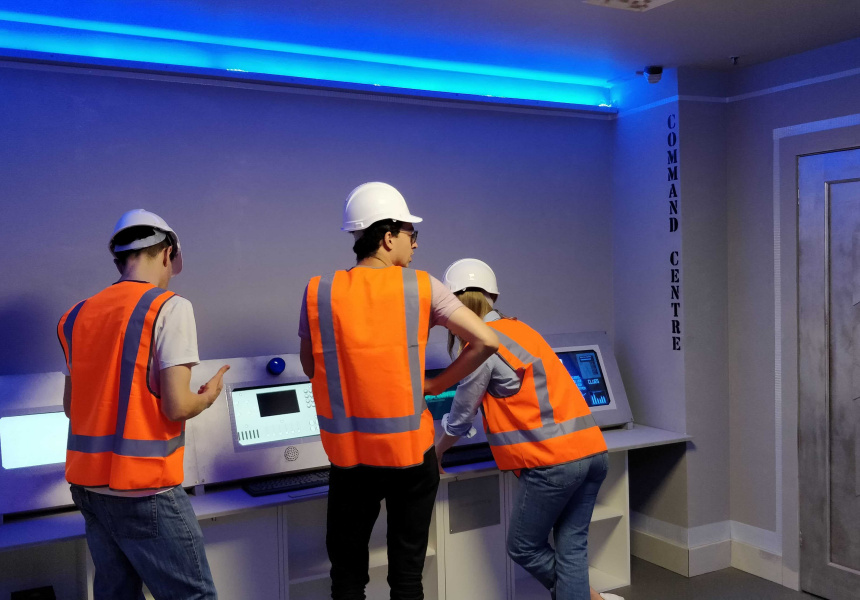 The “trolley problem” is a classic thought experiment in which a train car is hurtling towards five people tied to the tracks. You can save them by pulling a lever and diverting the trolley onto a different track where only one person is tied. Do you actively kill one person? Or passively let five people die? Melbourne escape room company Trapt’s new adventure, SPACE, poses a similar philosophical quandary – except this time the fate of the world is at stake.

For the uninitiated, escape rooms present themed scenarios that participants, often working in teams, must navigate to achieve an objective.

“We provide the rooms and situations, but what becomes of it is really up to the teams themselves,” explains Trapt co-founder and designer Gabrielle Lim. While the previous rooms have practiced code-breaking and investigation, the moral quandary in SPACE is new.

The SPACE escape puts participants on a 60-square-metre “space station” – which is set to self-destruct in 50 minutes – and asks them to choose between saving themselves or planet Earth.

“There’s always someone who’s like, ‘Well, we’re obviously going to save ourselves,’” says Lim, who sees the problem as both a divisive and entertaining ethical component of the experience.

Escape rooms are about escaping the constraints of reality, so participants are encouraged to hand their mobile devices to staff before entering and to rely on their real world skills to complete the challenge.

“We want people to interact with the environment and each other without the distractions that we normally have,” says Lim.

Upon returning from the ethical space race, participants can head into Trapt's speak-easy to enjoy a Red Dwarf or Dark Side of the Moon cocktail from the space-themed menu. The Red Dwarf is made with hawthorn berry-infused gin, Polish vodka and chai syrup; the Dark Side of the Moon is a whiskey-style drink made from Melbourne Moonshine and yellow Chartreuse.

Trapt has four different escape rooms with difficulty levels ranging from challenging to “hero mode” (most challenging). In Prohibition, you become bootleg moonshine distillers trying to nail a police informant and fend off an impending raid; in Wizard of Oz teams are split into two then reunited to figure out how to get back to Kansas; and in Alchemy I & II teams must study and practice spells to find the elixir of life.

Each session runs for 50 minutes and can accomodate teams of up to 10 people. Prices start from $34 per person for a team of 10.