After months of speculation, the news has finally been confirmed. At the beginning of the year, Melbourne’s beloved rock’n’roll basement joint Cherry Bar announced it would close on AC/DC Lane. Its landlord had decided to cash in, and so bar owner James Young was on the hunt for a new location.

There were rumours swirling about a move to the also-closed Reverence Hotel in Footscray, but in a Facebook post this afternoon, Cherry Bar confirmed its new location: it will move less than 400 metres to the old Boney site on Little Collins Street.

“We’re sorry for the delay. Is everybody ready? We finally settled and got the keys TODAY for the new Cherry Bar,” says the Facebook post.

The bar has capacity for 260 people and a seven-day, 24-hour licence. It will close for the next three weeks for a refit.

“Looking forward to writing the next chapters with you all,” continues the Facebook post. “Cherry Bar Melbourne lives on, rocks on and rides on!” 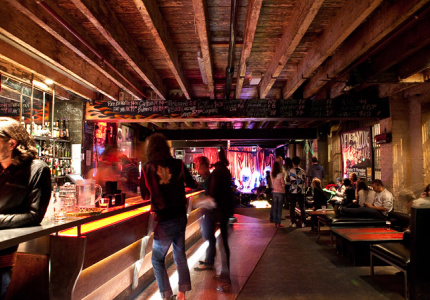