Cats and Chats with the Bedroom Philosopher

We catch up with musician, author and comedian Justin Heazlewood about his new feline-focused show at the Melbourne International Comedy Festival. 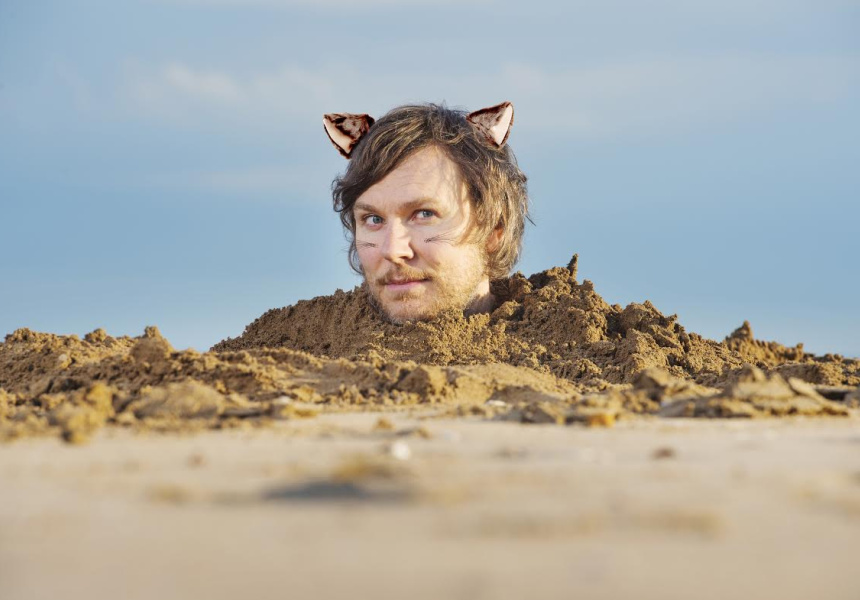 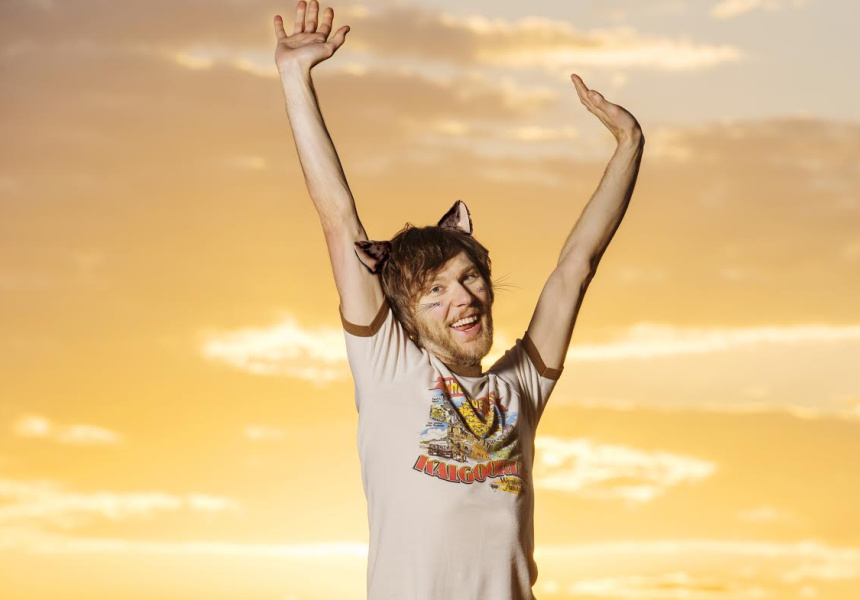 Society’s preoccupation with cats is material rich for the mining – something that musician-comedian Justin Heazlewood, perhaps better known as The Bedroom Philosopher, has fully embraced in his Cat Show, which is playing at the Malthouse Theatre until April 9.

This is his first new performance after a bit of a break. Taking some time out from rehearsals, he chats to us about purr-fectionism, litter-ature and entering a mew phase.

Broadsheet: In your new show you dress as a cat while performing cat-themed material, so I guess my first question is why?
The Bedroom Philosopher: Why not? I feel like we take cats for granted. There’s a ubiquitousness, I suppose, where they’re just on the internet at all times and around the streets, but I feel like sometimes we forget to really sit down and look at cats and go – “how are you, you know, as a species?”

As a songwriter and a comedian I think there’s a whole side to cats we don’t look at enough. It’s funny how cats are connected with mental illness way more often than dogs – with the whole “crazy cat lady” for example. We almost find them so funny on the internet because their behaviour is so nuts and they’re obviously so highly strung – throw a table tennis ball at one and it pretty much has a nervous breakdown as it tries to work out the myriad of ways it could play with it. There are just so many connections to be made between how people are really weird and scatty and irrational – and so are cats.

BS: Are you a cat person?
TBP: Yes. It’s like I’m such a cat person that I’m just a tiny bit hostile to dogs – as much as you can say that without alienating about 95 per cent of your audience because I feel like even 90 per cent of cat people still like dogs. I feel like cats are classic introverts and I’m a classic introvert, and dogs are classic extroverts, and we seem to live in this world designed by extroverts for extroverts.

I like how cats sit on whatever you’re reading. It’s almost like a comfort thing – they just feel so comfortable with you that they come sit on your homework at any time. Can you imagine any friend who would do that? They’d be like “is it ok if I sit on your homework?” or “oh sorry man, I’m like totally sitting on your homework”. Whereas cats are just like “meh”.

BS: So how do you get into character ahead of a performance?
TBP: Well I go very method. I’ve been very Gorillas in the Mist – it’s this probably quite-a-long-time-ago movie that I keep referencing where I think Sigourney Weaver goes into the forest and lives with the apes for a while. I feel like I’ve been wandering around the streets of Thornbury just connecting with the cats as they wander out their driveways and stuff, trying to get into that mindset.

BS: Was there anything in particular that helped get you into the cat state of mind?
TBP: To be honest, I did dress up in my elaborate sort of cat woman’s outfit and made my own cat videos in the backyard of my friend’s house with his cats. I just sort of liaised with them, again quite Gorillas in the Mist – although Sigourney Weaver didn’t dress up in an actual gorilla costume, so I’ve gone one step further. I was dangerously comfortable as the cat and I think in the future shows I may spend longer in that state and less in my humanoid form.

BS: So this is you first show in how many years?
TBP: It’s five years since my High School Assembly affair so I’ve been in my “official hiatus”. You know I was highly missed, there was just so much word on the street like “where’s The Bedroom Philosopher?” The internets were abuzz ... Just put “asterisk – Justin being highly sarcastic now in his violent self-deprecating way, alluding to the fact that perhaps he doesn’t have that many people interested in him, which is the classic ploy for self-pity, which is a way he’s manipulated people from a young age.”

BS: What have you been doing in between?
TBP: Oh just chilling out, having a breakdown, writing a childhood memoir, which is just the classic thing in your mid-30s. As a guy who goes as hard as I do, mid-30s are a great time to go “you know what, fuck off everyone, I’m just going to sit on a beanbag in a dark room and piece myself together, maybe do some intense personal writing” – sort of an emotional audit of the last 20 years.

Performing is an odd thing to do a lot of because it’s so much externalising, so much output – and the thing about writing is that it’s the polar opposite of artforms. It’s a long conversation with yourself, essentially, whereas performing is all about these little bursts with the audience. I think I just needed to change modes.

BS: What’s it been like returning to the stage after a bit of a gap?
TBP: Well I’m fe-line good. Small steps. I got booked to do this Coburg Carnivale, which was an extremely elaborate and exotic multicultural tropicana arts festival in a carpark in Coburg on a rainy October night. That started me off. I was just easing my way back in – but I feel like I’m quite a different performer now and I’ve made personal key breakthroughs which I’m sure the audience are horrendously interested in. I’m not quite as … needy, which I think is quite a cat-like energy. It allows for more of an intimacy and a connection between me and the audience, I think. It’s like catching up or going on a date with someone who is in a really stressed out state – you’re never really going to have that quality conversation. Essentially all gigs are like a first date with the audience and I’m in more of a position to be a bit more playful.

BS: What can we expect from the cat show?
TBP: Well you get a free cat. I’ve teamed up with several adoption agencies, and everyone will go home with a cat in a bag. It’s just like how kids go back from a party with a little lolly bag, except everyone gets a cat. Free cat showbags. Cat starter kit.

BS: Will they be taped under the seats or do you get them at the end?
TBP: Oh look, there could be a mystery cat taped under one of the seats and I’ll draw it by a raffle, or it could be a big bag of kitty litter strapped to something, and probably a little tin of tuna to get you started, get the cat happy. And I guess they can expect … I dunno. I guess they can expect my legs. There’s a lot of my legs featured in the show. And people might not have met my legs before but they’ll be on full display.

The Bedroom Philosopher’s Cat Show is running until April 9 as part of the Melbourne International Comedy Festival. Buy tickets here.