Together with Alpha60 and Supernormal, we’re throwing an all-night White Night party, right in the middle of the action. 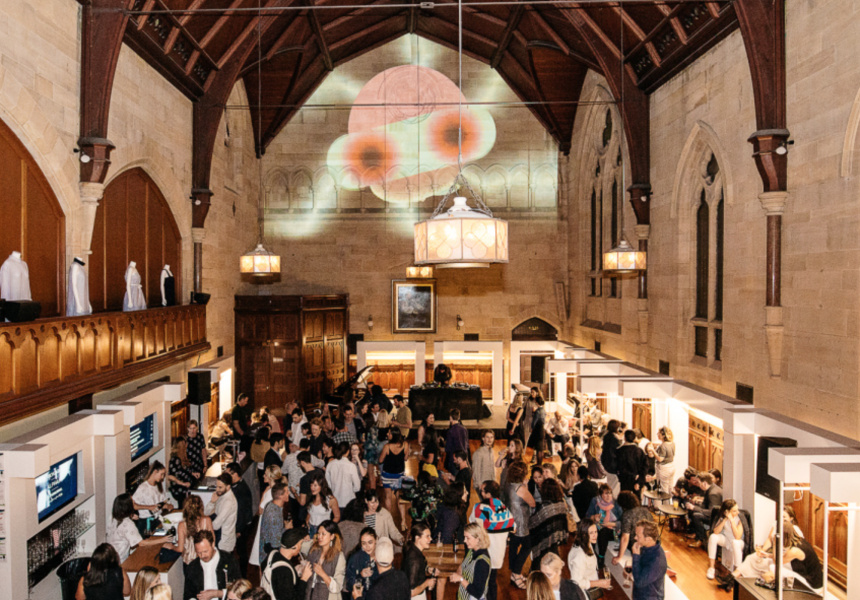 For the first time this year, Broadsheet is not just coming to the party, we’re throwing one ourselves.

To help make it happen we’ve enlisted some of our favourite DJs, bartenders and artists for an all night party in a space that’s one of the hands-down best in the city.

Two floors up on Flinders Lane, Chapter House is home to Alpha60’s CBD operations, and when we first saw it late last year, we were blown away. With its vaulted ceilings and amazing acoustics, the neo-gothic gem is a perfect place for a party, and Alpha60 power-siblings Alex and Georgie Cleary agreed. We put the idea to the Supernormal team and when they came back as excited as we were, we realised this night could be something special.

For the tunes, Edd Fisher was first to get a call. Every party he plays is a guaranteed good time, but one set in particular stuck in our minds. Seeing him last year in a Collingwood carpark with a piano quartet as part of the Play On Collective series, we were keen to replicate one of the most unique musical experiences we’ve had in recent times.

Edd and Play On Collective will be programming the whole night, with Edd playing a set himself and alternating DJs with classical musicians. A hand picked band, assembled by Jules Pascoe (Jazz Party), will bring the house down around 3am. If you haven’t seen or heard anyone talk about Jazz Party’s late night dancefloor riots, just make sure you’re in the door before these musicians hit the floor. There is no better group to send you into the sunrise on a high.

The Beaufort team are bringing the drinks and internationally acclaimed artists and designers Tin & Ed will create a visual landscape to take the party to the next level.

Since 2013, one of White Night’s greatest strengths has been the all-in, something-for-everyone approach to taking over the city. But when it’s time to post up with a good drink, great food and spot-on tunes, this year we’ve got you covered.

Free early, then $10 on the door. RSVP and invite your friends here.