Bringing Murder In Mississippi to Life

John Safran, the deadpan TV prankster, broadcaster, documentary filmmaker and true-crime writer for which no topic is too sacred not to take the piss out of has adapted his award-winning book into a stage show. 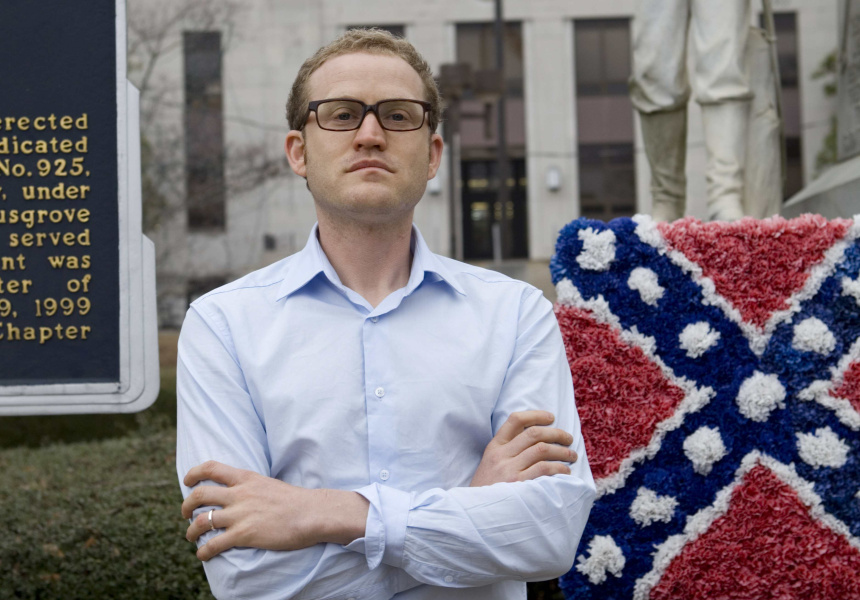 “In the book I talk about how in Melbourne we’ve got all these caramel people in between Indigenous Australians and white Australians that kind of make it look like we’re a harmonious community. When really, if you zapped up all the middle-class Indian, Arab and Chinese – and all those other people in Melbourne – we’d probably see that Melbourne is as stark as Mississippi in the division between white Australia and Indigenous Australia. So yeah, all that stuff is interesting to me.”

John Safran is comparing Mississippi with Melbourne because we are talking about his award-winning book, Murder in Mississippi.

In a bizarre chain of events, Safran met, pranked and generally got on the wrong side of a well-known Klan member and white supremacist, Richard Barrett. He was shooting an episode of his divisive TV show, Race Relations in Mississippi, at the time. That episode was banned by the ABC and never made it to air. The prank Safran pulled was this: he publicly outed Barrett as being part African, after claiming to have stolen some of his DNA (from saliva on a balloon) and having it tested. It just gets weirder from there.

Later, back in Melbourne, Safran heard that Barrett had been murdered by a young black man. And for this curious-minded troublemaker/self-confessed “Race Trekkie” (he compares his interest in issues of race to that of obsessive Star Trek fans), the story proved too intriguing to resist.

His investigations in Murder in Mississippi are earnest and bumbling and his findings are deeply surreal. Safran is dogged and self-deprecating and his instinct and wit throughout the book is spot on. The characters he met while chasing the true story behind this crime are also all part of the adventure. “It wasn’t like I hung around with 100 people and then five of them were a bit out of the box. It was a pretty high strike rate,” Safran says. “I actually remember the straight people. I remember them because they were the oddballs.”

He’s adapted the book into a 45-minute stage show. It features the “wince-inducing” Race Relations episode which shows the high jinks involving the now-dead white supremacist. It also goes into the book’s backstory, which clears up how Safran got involved with the Klan in the first place.

He will continue to poke at the hornets nest that is racial politics and religion and to ask the awkward questions that make most of us squirm. He’s currently investigating another murder, this time of an Indigenous Australian, in Katherine in the Northern Territory (a place one resident referred to as “Little Mississippi”).

“Australians are really open to me talking about racial tensions in the South or in America, but if I try to do that in relation to Australia, people are really uncomfortable with it,” he says.

“So in some ways, Murder in Mississippi is me trying to discuss issues in a way that an Australian audience will listen too, I guess.”

Murder in Mississippi will be showing at Yarraville Laughs for one night on Saturday November 15. For details and booking, click here.