Madeleine Tucker, winner of a 1997 lolly-jar guessing contest, wants to shake things up – and she’s just delivered 1000 campaign flyers to letterboxes across Brunswick. On her agenda? Turning the Woolies car park into a world-class surf beach. 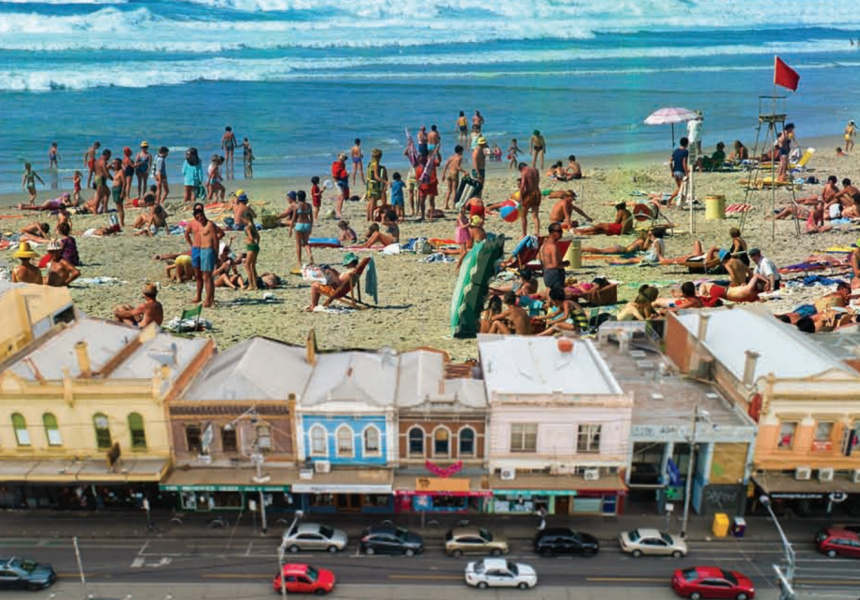 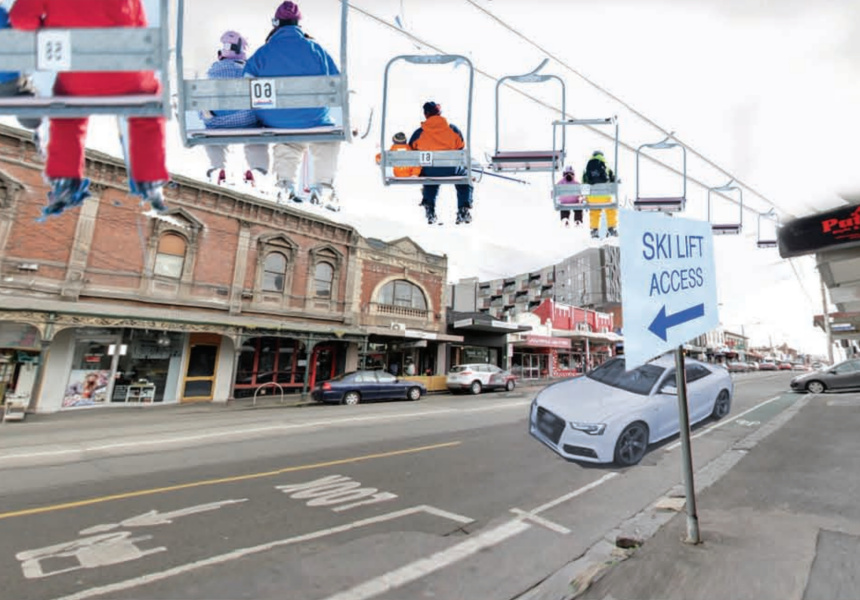 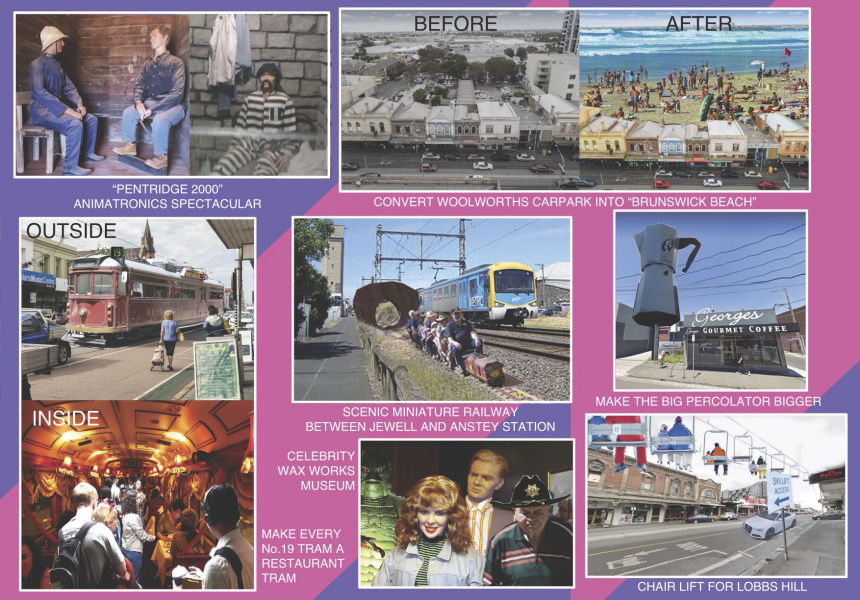 Local council elections are around the corner, and that means two things: a chance to exercise our right to vote and participate in democracy ... and a heap of campaign pamphlets in our letterboxes.

Brunswick residents received one this week with some unexpected and unique proposals – including a new (inner-city) beach, a chairlift and a giant percolator. The candidate’s slogan? “I’m not running in the 2020 Council Election but I have some great ideas.”

Long-time resident Madeleine Tucker is the non-candidate behind the non-campaign, with help from friend and non-campaign manager Danny Cisco.

“We were getting all these pamphlets in the post for the council election, and Danny and I aren’t working at the moment so that was the most exciting thing happening to us, getting all those pamphlets,” she tells Broadsheet.

The pair started brainstorming on the hypothetical (and outrageous) ideas they’d propose in their own flyers: turning Pentridge Prison into an animatronics attraction; building a chairlift for Lobbs Hill (“it’s just too steep!”); turning every #19 tram into a restaurant tram; and a celebrity wax museum.

“I’ve never been to a wax works museum, it’s one of my dreams,” Tucker says. “Because we can only go five kilometres at the moment, if it was right next door to my house that’d be perfect … Not that I’d be able to go inside, but maybe they could put some outside on the lawn.”

“Aren’t they gonna melt on the lawn?” Cisco whispers. Tucker just shrugs. “Yeah, but that might be even more effective,” she says.

So Cisco designed the faux-campaign flyers and the pair printed out 1000, dropping them off in letterboxes on their walks around the neighbourhood.

Another flagship project on Tucker’s agenda is Brunswick Beach, in which she proposes turning the car park of the Albert Street Woolies (where she’s worked on and off for 10 years) into a world-class surf beach.

“One time I saw them digging up the car park for real and I was like, ‘Maybe they’ll finally turn it into Brunswick Beach!’ But they didn’t, they just re-did the car park,” she says.

“You could hear it sometimes, blowing through the corrugated iron,” Cisco adds, to which she replies, “I like to pretend that the sound of traffic is the ocean sometimes”.

Tucker’s CV is pretty stacked. Her achievements include winning a lolly-jar guessing contest in 1997; coming third in minigolf (out of four people); once holding a learner’s permit; being an experienced pedestrian; and winning Moreland’s Got Talent 2020 (no, really).

“I couldn’t believe it. I’d never entered a talent competition, it was on my bucket list. Danny and I worked together and made this song about Sydney Road and everyone loved it. We got the people’s choice vote and we won first place,” she says.

And were there any campaign ideas that hit the cutting room floor?

“Carbonating Coburg lake, wouldn’t that be spectacular?” she says. “Maybe with pink lemonade – the ducks would love it. And we could all have little straws and have a drink every now and then … but that’s a Coburg thing, that’s different. That’s not Brunswick.” Win: A Degustation from One of Gippsland's Best Chefs at the Australian Open (Plus Night Match Seats)