Henry Wagons, frontman of the Aus-country act that bears his name, discusses teaching, touring and his enduring love of Nashville. 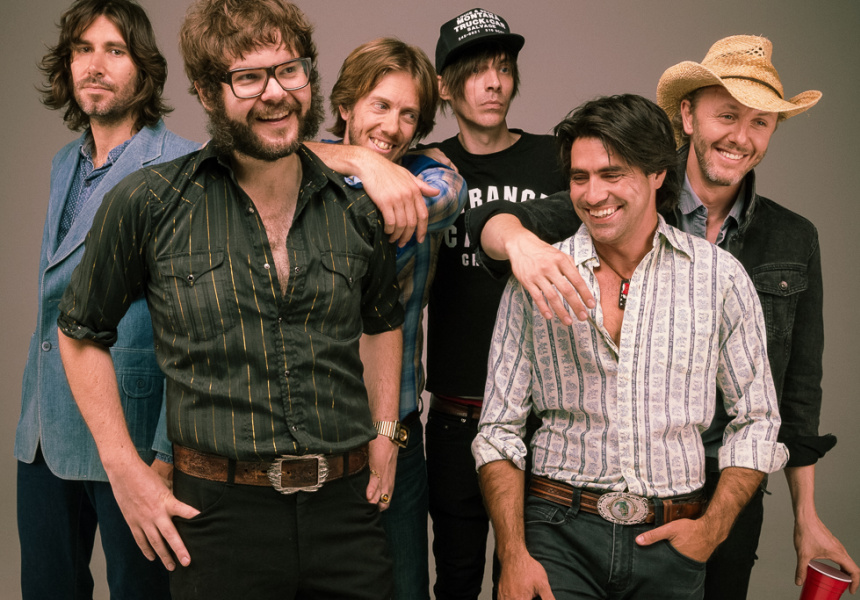 “I was looking forward to walking into a room with a bunch of hairy dudes and making a whole lotta noise,” says Henry Wagons, frontman of his eponymous band. Though the smooth country showman has bounced between projects – most recently his 2012 solo record, Expecting Company – Wagons reunited with his fellow band members to create Acid Rain & Sugar Cane.

The well-bearded Wagons grew up in the outer suburbs of Melbourne, but currently lives with his dogs in his Mount Martha studio on the Mornington Peninsula. “I feel like it’s my spiritual home. There’s more beach walks through strange foliage than the dirty streets of Carlton.”

Between writing and recording, Wagons ducks down the local strip to a cafe named Via Battisti. “It’s a cool joint. I feel like I’m in the thick of Melbourne,” he says. “And, if I so desire, I can enact Melbourne inner-city-wank out here on the peninsula, it’s perfect.”

This beachside studio is where Acid Rain & Sugar Cane (Wagons’ sixth album) was recorded, under the producing talent of Mick Harvey from The Bad Seeds. The album isn’t a departure from the whisky-scented country-grunge Henry and co. usually make, but it’s an extension. The band is the happiest it’s ever been with a finished product.

The album’s title, explains Wagons, comes from a lyric in the second track Hundred Years or Six Foot Down. “It’s a good little metaphor for the strange emotional trips we go on,” he explains. “From the bitter, harmful acid rain to the sweetness of sugar cane, often in the course of five minutes.”

Wagons began writing material for the album on a 2012 tour of Canada, a country where Wagons has grown a cult following. Consequently, Wagons spent more time in the last five years travelling across North America than here in Australia. Naturally, the songs Wagons wrote became infused with the experience of touring. “The faces, places and journeys we’ve been on once the stage lights are turned off,” he says are what influences the songs on this album. “The people you meet and the art you see, all the stuff around the edge of the musical life are what make the biggest impact on the sound of the record.”

His experience of the States left Wagons with a special place in his heart for the country-music oasis of Nashville. “It’s my favourite city in the States,” Wagons says. “I’m always fascinated by places where the best and worst of Western culture meet, and Nashville is one of those. There’s a tornado formed by punk rockers and right-wing forces. It’s a very cool place to be.”

Before going full time with the band, Wagons taught English to a room full of pre-pubescent school kids. It might seem like a contrast to his current work (or a plot for a Jack Black film) but he says the two careers are, in some ways, naturally related. “I think it takes a lot of confidence to get in front of 30 pesky kids, there’s an element of performance to teaching,” says Wagons. “It allowed me to spend almost as much time as I liked on music and still pay the bills.”