Ten things worth missing sleep for. 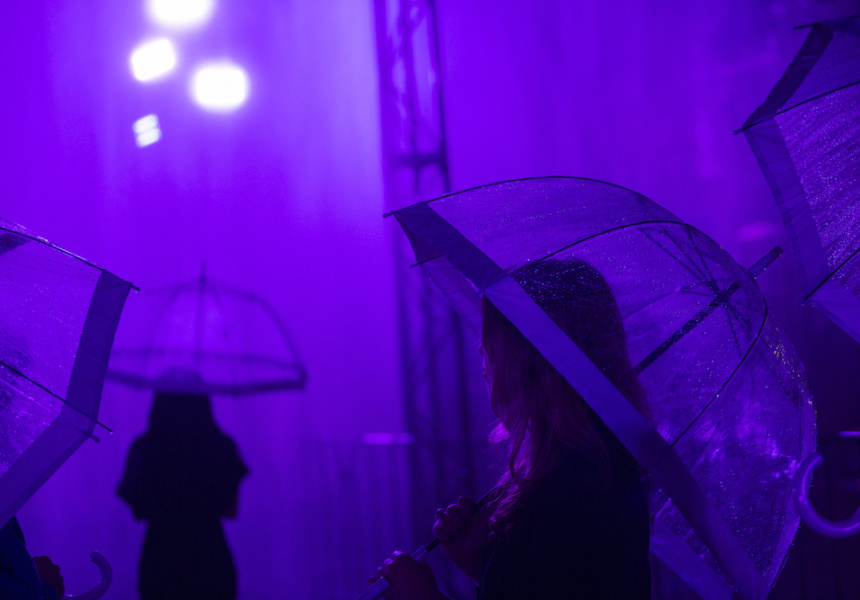 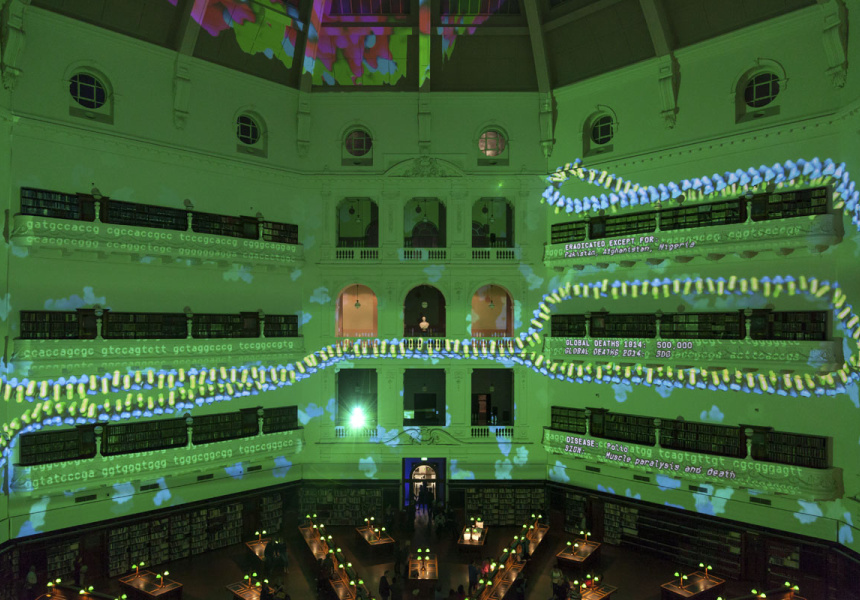 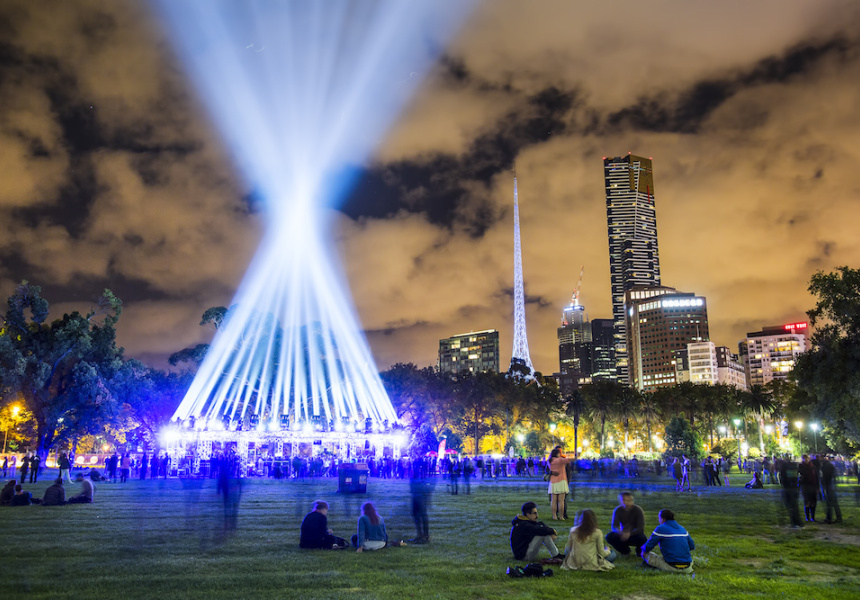 This weekend White Night returns to Melbourne for the fifth time, transforming the CBD into a glowing, technicolour dreamscape.

But with a new artistic director, David Atkins, things might feel a little different this year.

As usual, the facades of the city’s most iconic buildings will be covered with large-scale colour projections. A stretch along Flinders Street – between the Forum and Chapter House – will be transformed into Electric Canvas’s Fractured Fairytales, a light work inspired by animations, from The Rocky and Bullwinkle Show, to Shrek.

But Atkins’s performing-arts background means there will be a focus on more immersive experiences, as well as plenty of high-energy performances.

Atkins recommends starting your night in Alexandra Gardens and working your way down to Carlton Gardens. “Aside from reasons of crowd control, you can only appreciate most of the projections from 8.30pm onwards,” he says. While Alexandra Gardens will be filled with installations, the main projections will appear in the city center and along its northern fringe.

Here’s our pick – with Atkins’s help – of what to do on Saturday night, from the energy-intensive to the lazy and relaxing.

Rhythms of the Night

“This will be the first time a White Night projection has been properly 3D,” says Atkins of Rhythms of the Night. “The building will be literally transformed.” Artists in Motion’s 3D light projection on the Royal Exhibition Building facade is all about what you’ll be going without: sleep. The piece explores sleep’s various stages and takes inspiration from the dreamlike world of author Antoine de Saint-Exupéry (The Little Prince) to build this surreal landscape.

For one night only, go scuba diving in the State Library. Sheree Marris’s 360-degree projection will flood the domed ceiling of La Trobe Reading Room with the underwater landscape of Port Phillip Bay. “The cinematographer involved specialises in photography, and [Seadragon’s Lair] explores the actual marine life of Port Phillip Bay – it will be a truly spectacular piece,” says Atkins. This immersive spectacle is part documentary, part art installation, and part soundscape.

This projection on the Degraves Street entrance to Flinders Street Station draws from the history of the land – all 40,000 years of it – in a visual narrative that puts the Indigenous Australian experience at the forefront. “The Pitcha Makin Fellas, an Indigenous collective from Ballarat, have done a really great job of putting these images together,” says Atkins. It’s an important reminder that this country comprised up to 300 nations before colonisation, and we’re more than one nation still.

If you’re done with walking, drop into one of the comfy couches along Lonsdale Street and catch a movie. The winner of the inaugural Made in Melbourne Film Festival Script to Screen initiative – Saara Lamberg’s Half – will be a highlight of the line-up. Also screening will be the best films from Tropfest and a selection of standout films by Victorian College of the Arts graduates.

This ethereal light-and-sound installation by French artist Pierre Ardouvin has made previous appearances at the 2011 Paris Nuit Blanche and White Night Melbourne in 2014. After the passing of Prince last year the piece is more meaningful than ever. The artist invites you to pick up a transparent umbrella and walk underneath the purple rain.

The flame-throwing, music-bellowing Pyrophone Juggernaut is a giant metallic structure based on a 250-year-old musical instrument. And it looks like a pirate ship. Operated by multiple musicians and performance artists, this fierce and fiery spectacle will give you Mad Max flashbacks.

Cirque de Soleil performers will be freed from the circus big top to wander the streets. Featuring an international cast of 50 acrobats, musicians, singers and actors, this is your chance to see some of the best circus performers unleashed on the streets of the CBD.

This year Broadsheet is throwing an all-night White Night party in an old cathedral with Supernormal, Alpha60, Edd Fisher and Tin & Ed. The team from The Beaufort is supplying the cocktails, Supernormal has your midnight feast covered, and Edd Fisher of Wax’O Paradiso has put together tunes to take you from 7pm until 7am. All this will be happening amidst a radical light projection by internationally acclaimed design duo Tin & Ed. Entry is $10 on the door, but early birds get in free.

Swing City represents the more immersive side of the White Night program. This all-night dance-a-thon will turn usually corporate Collins Street into a non-stop celebration of movement, set to the sound of Big Band legend John Morrison. It features almost every form of social dance – from swing to tango – so this is your opportunity to channel La La Land on the streets of the CBD.

White Night 2017 will show more live music than ever; there are five stages around the city from Bourke Street to Queen Victoria Gardens. The Live Music Marathon will take place on the first stage on Bourke Street – the designated “rock and pop” stage. The diverse music line-up includes The Scrims, The Seven Ups and Felix Riebl.